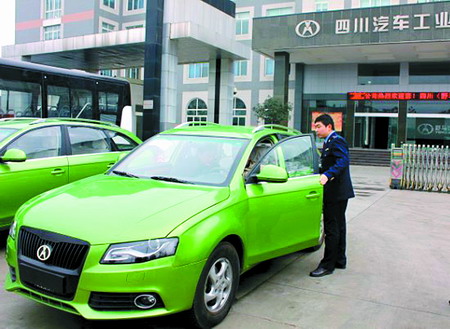 Yet another electric taxi project in China. This is the Yema F16 EV taxi. One hundred very green Yema F16’s will be put to work in the Longquanyi District in the great city of Chengdu in Sichuan Province. Chengdu is also Yema’s hometown. 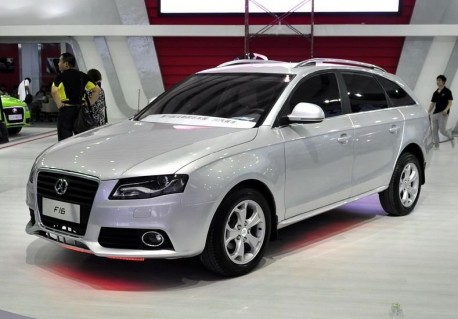 The Yema F16 was design-wise inspired by the Audi A4 and debuted as a concept on the Chengdu Auto Show in September last year. On spy shots before that we saw a patrol engine in the F16’s engine bay. The F16 hasn’t been listed on the China car market yet, the project in Chengdu is just an experiment again.

The electric Yema F16 has a 120km/h top speed, a range of 250 kilometers, and charging takes only 3.5 hours on a fast-charger. Chengdu has ambitious green-car plans, it wants to have 330 electric buses and 220 ‘public service vehicles’ by the end of 2012.