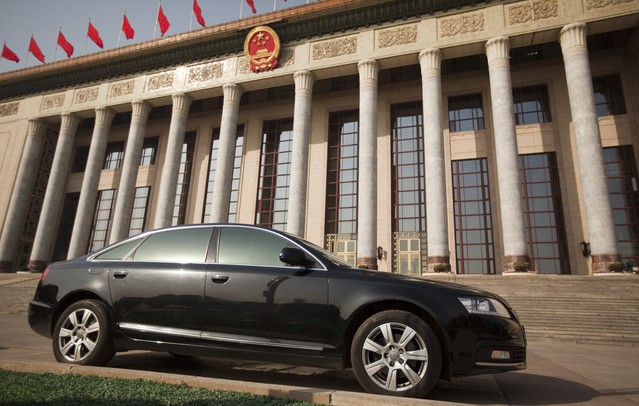 The European Chamber of Commerce in China said Monday it is disappointed with a proposed list for official auto purchases that includes only car models from Chinese automakers.

The EU business group said the list runs contrary to China’s commitments to keep its markets open and may cut off foreign joint ventures’ access to sales of 1 millions vehicles a year.

It urged the government to revise the list to “include all cars that meet identified cost and engine size limits.”

China’s Ministry of Industry and Information Technology is seeking comment on the list before making it final. It includes models from automakers such as BYD Autos, Chery Automobile Co. and FAW Corp. but none from foreign joint ventures.

Many foreign automakers are relying on growth in China to make up for languishing sales back home, and sales to government and Communist Party fleets are a major source of demand.

The list would “serve to exacerbate discriminatory treatment against foreign automobile manufacturers in China and also decrease innovation in the sector by further restricting the forces of healthy competition,” the EU Chamber said in an emailed statement.

China has relied heavily on foreign automakers’ joint ventures with domestic manufacturers to build up the world’s largest car market, in terms of the number of new vehicles sold. Despite the industry’s rapid growth, the persistent gap between domestic brands and their global rivals remains a source of deep frustration for Beijing.

Foreign-model cars remain favorites both for private buyers and for Chinese officials, with Audi’s and Mercedes viewed as powerful status symbols.