ABT Audi R8 V10 with Lambo-doors in China 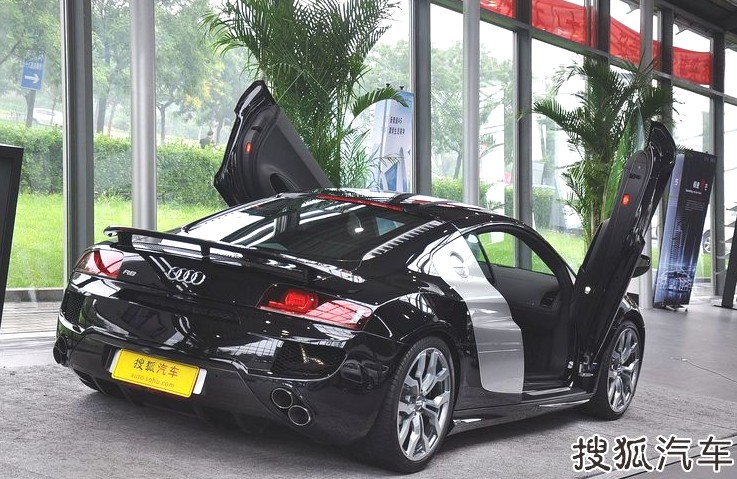 A very special Audi R8 has popped up in an Audi dealer in Beijing. The famous German tuner ABT fitted a fat-ass carbon fiber body-kit, lowered the suspension, added some more extra wings, and tuned up the mighty 5.2 V10 to 600hp and 550nm. But that ain’t all, this particular black example is also equipped with handy Lambo-doors, as far as I know a first for ABT-tuned Audi’s. 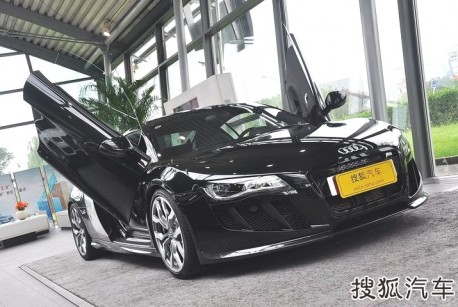 The Lambo-doored R8 is not on sale yet, it is a demonstration model brought to China to check potential interest. My guess is selling a few o those monsters in China shouldn’t be a problem at all, no matter for how much. The standard R8 is rather popular in China, especially with the V10 fitted. Earlier on we saw some fine examples: matte-black, trying to get the mail first, China-only limited edition, in blue and in matte army-green.  None of those great R8 however, came with Lambo-doors. 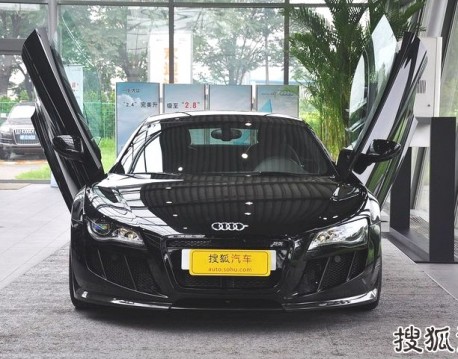 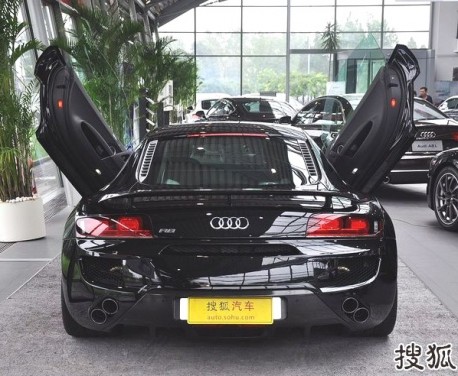 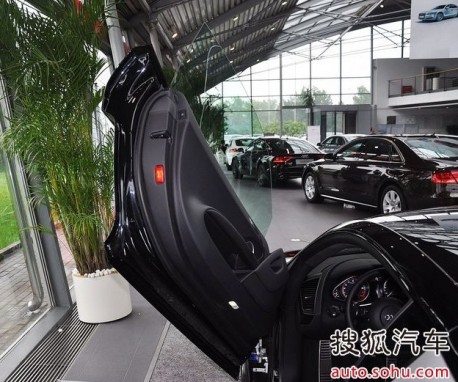 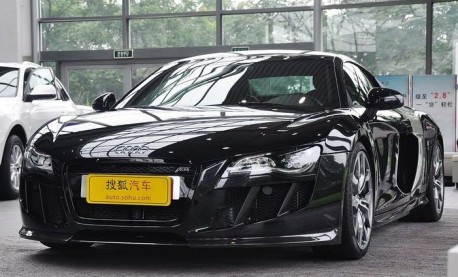 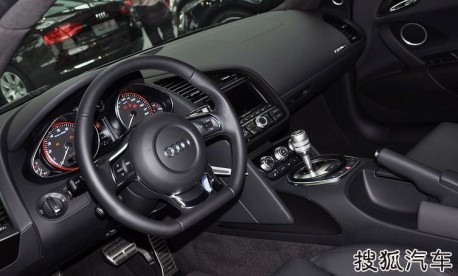