Nissan GT-R is a silver Pirate in China 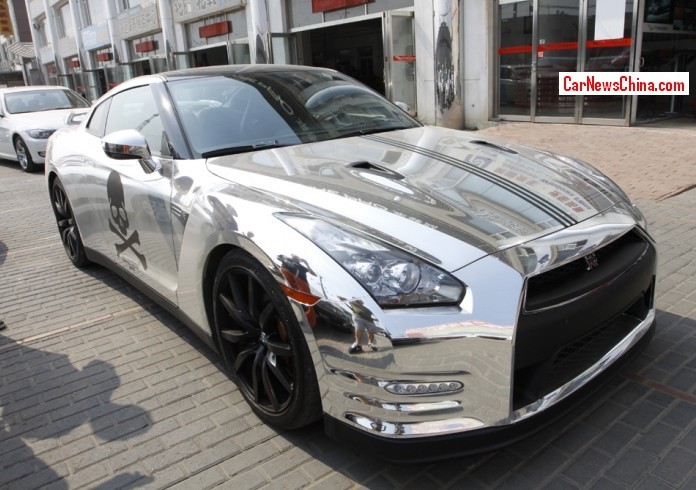 Early Wednesday afternoon in Beijing, time so for Bling! Here we have a very shiny silver Nissan GT-R with pirate stickers on the doors.

We have seen those before on a Ferrari 599, the pirate-thing has something to do with Mastermind Japan, a bloody clothing company, which makes these stickers kinda gay. But we should not complain! We know a man who knows a man who knows the owner of this Nissan car, so we don’t wanna fight here, at least not before Friday night with ‘nough beer on the table. 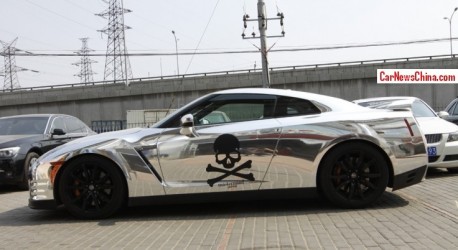 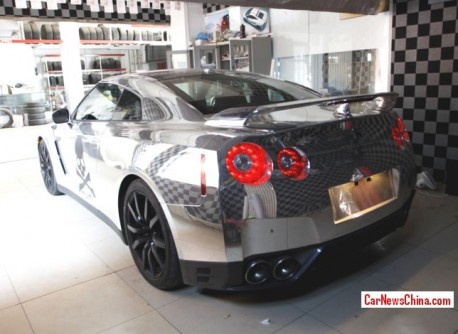 Shiny shiny shiny! The Nissan GT-R is a popular car in Chinaland, various owners like to sex it up a bit with weird colors and other extra’s. Some are successful, some not. This is our collection: pink&black, orange, Lioncel,  green-blue-pink, gold, lime-green, and police. The GT-R is likely the fastest car in the world, but in China it doesn’t come cheap, there is only one and it costs 1.5 million yuan or 235.000 USD. No kidding! 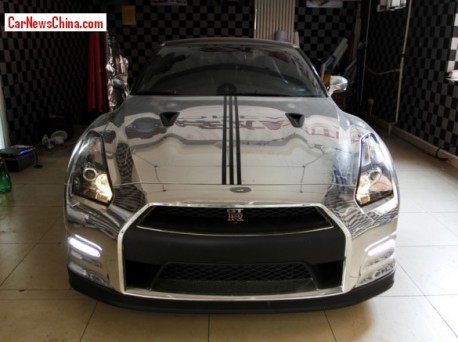 Black racing stripes are questionable but if it helps to go faster, well, why not? 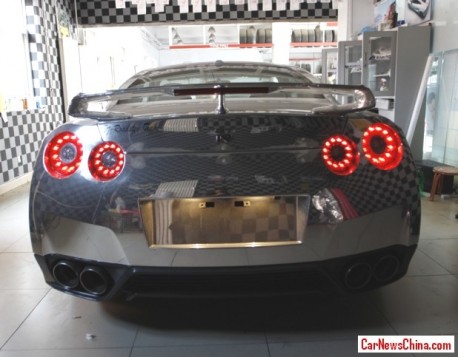 Back is bare, no racing stripes here.