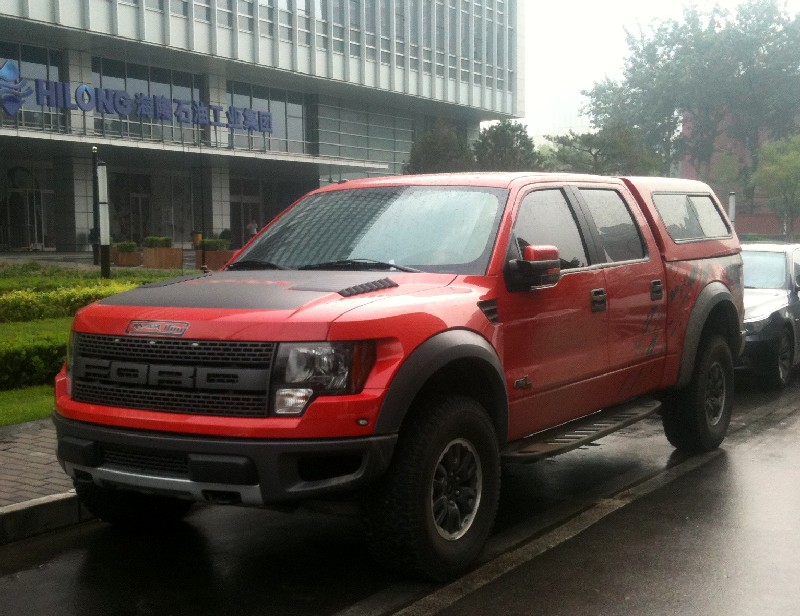 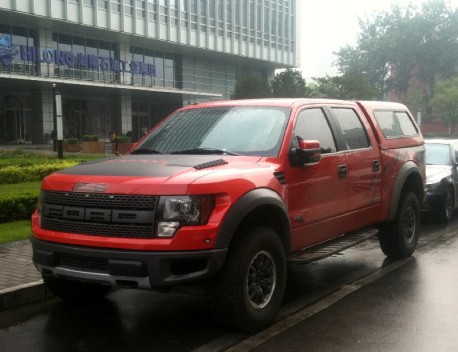 The mighty Ford F-150 Raptor is mighty popular in China. Not thanks to Ford but to the gray market that imports the monster pickup trucks directly from dealers on the US West Coast. Up until now I have seen tons of Raptors in Beijing alone, but all were the SWB Single Cab. A few days ago I met the very first Ford F-150 Raptor Crew Cab, parked on a street not far from my home in Beijing. 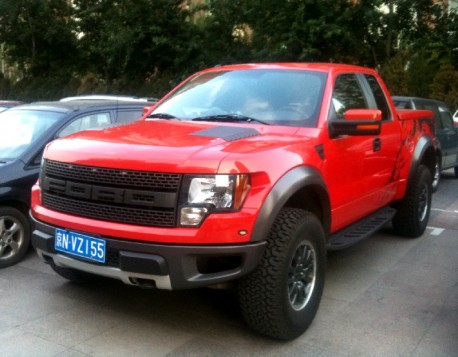 Coincidentally I met another Raptor almost that same day, in almost the same area in the capital. See what Ford is missing? The Raptor costs anywhere between 650.000 and a million yuan in China, that is between 105.000 and 160.000 USD. A big mark up for the gray boys! We told Detroit about this but nothing seems to happen yet, and it is very much the same story with the Ford Mustang.