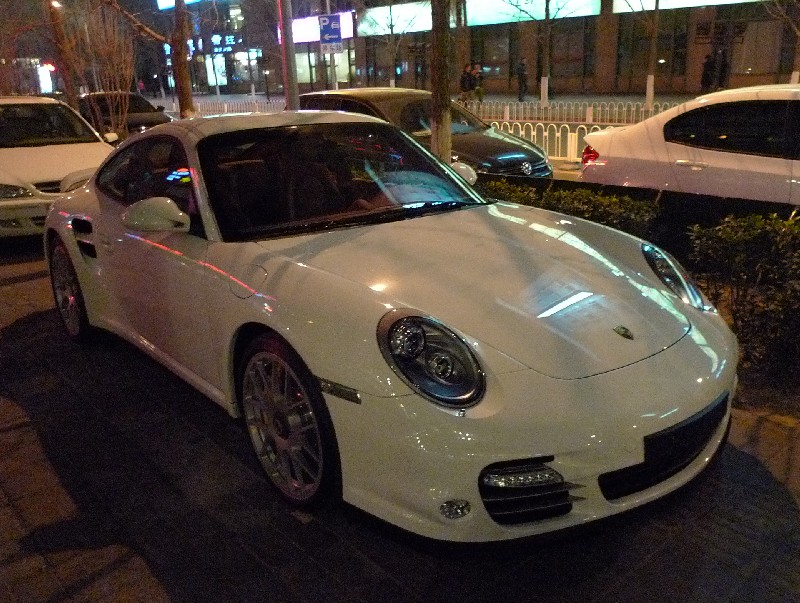 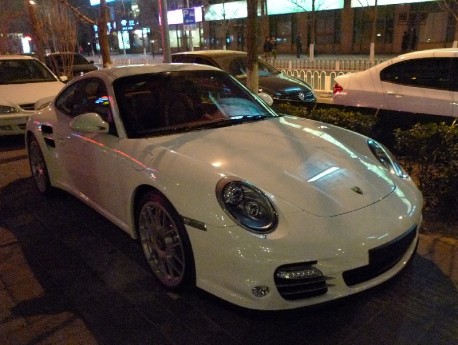 A wild ‘n white 997 Porsche 911 Turbo S seen late at night in my own street in Beijing. The Turbo S is basically a sexed up Turbo and debuted in 2010. The 3.6 liter twin-turbocharged flat six was tuned up to 523 horsepower, up 30 compared with the standard 911 Turbo. 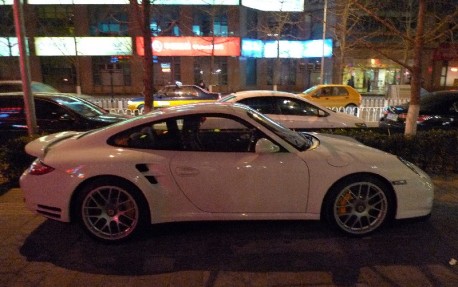 The Turbo S came with the PDK gearbox, sport exhausts and reworked suspension. Top speed was 315 km/h and 0-100 was gone in 2.7 seconds. A seriously fast machine and very rare in China. We met only one 997 Turbo S before, and that was the extremely rare Porsche 911 Turbo S Edition 918 Spyder. 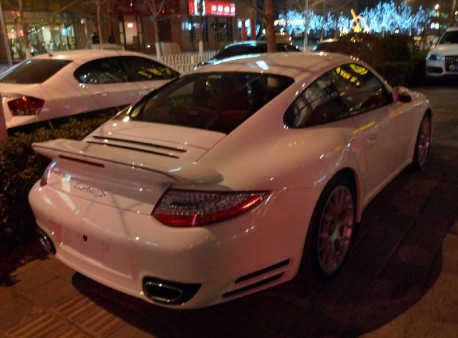 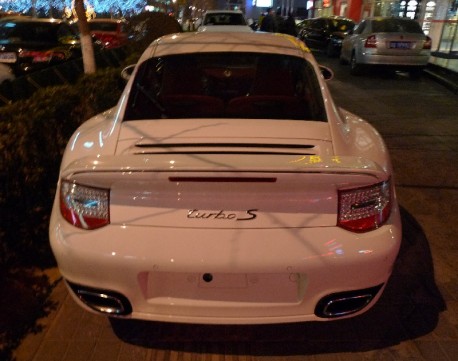 My home is about 200 meters from here. Turbo S can fix that is less than two seconds.