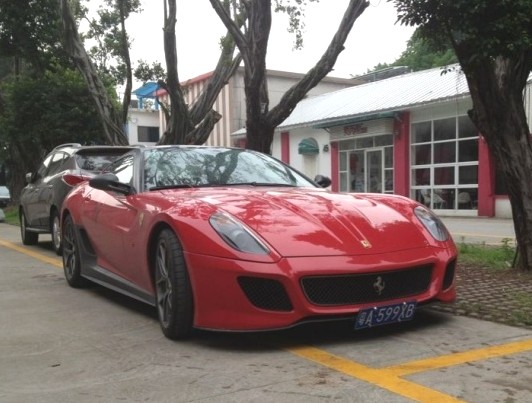 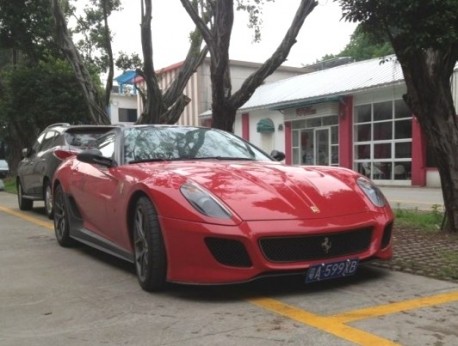 An incredible fast Ferrari 599 GTO seen in an upscale suburb of the great city of Guangzhou in Guangdong Province. The vehicle is painted in red & matte black with matte black alloys, a great combination for a great car: 6.0 V12 with 670hp and 620nm, top speed is 325km/h and 0-100 is gone in 3.6 seconds. 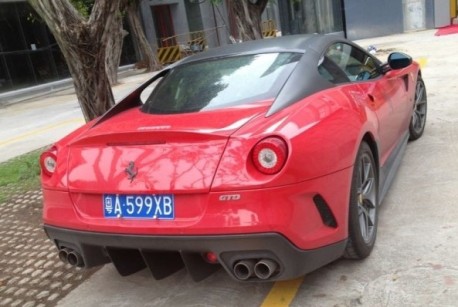 The best license plate for a 599! The GTO debuted on the Beijing Auto Show back in 2010, a year before China became the biggest market for Ferrari. Only 599 599 GTO’s were produces and this is number five we see in China. Earlier on we met a yellow 599 GTO, a special-edition orange 599 GTO, a white 599 GTO example and a red 599 GTO.