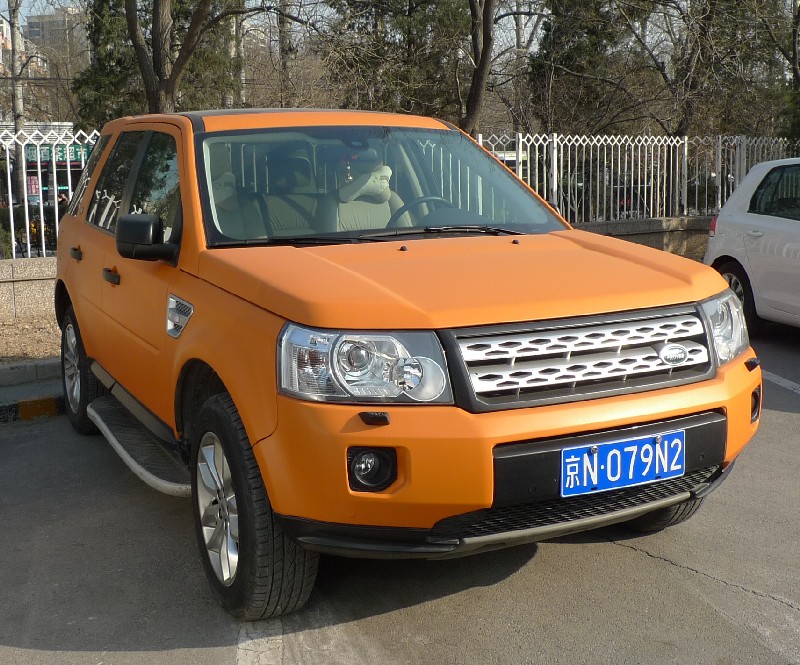 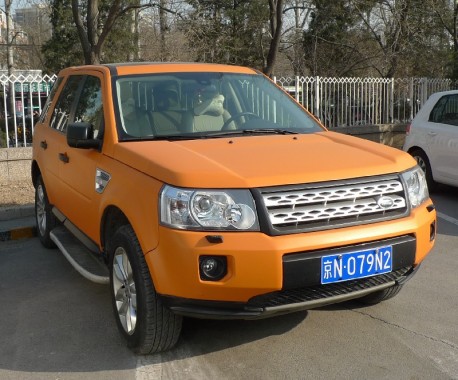 A striking Land Rover Freelander wrapped in matte orange, seen on a parking lot near the Lido Hotel in Beijing where I also met a first generation Lexus LS400. The wrap seemed of medium quality but was neatly applied over the bumpers. The mirrors however, were sadly forgotten. 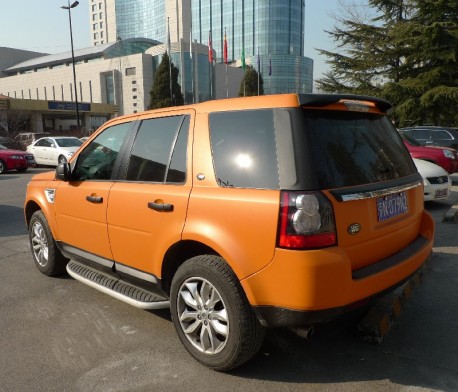 C-style left black, likely deliberately for contrast. Alloys are standard-sporty five spoke, where something matte black would have been better here! The Land Rover Freelander is imported into China, price starts at 398.000 yuan and this is the first modified example we see. Orange however is getting cool for SUV’s, earlier on we met an Infiniti FX35 in the same color.