Ferrari 599 GTO is Blue in China 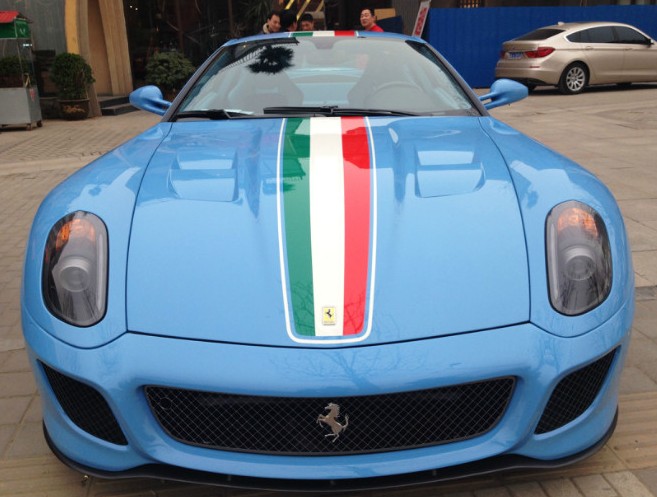 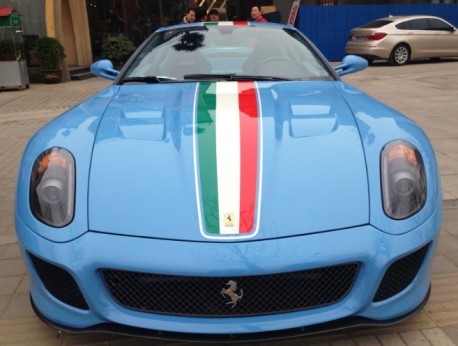 A very blue Ferrari 599 GTO, seen in the great city of Zhengzhou in Henan Province. This special kinda blue, know as ‘azzurro‘, is the national color of Italy.  The GTO is further Italianed by a racing stripe in the colors of the Italian flag, green-white-red-no-blue, with a white line around. The Chinese owner of this Ferrari supercar apparently likes spaghetti. 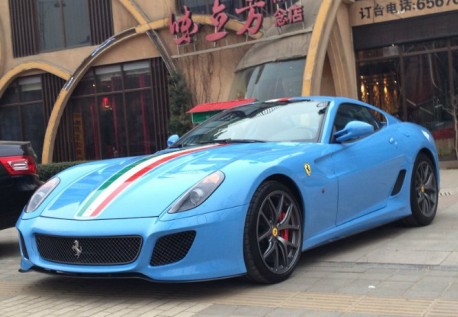 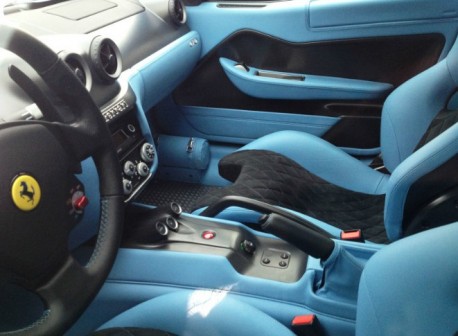 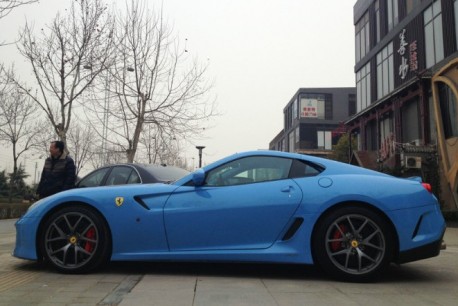 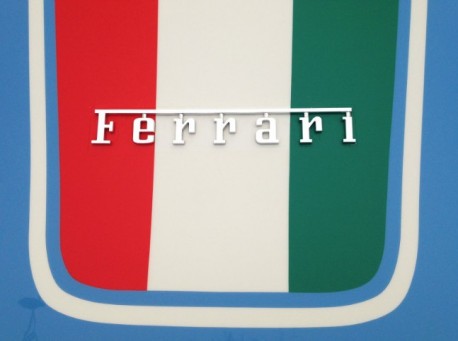 Flag-without-blue racing stripe goes over the roof to the rear and stops short of the rear wing. 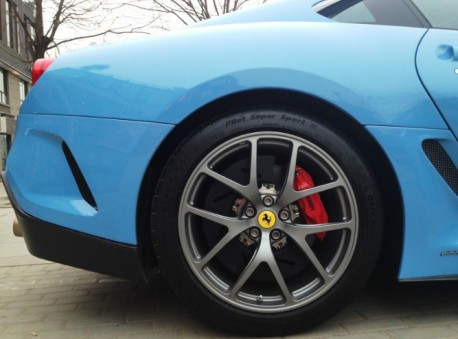 Alloys can make a grown man feel dizzy, especially around 17:00. 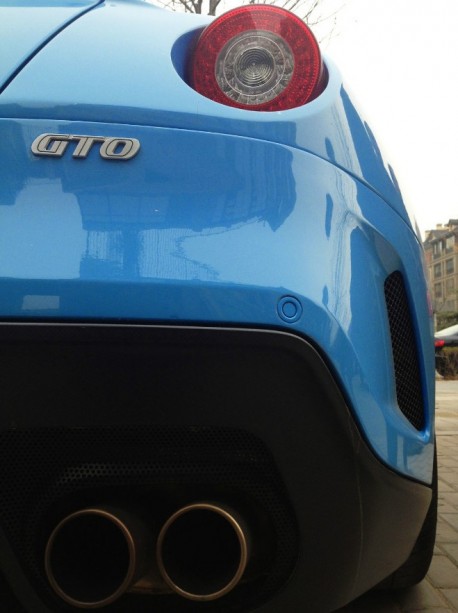 The GTO, not just a car, but a myth even in life. 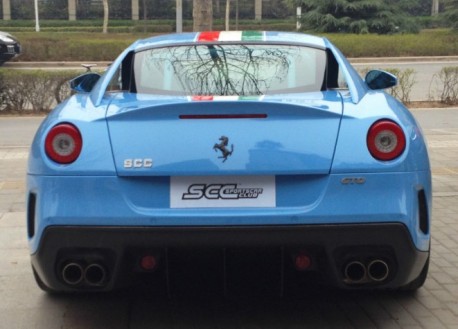 Ferrari’s famous horse painted in black! Italians won’t like that a bit…