Bugatti Veyron is Black in a Shanghai Night 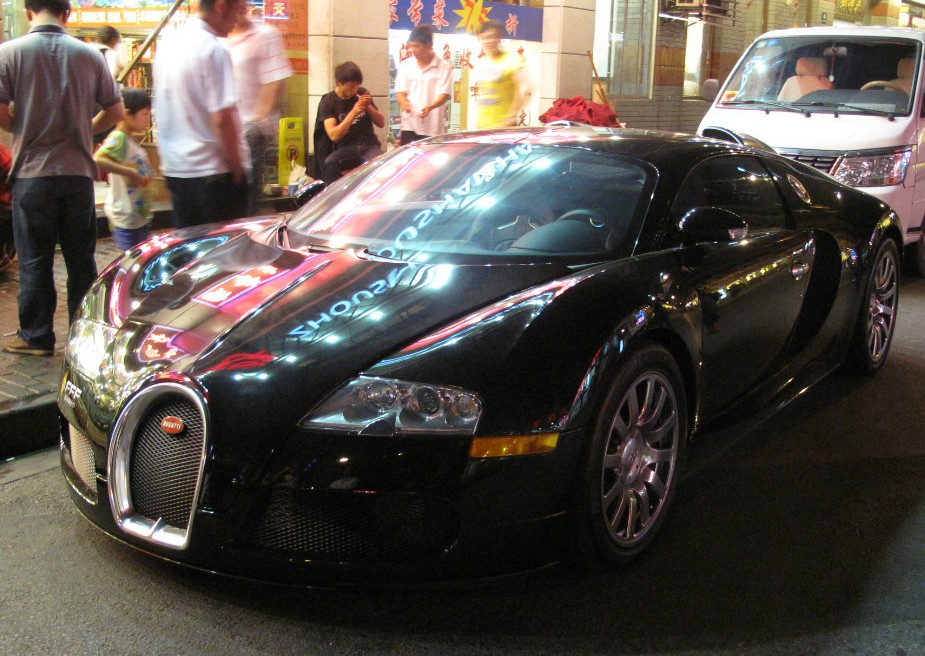 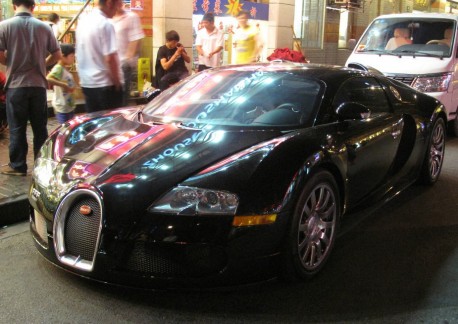 A beautiful black Bugatti Veyron seen at night in a traditional neighborhood in the great city of Shanghai. The Veyron is not officially available in China anymore, but good-as-new exaples keep arriving from abroad. This particular black car came from Beverly Hills. 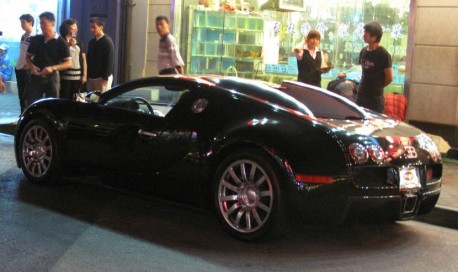 When new the Bugatti was priced at a dazzling 24.5 millon yuan or 3.88 million USD. The exact number of Veyrons in China is unknown, but we are sure of at least 15 cars. Bugatti launched two China limited editions of the Veyron which were even more expensive: Bugatti Veyron Super Sport Edition Merveilleux, spotted, Shanghai, and the Bugatti Veyron Grand Sport Special Edition, 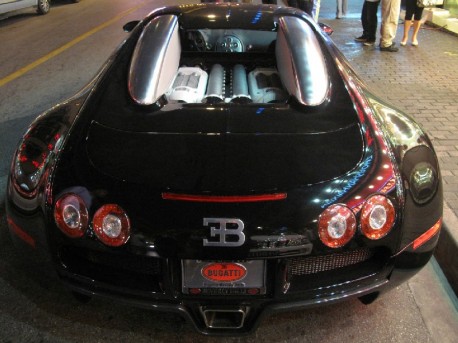 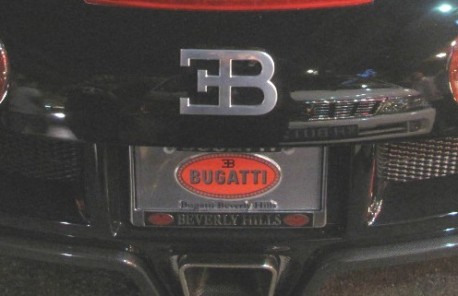 Bugatti Beverly Hills (web). Wealthy Chinese car buyers still want more Veyrons, and for enough cash they will come. Supercar makers often allocate a certain number of cars per country, but in this modern world, with things like the internet, airplanes and online banking, allocations are rendered completely useless. 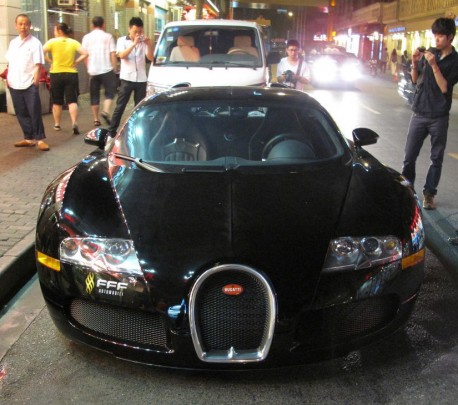 Note sticker under head light. FFF Automobile, China’s most famous supercar broker. Back in September last year FFF organized a supercar even on the Shanghai F1 circuit, with a lotta babes and with this very same Bugatti. 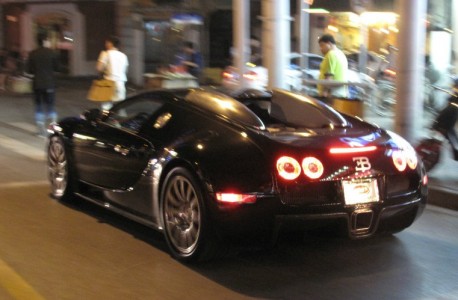 Into the Shanghai night…