Lexus LS400 in Red with a Body Kit in China 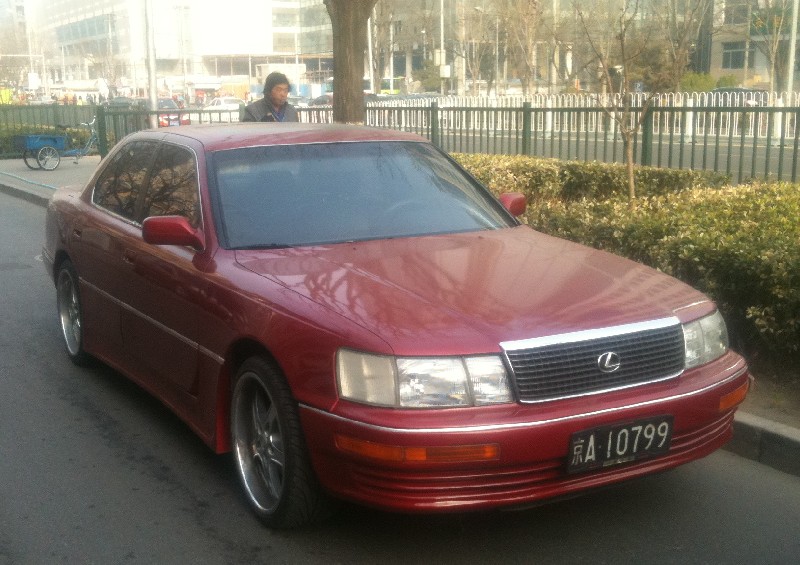 A very clean and very red Lexus LS400 sedan, seen on a street in central Beijing, not far from the place where I earlier met a 1982 Mercedes-Benz 190E. The superb sedan looked perfect in red, showing the underestimated brilliance of a 25 years old design. The great great vehicle is further sexed up by a body kit, with especially impressive side skirts, shiny 5-spoke alloys and racy low profile tires. 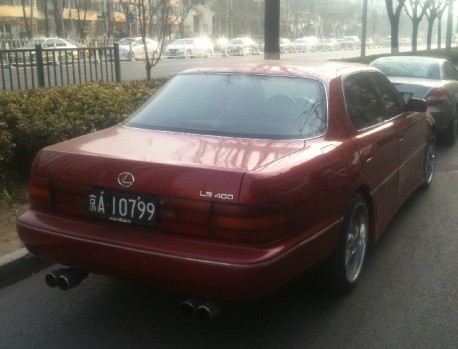 Giant exhaust pipes sticking out far from the bumper make this Lexus a racer even more… The first generation Lexus LS400 was made from 1989 until 1994 and never officially exported from China, but some arrived via gray and other semi-legal markets. Power came from a smooth 250hp 4.0 V8 engine, mated to a 4-speed automatic. We have only seen two first generation examples in China before: a silver example in Beijing, a police car in Zhuhai and a crazy car in Beijing.