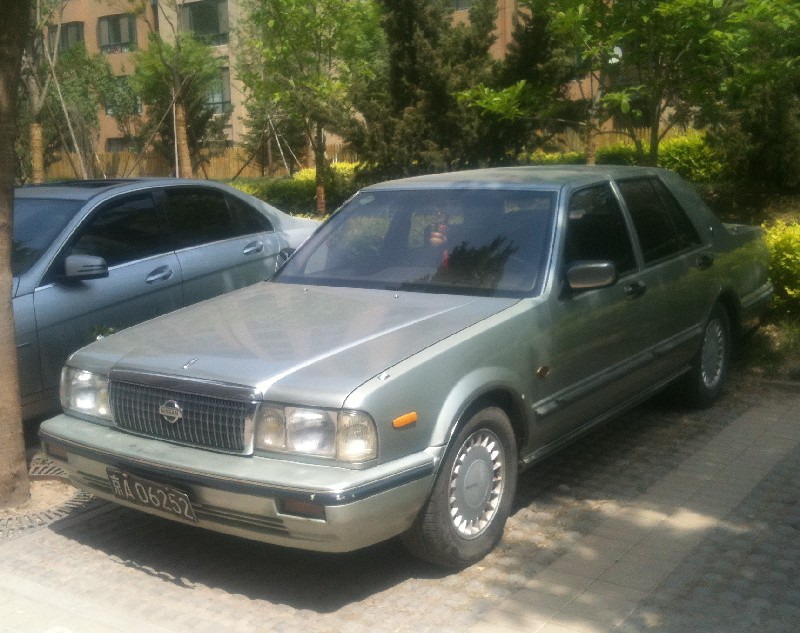 A very sleek Nissan Cedric Brougham VIP in silver, seen in a faraway suburb in Beijing. TheY31 Cedric is still a rather common sight in the capital but all I met so far were black so this fine silver example is a welcome change. The vehicle was in perfect shape, all-original without a spat of rust. 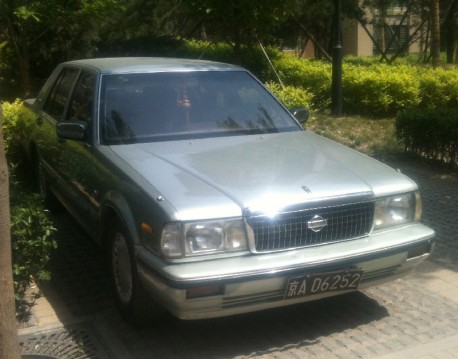 The seventh generation ‘Y31’ Nissan Cedric started in 1987 and continues until today, now called YPY31, and mostly sold to taxi companies in various countries in Asia. The silver car seems to be an early 1990’s example. The Brougham VIP was the most luxurious variant of the Y31 Cedric, loaded with chrome and wood. Power came from a smooth 153hp 3.0 V6 sending power to the rear wheels. One of the best Japanese limousines of the 1990’s! Earlier on I saw a black Y31 and an extremely beautiful white V-30 SGL.