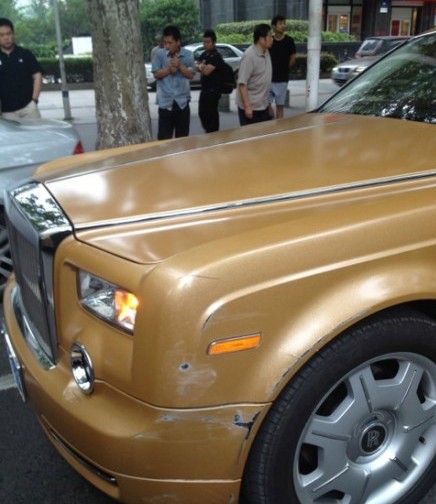 High drama in the great city of Nanjing in Jiangsu Province where a brown Rolls-Royce Phantom hit a Peugeot 307 sedan. The Roller hit the Peugeot 307 hard in the flank when the latter was changing lane. Fortunately nobody got hurt and the damage to the Phantom doesn’t seem too extensive. 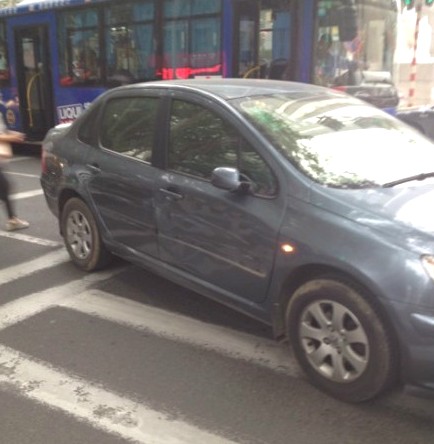 The Dongfeng-Peugeot 307 looks much worse. The front door needs to be replaced and the rear door repaired. Police is still investigating the cause of the incident but witnesses say the Roller just bumped into the Peug without any apparent reason. 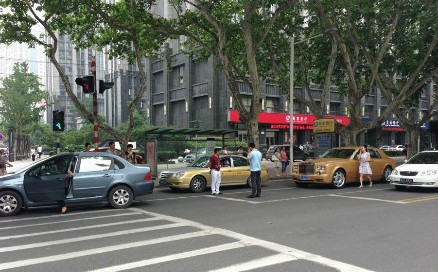 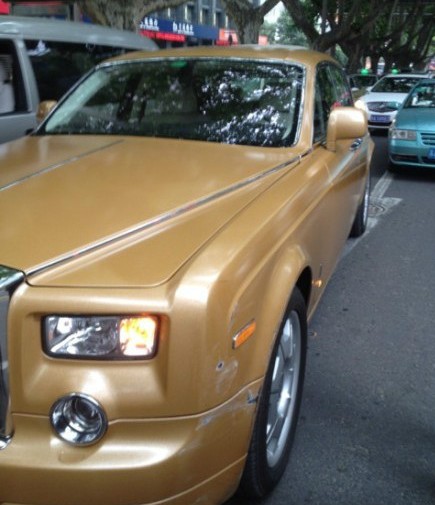 The first time we see a Phantom in China in diarrhea-brown, looks kinda kinky…