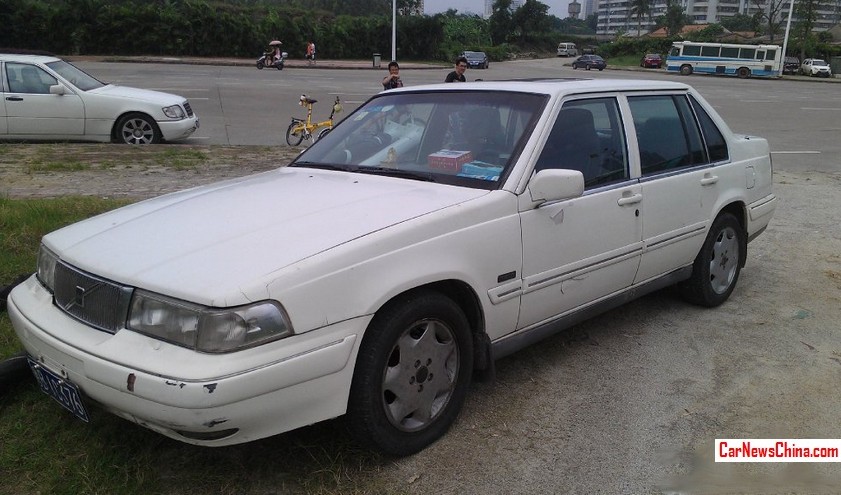 A very white but slightly messy Volvo 960 sedan, seen in the great city of Foshan in Guangdong Province. Note W140 Mercedes-Benz S-Class in the background. The Volvo 960 was built from 1990 until 1997, this is a facelifted example which was made from 1994.

The Volvo 900-series was never officially exported to China so they are a rare sight on Chinese roads. Earlier on we met a Volvo 960 Royal and a Volvo 940 GL. Some cars arrived via diplomatic channels, and the Chinese government bought a few armored 960 limousines for convoy duties in the early 1990’s. However, this sweet white car isn’t one of those. It is likely a US-spec vehicle, recognizable by the black Volvo badge behind the front wheels.