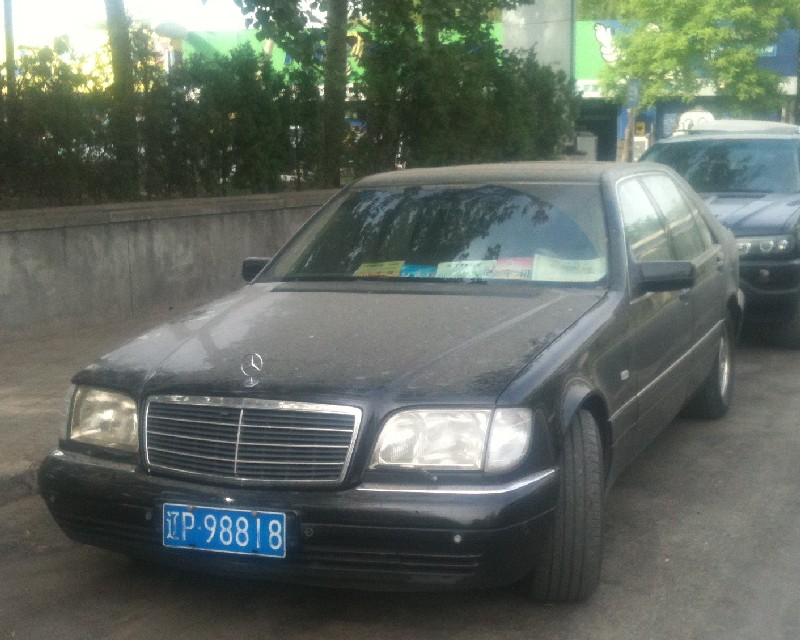 A very dusty but otherwise clean W140 Mercedes-Benz S500 in black, seen close to the eastern section of the Fourth Ring Road in Beijing. The fine limousine seemed to be in reasonable condition. No visible rust, chrome still shiny and no missing parts, but it sure needs a good clean up. 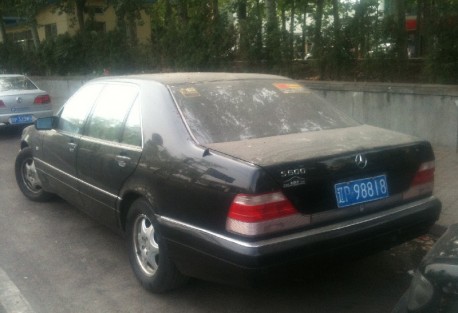 The majestic Mercedes-Benz W140 S-Class was made from 1991 until 1998, it was the first S that was officially exported to China. The S500 was powered 5.0 V8 with 330hp and 480nm. The biggest customers in China were the Chinese government, state-owned companies, and state-owned hotels.