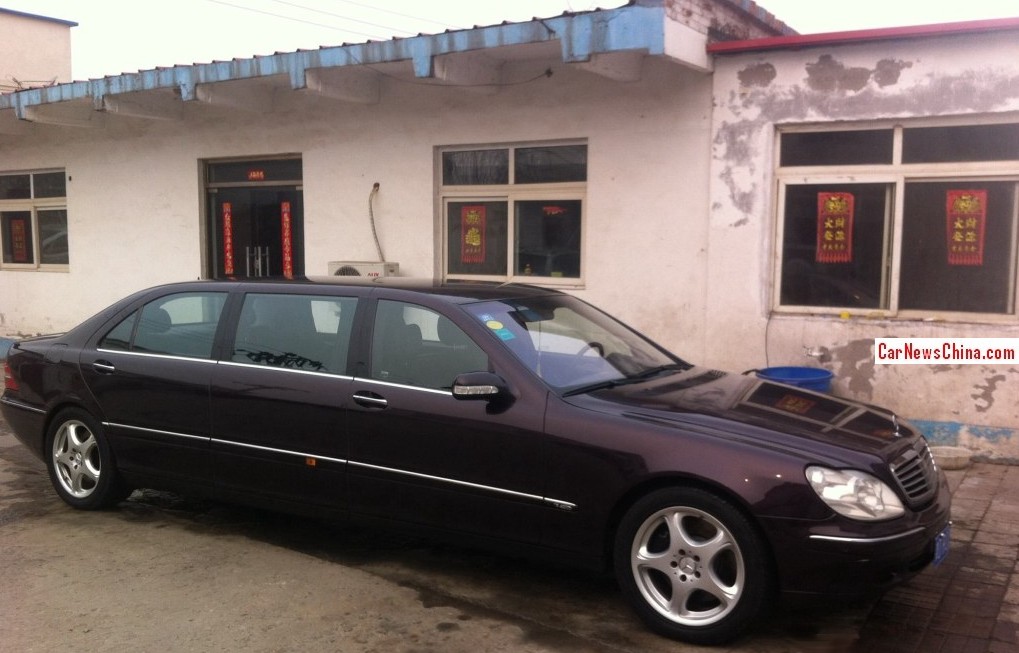 A monstrously big W220 Mercedes-Benz S-Class Pullman, Spotted in China in the faraway suburbs of the great city of Tianjin. The W220 S-Class was manufactured from 1998 until 2005. The ultra luxurious Pullman arrived in 1999. Wheelbase was extended by one meter compared to the W220 L, bringing the total length to 6.158 meter, just a tad shorter than the massive Maybach 62S! 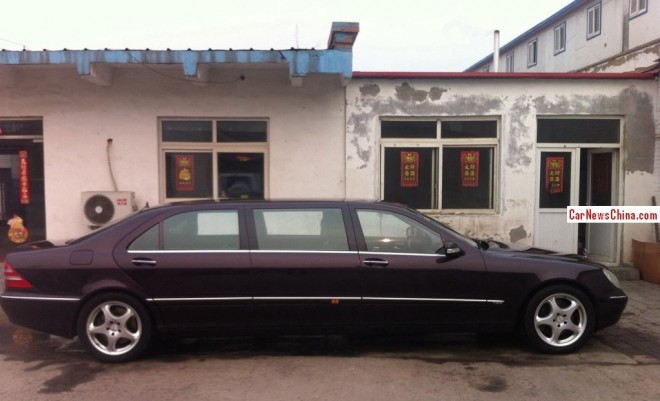 The W220 Pullman was so huge it needed additional warning light on the sides. The limousine featured an enclosed passenger compartment with four captain seats in a face-to-face seating arrangement. The Pullman came with all goodies imaginable, including an intercom system for communication with the driver, a bar with a cooled compartment for drinks and glasses, multimedia-consoles with two monitors, DVD-player, TV-receiver, tray tables, car phone and telefax device, and a Hi-Fi-soundsystem. Amazing, the sporty 5-spoke alloys were factory-standard. 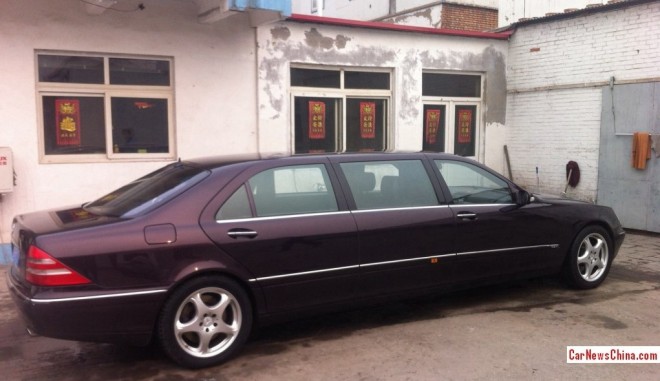 The Pullman name is well-known in China and will make a return the sop-spec variants of the current S-Class. Sadly, Pullman monsters are relatively rare on Chinese roads, we got only two: a W100 600 Pullman and a W140 Pullman.