Our distinguished Reader Chiprdan lives near the still-not open Tesla store in the Pudong area in Shanghai and went for a short visit, thank you for the pictures! The building is a giant two-story structure in similar style to the Tesla service center I visited in Beijing. Construction seems completely finished with the glass walls protected by large white boards. Parked cars might indicate there is some activity going on inside. 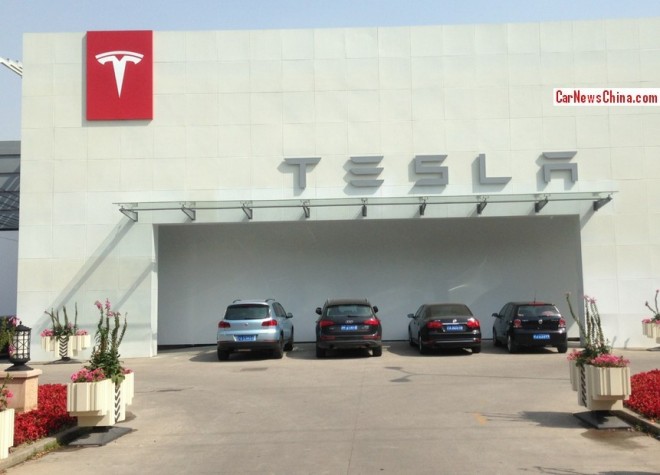 Green and red flowers form a friendly welcome. It seems these four cars are parked straight in front of what will be the main entrance of the building. Tesla currently only has one store in China, in the capital Beijing. The Shanghai store is supposed to be the second one but opening has been delayed several times. Tesla also plans stores in the cities of Hangzhou in Zhejiang Province and Sanya  in Hainan Province. 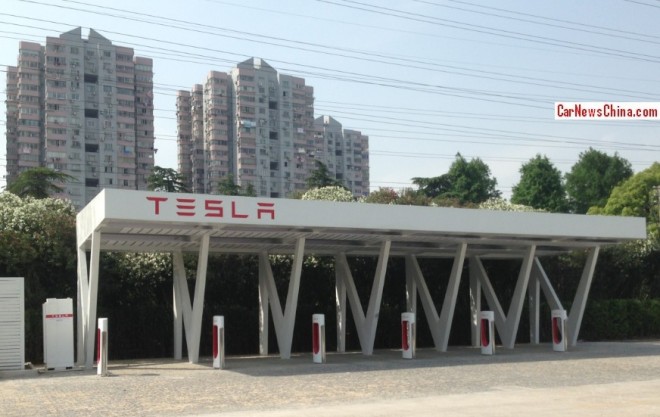 On the same premises stands a supercharging-station with six charging points. Unlike the store, the station is actually open since about a month, but it looks very empty. Tesla also operates a service station in Shanghai, but that is located elsewhere in faraway Minhang District, which doesn’t seem to make much sense. 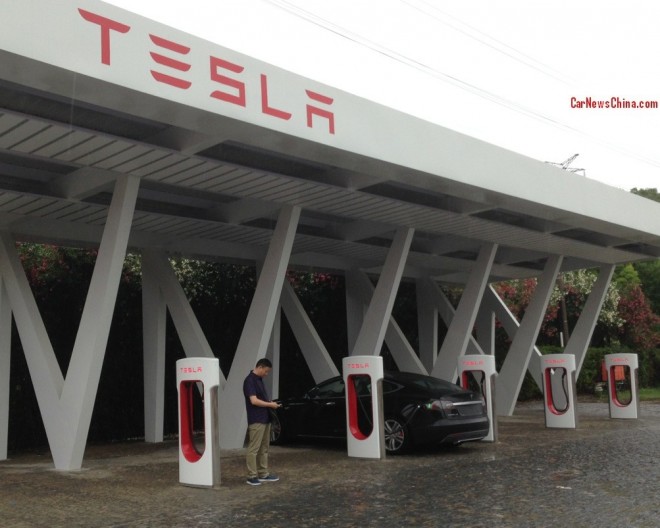 On another day a lone black Model S getting some juice, proof that the station is indeed operational. Interestingly, the vehicle has no license plates while Tesla owners in Shanghai can get plates for free. Maybe a new car.