New Chinese Chevrolet Cruze is Naked from all Sides in China 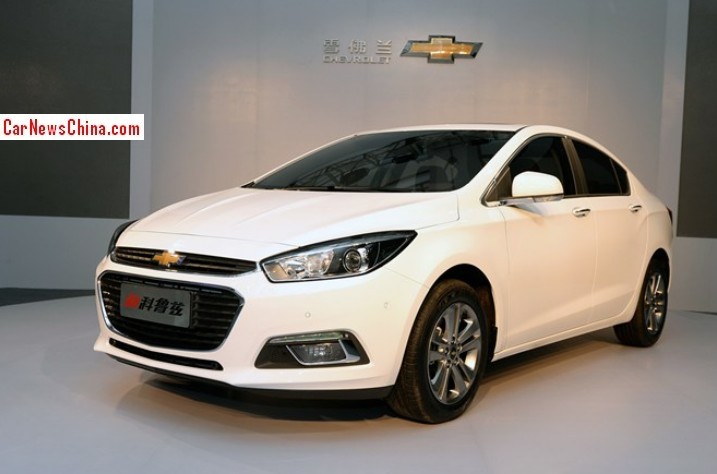 The new Cruze is manufactured in China by the Shanghai-GM joint venture. The Chinese Chevrolet Cruze is an entirely different car than 2015 Chevrolet Cruze for North America. The ‘China-Cruze’ is a more premium orientated vehicle that will compete with cars such as the Kia K4, the Hyundai Mistra, the Volkswagen Sagitar, the Citroen C4L and Honda Crider. 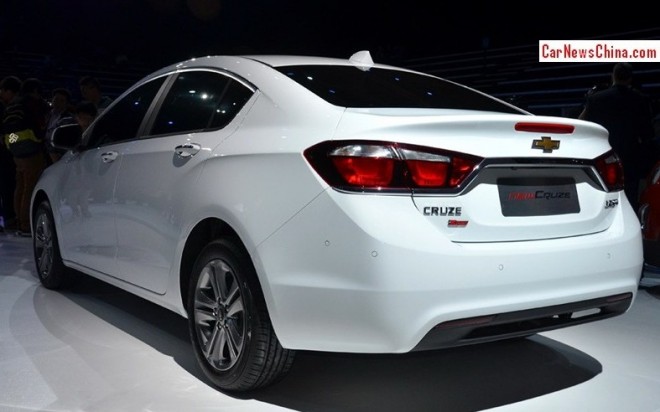 Exhaust pipe is invisible, what a sad, but it might mean there will be a sporty version in the future. 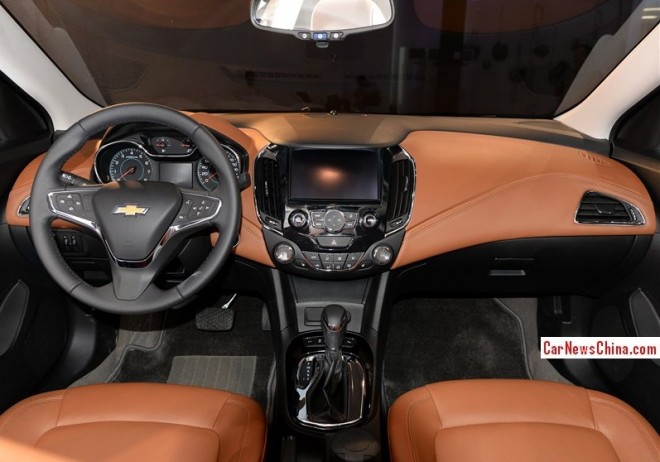 Dash made out of high quality materials with lots of orange leather. 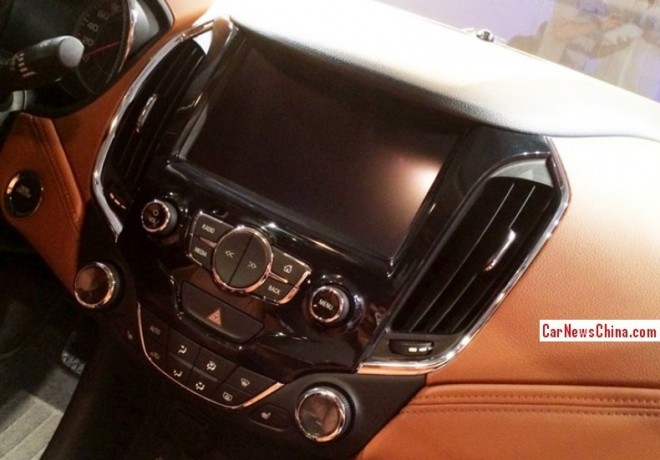 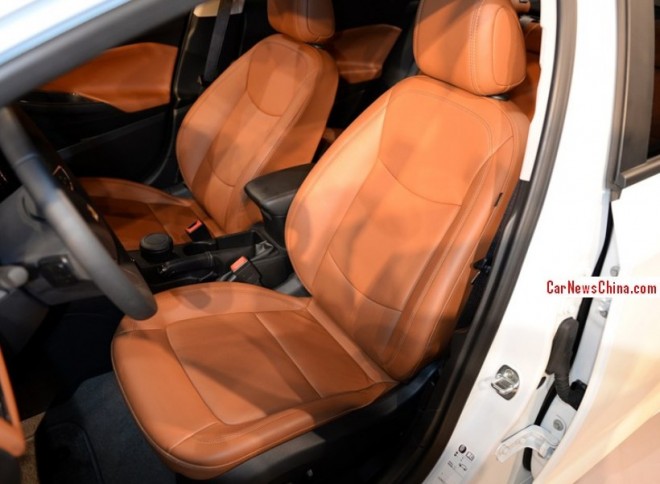 Orange and black is the new white. 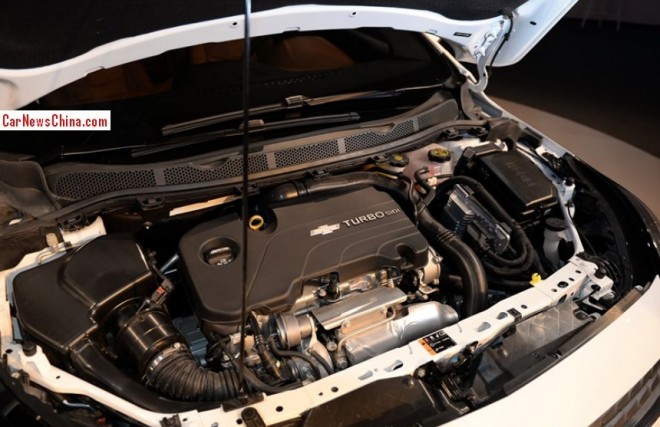