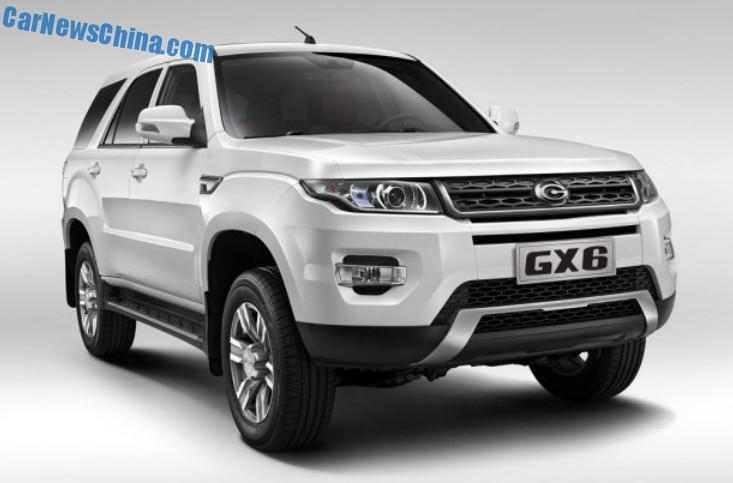 This is the new Gonow GX6 SUV, it will be launched on the China car market in October. The Gonow GX6 is the production version of the Gonow GA6470 Concept that debuted on the Beijing Auto Show in April. 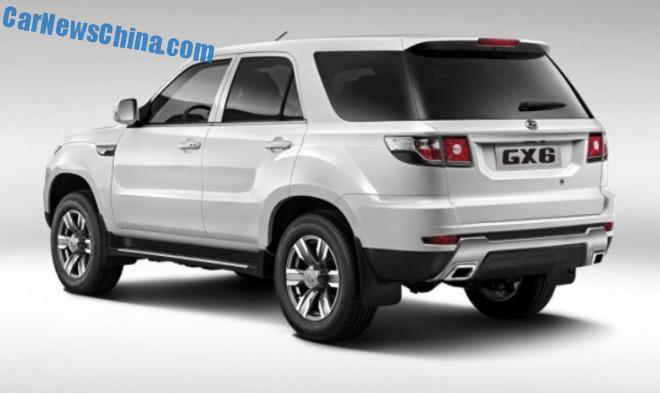 Design has some Range Rover elements; notably the grille, the rear bumper,  the wheel arches, and the headlights. Overall however not a bad looking car. Two engines: a 2.4 liter four-cylinder petrol engine mated to a five-speed manual, or a or a 2.0 liter four-cylinder turbodiesel mated to a six-speed manual. The 2.4 petrol is a Mitsubishi designed unit that powers zillions of cheap Chinese SUV’s and pickup trucks. 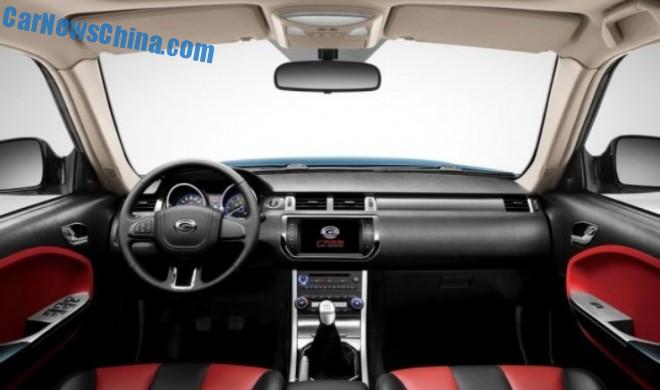 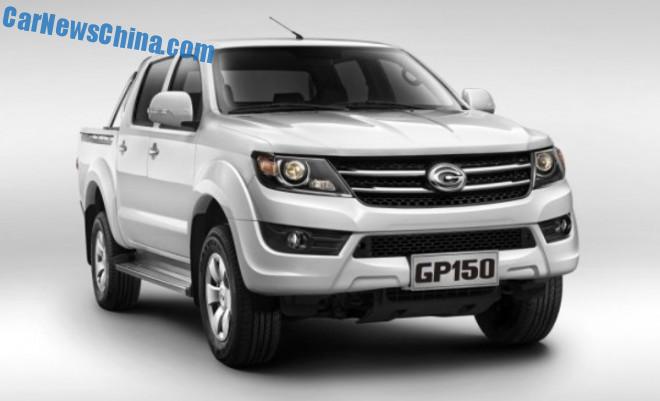 This then is the Gonow GP150 pickup truck, the production version of the Gonow GA1027 Concept that debuted on the same Beijing Auto Show in April. Gonow has been making cheap as chips pickup trucks for ages, and this GP150 has to break into a higher market segment where profits are fatter. 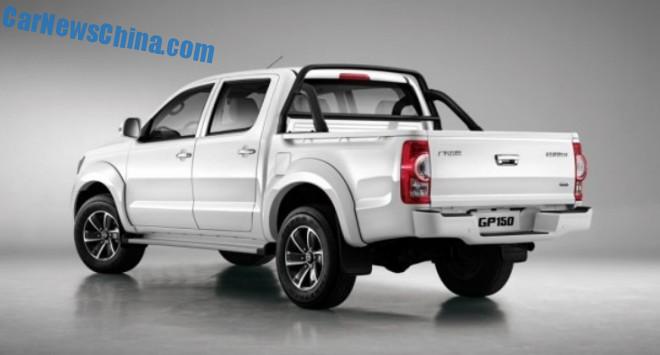 It looks rough enough and won’t be out of place in second and third tier cities. Engines and transmissions are the same as in the GX6. Price will start around 90.000 yuan and end around 130.000 yuan. 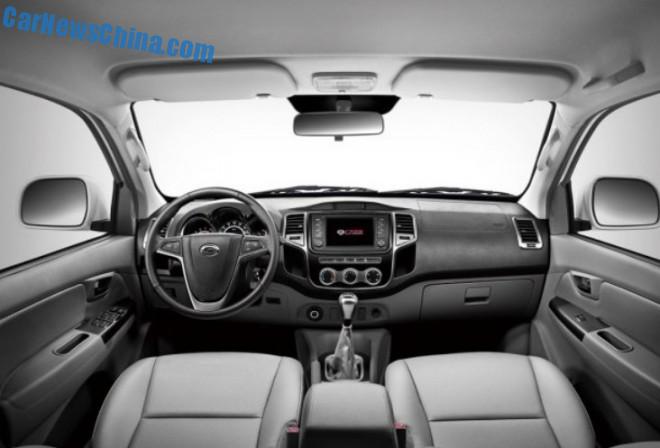 No Range Rover here, the GP150 is less about fashion and more about business. Large screen in the center console a new trend in new pickup trucks, in a time when even a worker needs infotainment.