The Girls of the China Auto Salon in Shanghai, Part 3 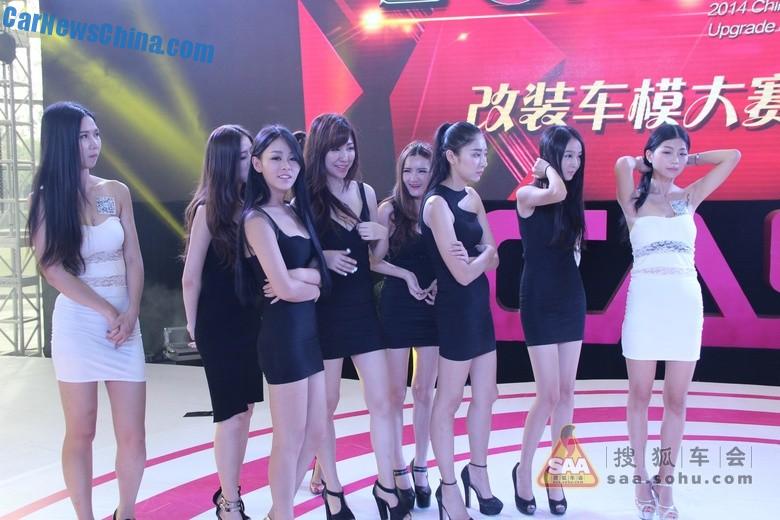 Today in China Car Girls Part 3 (Part 1 here and Part 2 there) of the girls of the China Auto Salon (CAS) in Shanghai. This ‘salon’ is actually a large local tuning show with lots of fast and lots of flesh. On the first photo a flock of girls on a stage, wondering and wandering around, looking fuzzly. Slightly NSFW below. 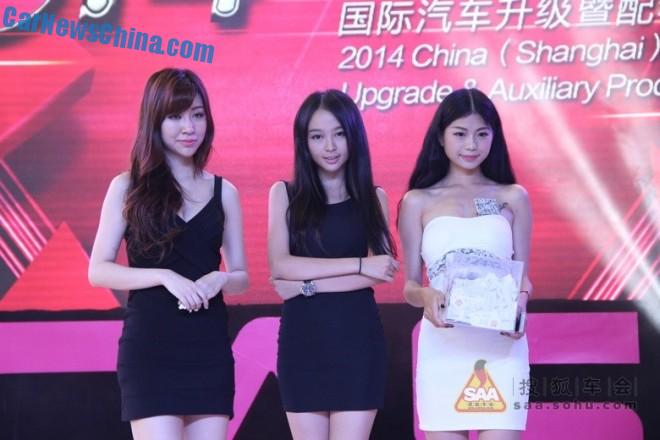 Chinese tuning shows are always loaded with barely dressed girls. The government doesn’t really car that much as most of the shows are very local affairs. A show like the CAS can employ thousands of girls, hired by the show’s organizer and by the various companies present. It is sometimes hard to see the body kit through the babes… 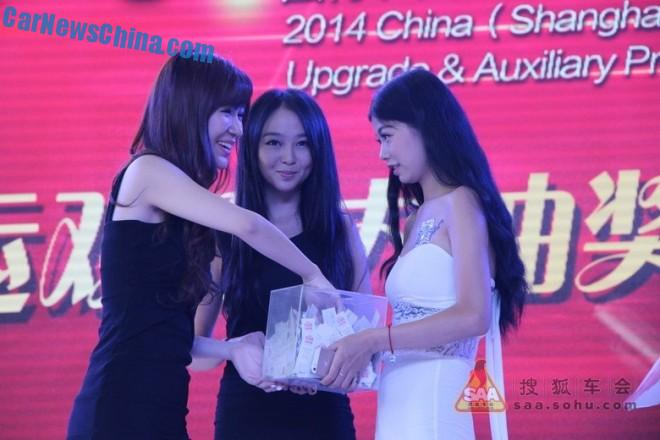 On this set of photos the girls are hosting a lottery. They have a glass box with little pieces of paper. Each girl has to get one paper out and read what’s on it aloud. This job clearly requires more brainpower than standing pretty in front of a fracked up Subaru, so what we see here are only the smartest girls. 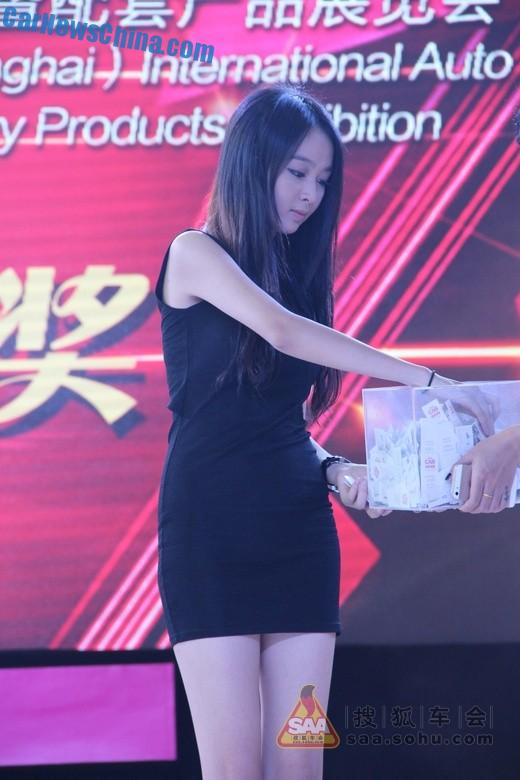 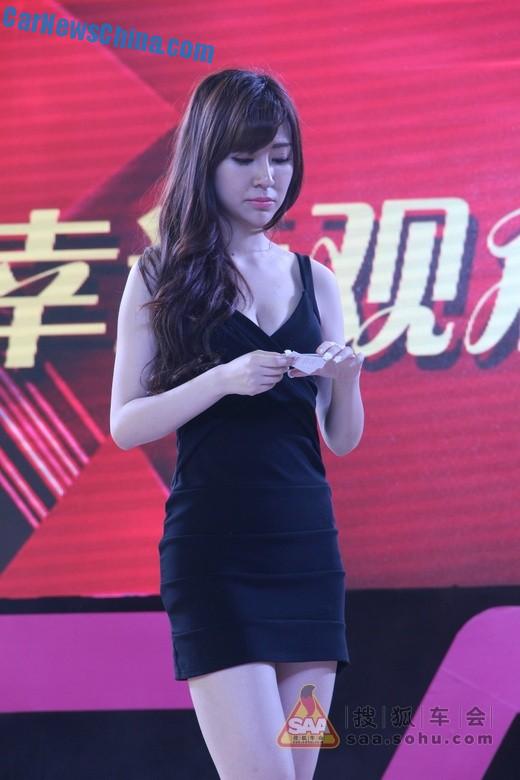 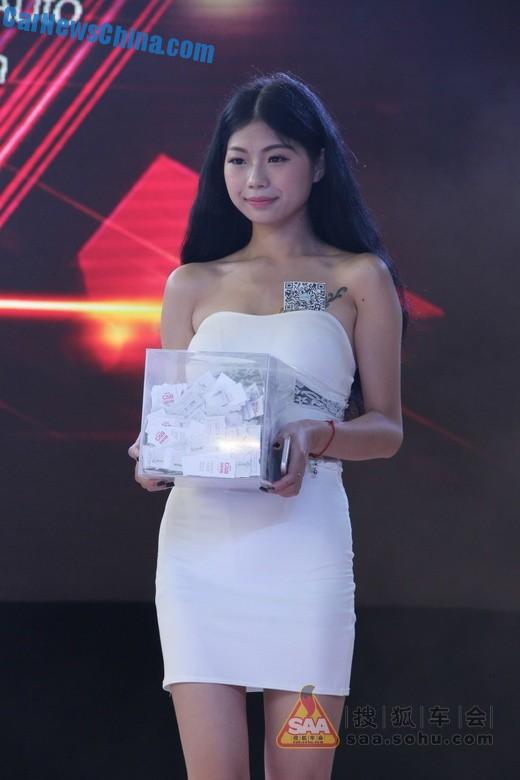 Walk with box while holding phone. 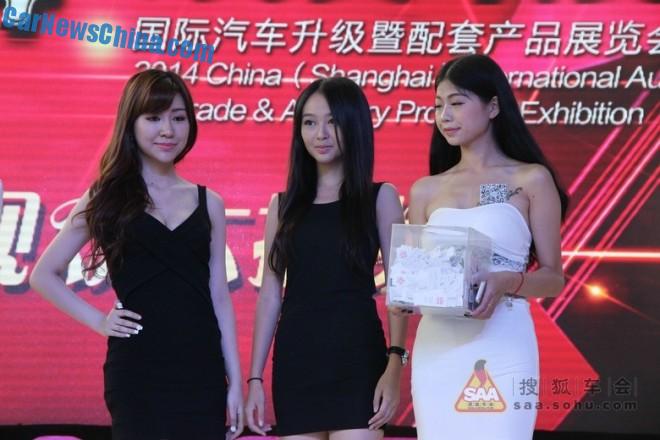 So. What can we win..? A girl? One of these girls? That fracked Subaru? 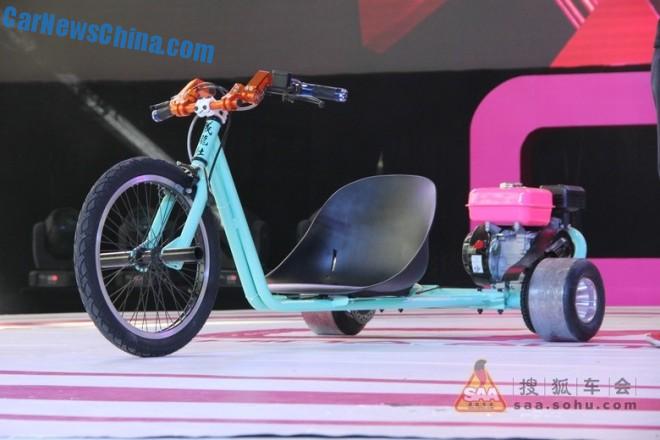 No! This! A super sonic skelter tricycle with an engine. Loox completely mad. I am still trying to figure out what it is because I want one now. This thing will be a beast in Beijing, thundering past traffic jams, and you can even ride under other vehicles! I will let you all know when I got it. 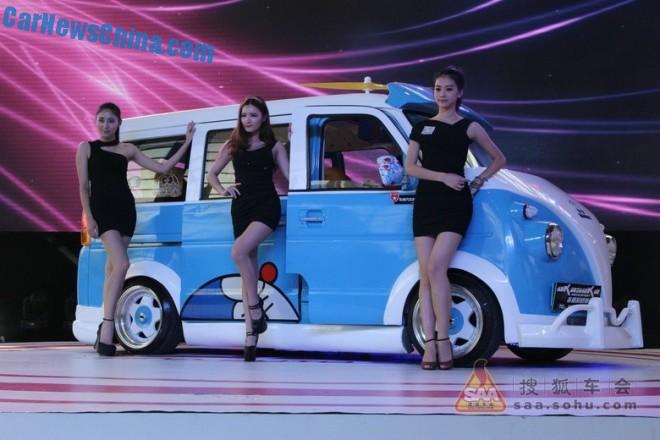 After the lottery a flock of girls came up with a fuzzy Japanese built Doraemon minivan, with rather serious rear tires. 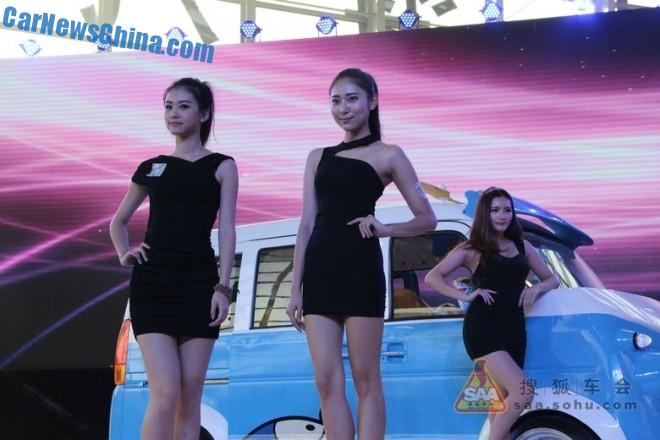 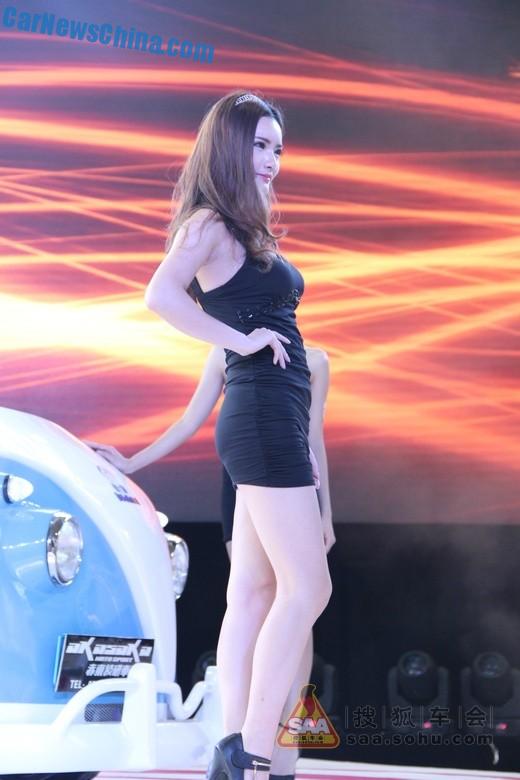 And that they do very good. 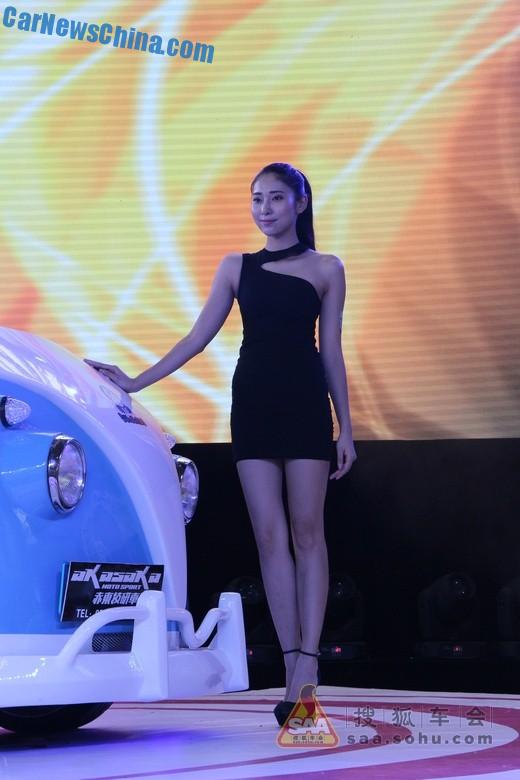 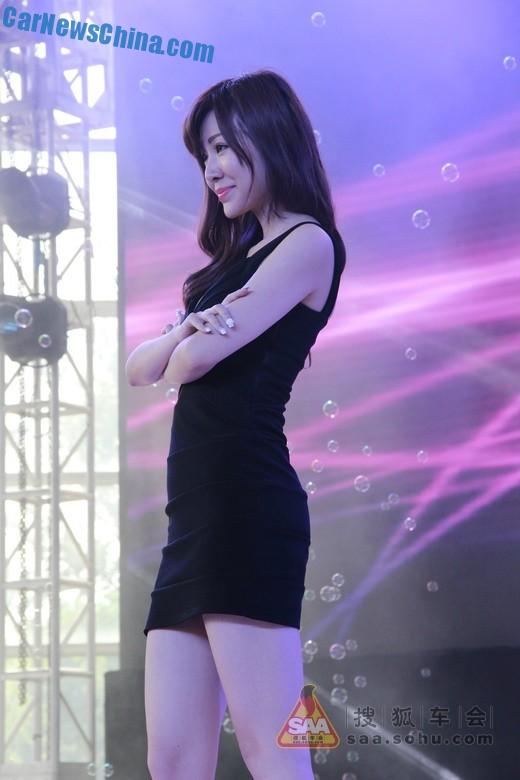 She sweet. But that van a bit too pussy. 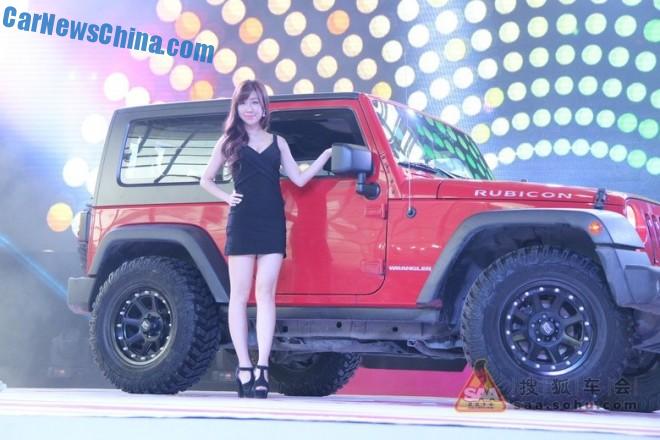 She much better with a fatass Rubicom. Ride baby ride…