Oh No it is True: No Sex at the Shanghai Auto Show 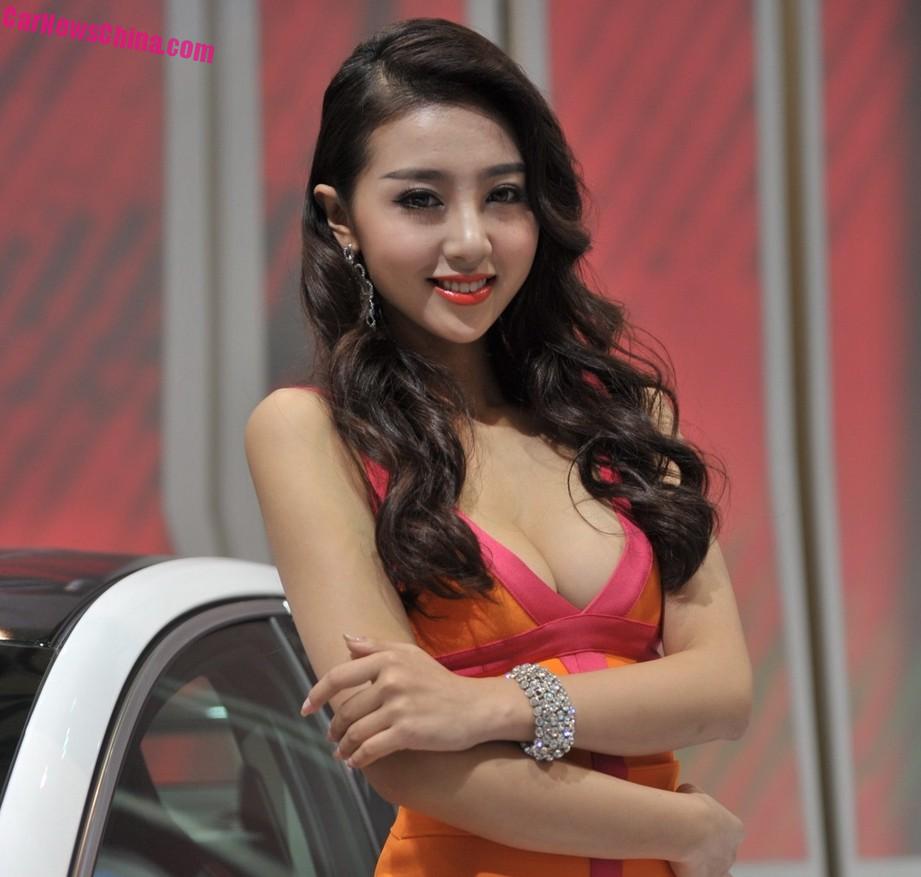 The rumors are true: there will be no babes at the 2015 Shanghai Auto Show, scheduled to start on April 20. No babes at all. Nothing. The sad news was confirmed on Wednesday by the state-owned ChinaDaily newspaper, citing an “announcement” by the show’s organizers sent to all exhibitors.

The move appears to be a part of a new campaign by the Chinese government against everything it considers ‘vulgar’. In late last year the campaign targeted a popular TV drama because there was too much cleavage on display.

The killing of the Shanghai babes comes shortly after we were getting optimistic again about the girls on autoshows in China. There has been criticism about flesh before, most notably in 2012 after the Beijing Auto Show, where our favorite honey Gan Lulu famously let it all out.

By the time however the government merely ordered the organizers not to go too far, but now there will be no models at all in Shanghai. That is rather bitch. The trigger for the backlash was apparently the Guangzhou Auto Show in November last year, where the babes were King (hihi) and state media got pissing mad, saying such things as:

These ‘human flesh’ exhibits of the half-naked, slithering across car hoods have become a very bad social influence.

The decision to cancel the girls has caused surprisingly strong protest and ridicule in China, and we wouldn’t be too surprised if some sort of compromise pops up before the start of the show. Girls without tits maybe? Or male-only models? We will, keep you posted.

Here is the whole ChinaDaily article:

“Companies should focus on product quality and technology,” said an announcement from the organizers. “Auto shows are supposed to give audiences an enjoyment of art. We hope exhibitors promote their products in a healthy and classy way. Activities with low taste and those that violate social morality are prohibited.”

Organizers said the decision was made after seeking opinions from exhibitors.

News in January that the event was considering ending the presence of all models triggered public outcry.

Many automakers parade revealing models at auto shows as they vie for the attention of consumers, especially younger ones. Sensational coverage of scantily dressed models, including Gan Lulu and Li Yingzhi, have stirred controversy in the past few years. In 2012, Beijing’s Capital Ethics Development Office said on its website that the revealing clothing of some models at the 2012 Beijing auto show has had a “negative social impact.”

“Auto shows in other cities should also stop using models. It’s also better to cancel the performances of celebrities,” Yang Xueliang, head of the public relations department of Zhejiang Geely Holding Group, one of China’s major automobile manufacturers, posted on his microblog after learning of the decision.

“Give a pure automobile show back to customers,” he wrote.

Although market industry sources say other car and trade shows in China may follow Shanghai’s lead, an auto fair scheduled for March in Ningbo, Zhejiang province, is still insisting on opening with models.

Shows in other cities, including Shenyang in Liaoning province, have launched regulations to avoid scantily clad models, instead of stopping them altogether.

“The models who wear revealing costumes make up only a small proportion of all models,” said Dang Jiani, 25, a veteran model from Beijing. “The models don’t decide which costumes they’re going to wear for the shows. If automakers provide dresses that are too scanty, we make minor changes to make them not so revealing.”

“Models wearing inappropriate dresses would ruin the product’s image. Automakers wouldn’t want to see that,” said Dang. “Models have become an integral part of auto fairs in recent years. They are a part of the automobile culture.” [/quote]