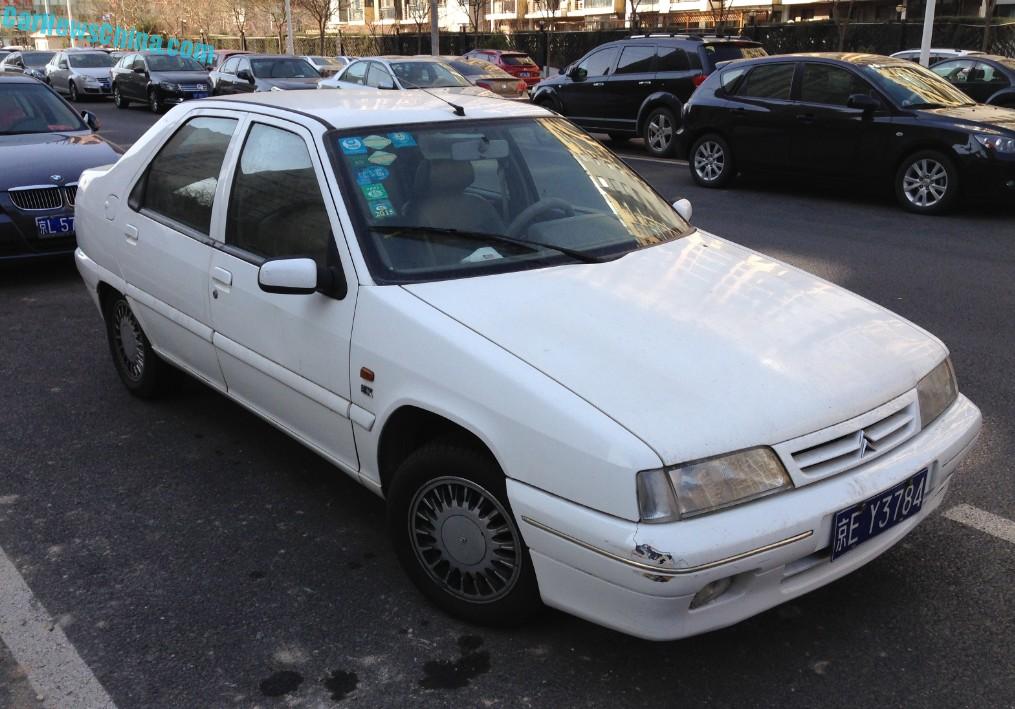 The Fukang name was used for the China-made variant of the first generation Citroen ZX, which was manufactured in France from 1991 until 1998. Production in China started in 1994 at the Dongfeng-PSA joint venture. In 2003 the Fukang name was dropped in favor of C-Elysee, production then continued (2010 model) until 2013 (!!!) when the ZX was finally replaced by the all-new Citroen C-Elysee. 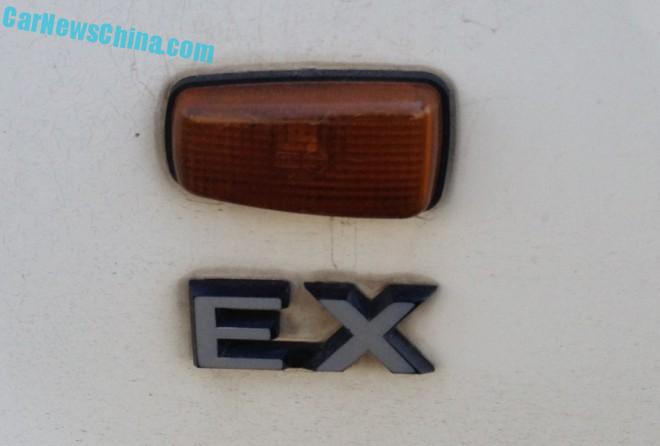 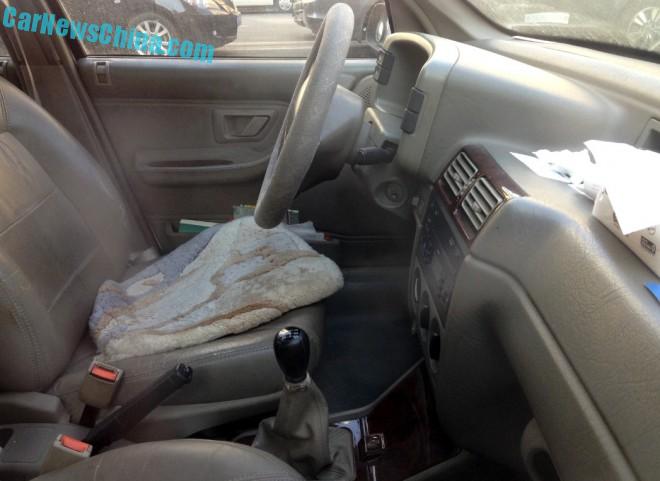 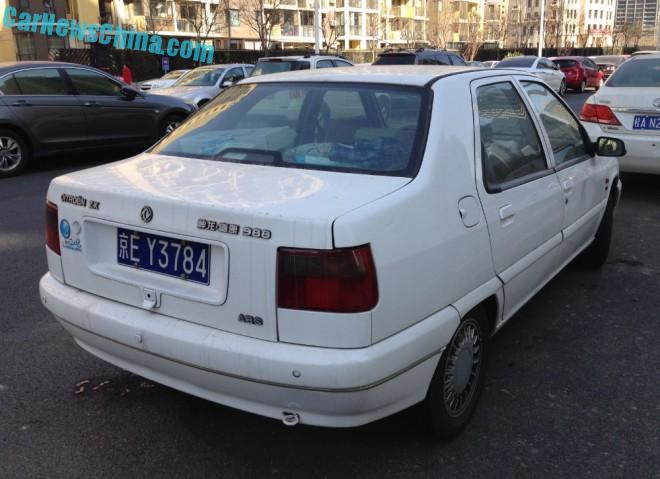 Shenlong Fukang 988. Shenlong is short for Shenlong Qiche, which was the most common name for the Dongfeng-PSA joint venture, but it is rarely used today. 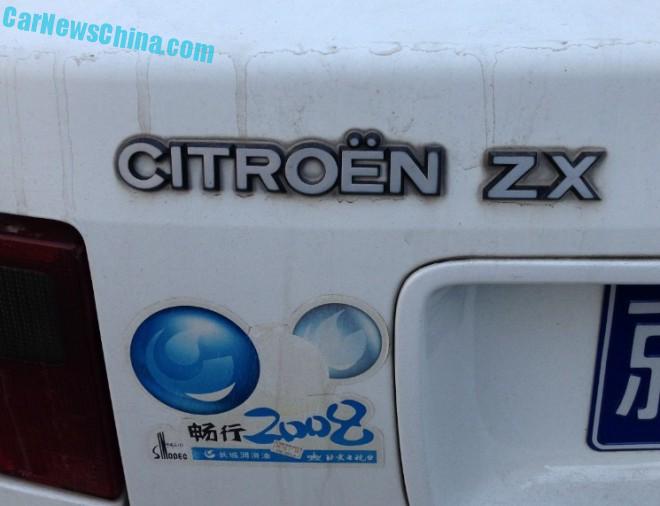 The Citroen ZX Fukang 988 is a great car with a great history. May this fine white example ride the streets of the capital for a long time coming!

The 2008 sticker was part of a Sinopec stunt for the Olympic Games. Sinopec is one of the major oil companies in China and they also own a zillion gas stations. They had a messy show on TV where camera crews where running around in traffic jams, looking for cars which such a sticker. When the found one the happy driver would get a free tank of gas.