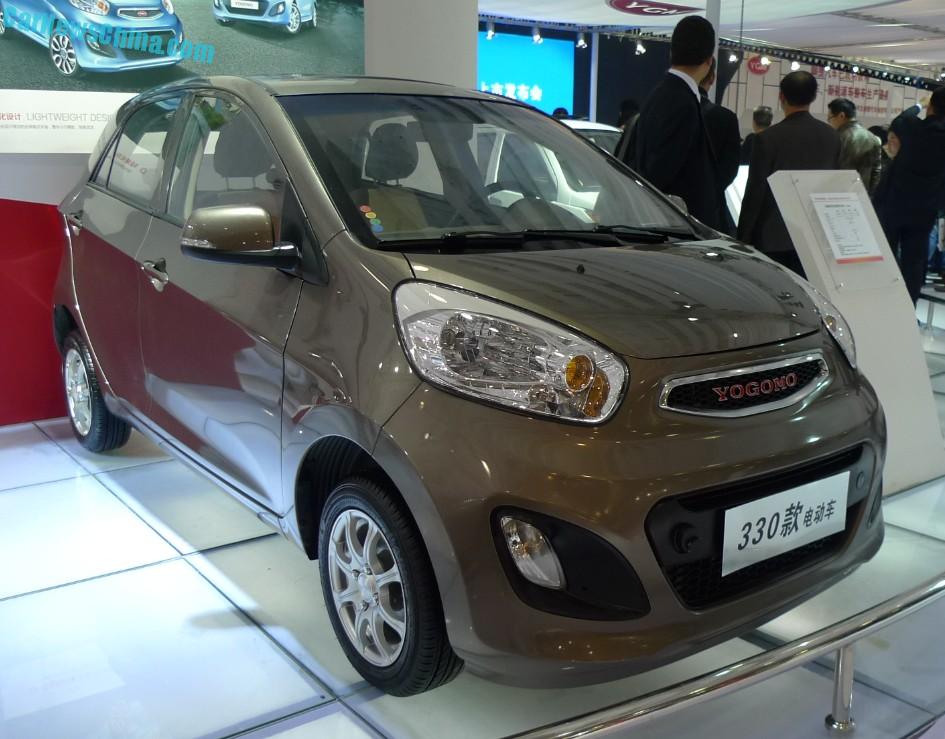 This is the new Yogomo 330 from China, seen on on the Shandong EV Expo  (intro) in Jinan City. The Yogomo is a new electric car, looking far too much like the Kia Picanto. The Yogomo 330 is rather large but technically still a Low Speed Electric Vehicle, it cannot go on the highway and buyers have no rights on government green-car subsidies.

This is the Kia Picanto, the current second generation was launched in 2011. The Yogomo 330 is almost a perfect clone, only the grille and mirrors are slightly different. Yogomo (web) is one of the largest LSEV makers in China, and they also make a range of petrol-powered minivans that look a lot like the Volkswagen Bulli concept. The vans were on the show as well, more on those in a later post. 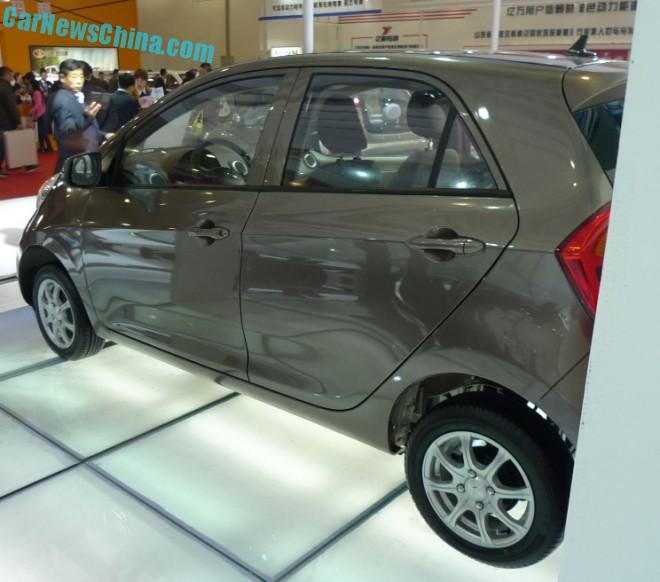 The Yogomo 330 was first announced in January 2015, but its public debut happened there in Jinan. It was a huge ceremony with speeches, confetti cannons, and pretty little ladies playing see-trough drums: 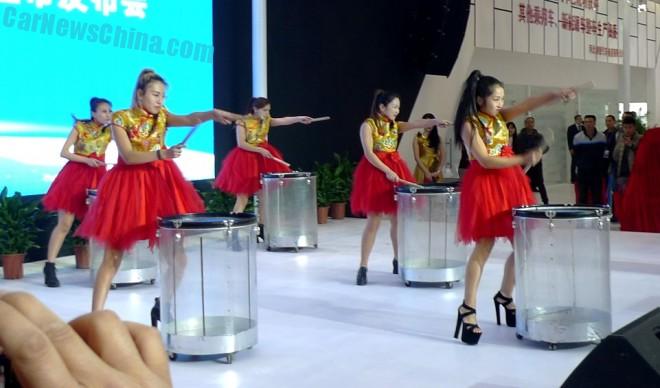 That surely woke me up… 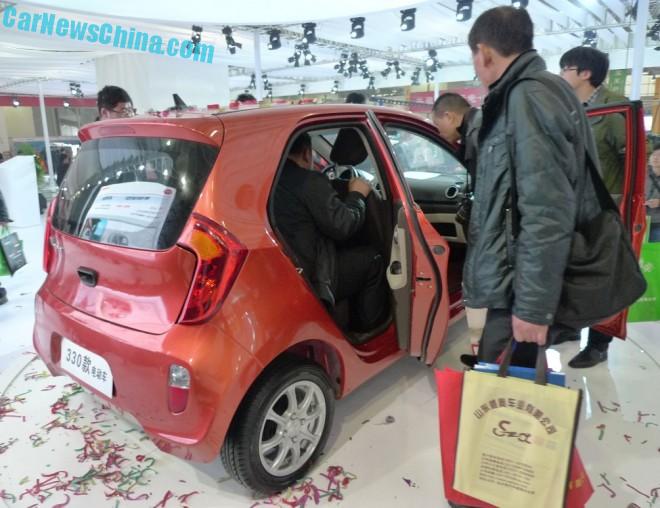 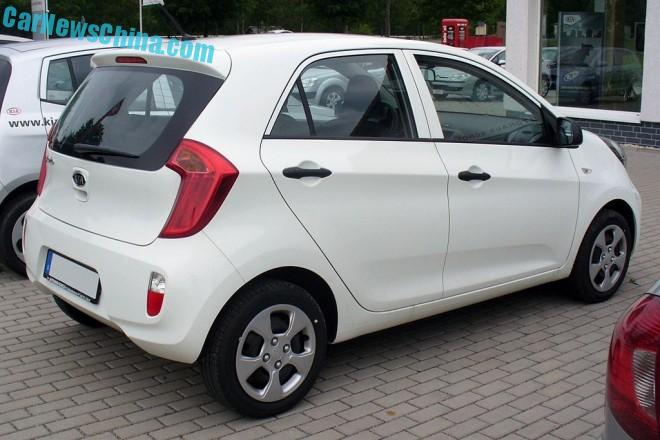 The Kia Picanto. Yogomo only changed the handle for the hatch, a little bit, and deleted the logo, the windshield wiper, and the third brake light. 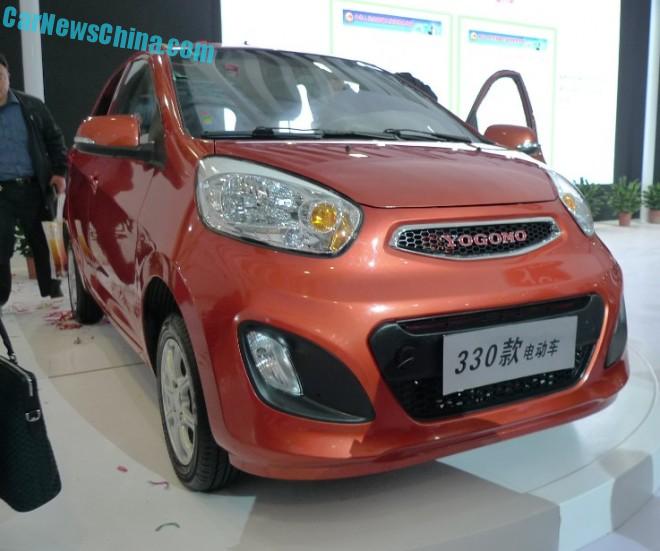 The Yogomo 330 will be available with three electric motors: one with 4Kw, one with 5Kw, and one with 7.5Kw, all mated to a lead-acid battery. Top speed of the 7.5Kw version is 60 kilometer per hour. Yogomo says they are working on a stronger variant with a 13Kw motor, mated to a lithium-ion battery. This vehicle will probably be powerful enough to qualify for the green-car subsidies. 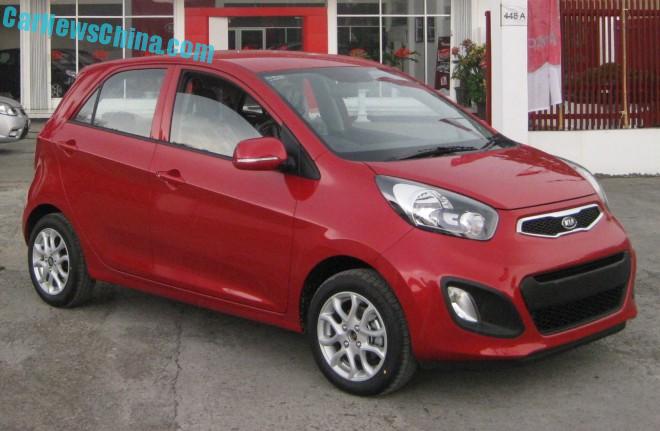 You always catch ’em by the wheelbase.

Yogomo however is not the first Chinese automaker to copy the Picanto. Brilliance was first with the petrol-powered Dolphin, although that car is slightly smaller. 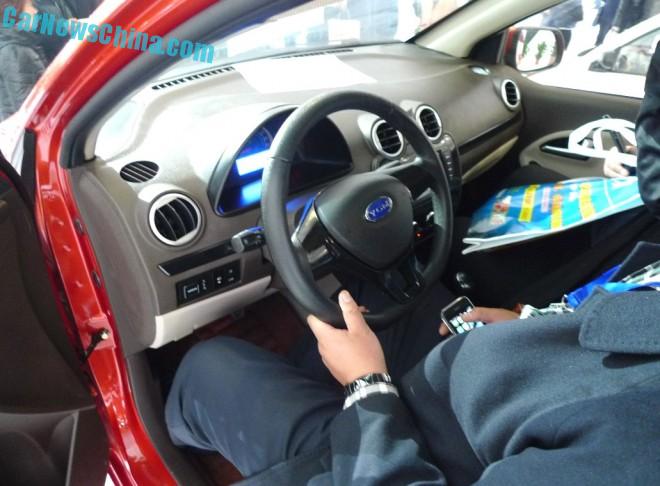 Truth to be told; Yogomo didn’t copy the interio. The 330 comes with a digital instrument panel, round air vents, and a small LCD screen in the center console. 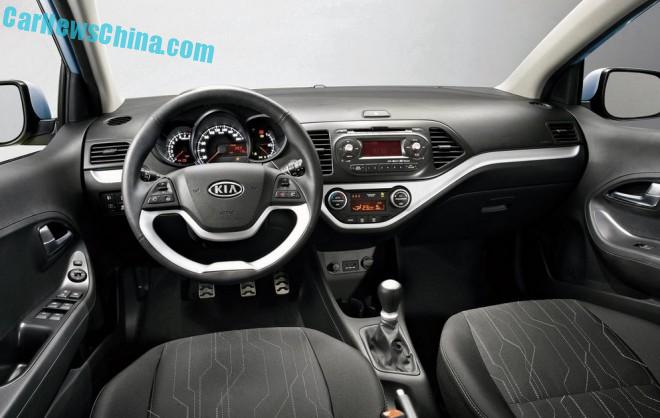 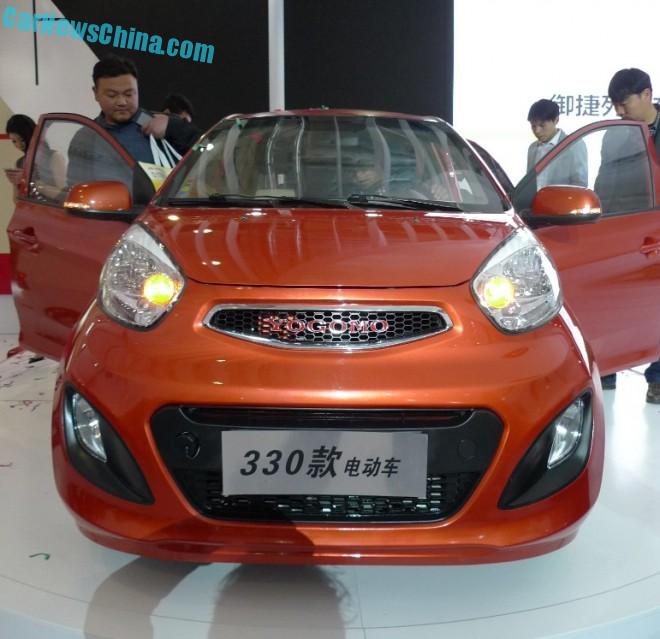 All doors are open and the lights are flashing, the Yogomo 330 has arrived. Kia Picanto? Not in China.