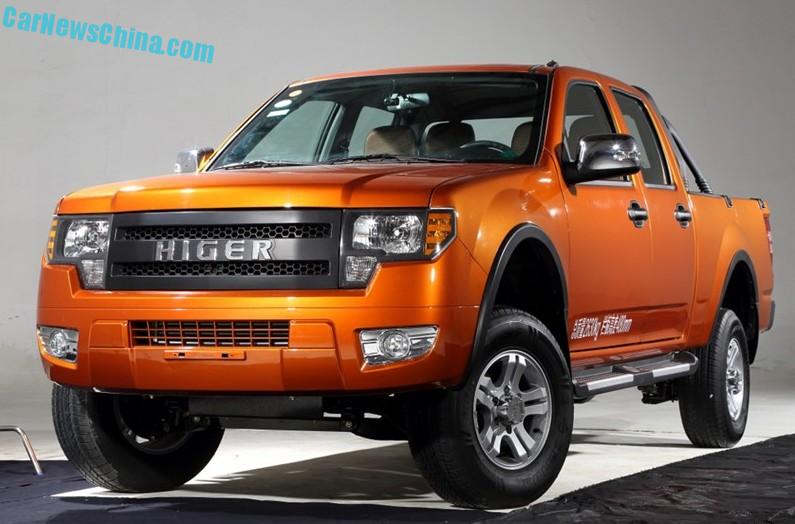 This is the new Higer Longwei pickup truck, looking fiery fast in orange, freshly launched on the Chinese car market. The Higer Longwei features a front inspired by the Ford F150, the example for so many Chinese automakers. The Longwei, or ‘Grand Dragon’, is a mid-sized crew-cab truck competing in the cheap end of the market.

The interior is very decent for a pickup truck in this class, except for the steering wheel that looks far to 1987. The rest of the place is dressed up in brown, fake brown leather, some fake wood, fake aluminum, and some black surfacing to top it all off. 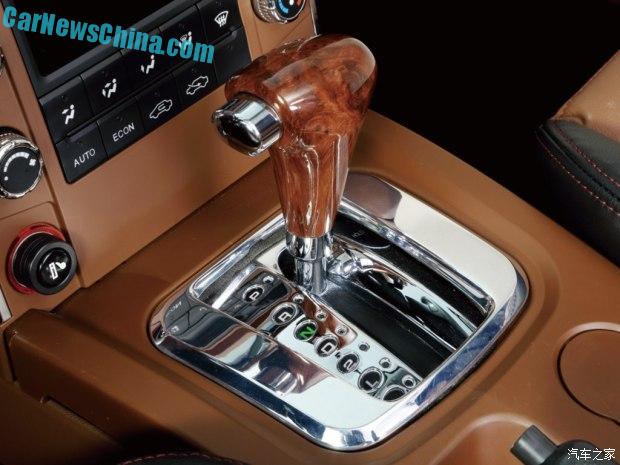 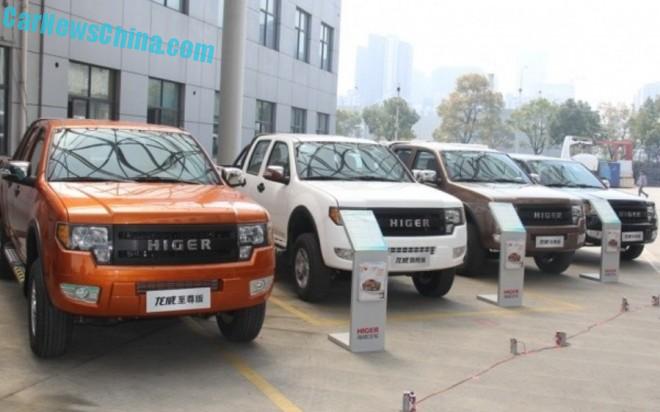 Orange too bright? Take a white one: 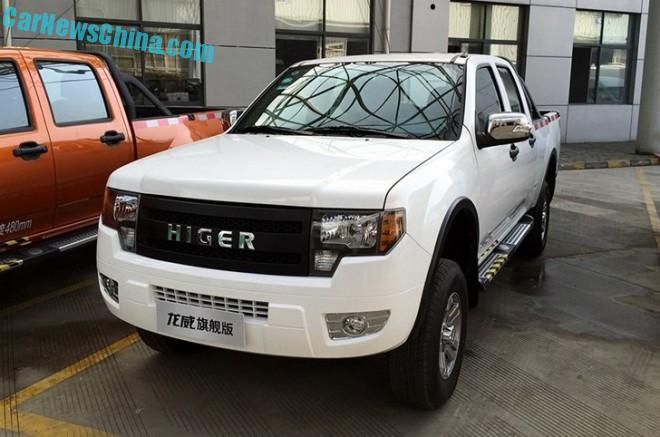 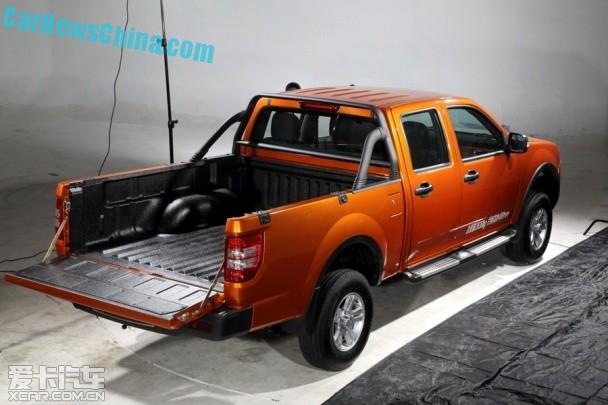 Wheels seem very small. Many Chinese automakers fir small-sized wheels to bring down fuel consumption, no matter how ugly and unsafe. Higer pickup trucks are virtually unknown in Europe and the U.S. but they have been selling for a long time in markets in Africa, the Middle East, and Russia. 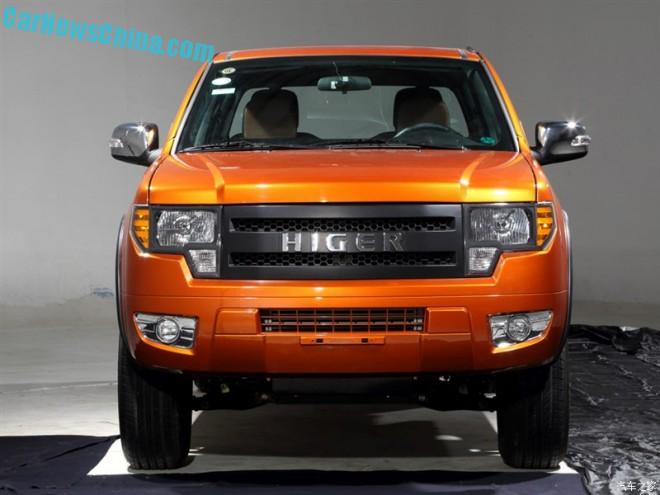 Not a Ford, this is the Higer Longwei from China.