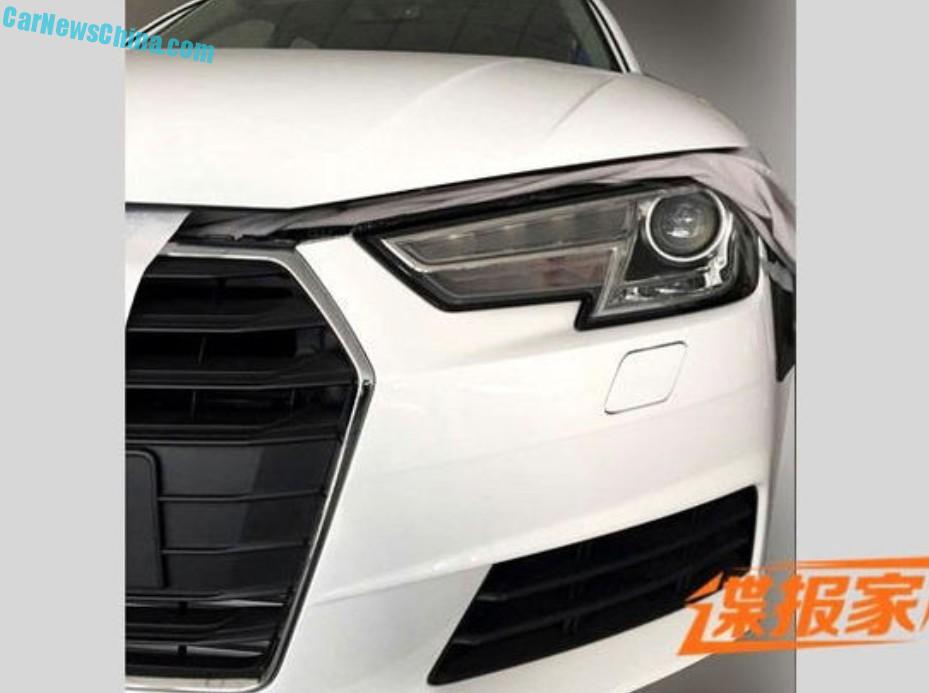 The very first Spy Shots showing the all-new 2016 Audi A4 in China, with a TT-like grille and new headlights with a hook. The vehicle on the photos appears a development car, it doesn’t even have a steering wheel, so the photos were likely taken in the Audi factory in Changchun. The 2016 Audi A4 will debut on the Frankfurt Motor Show in September and debut in China on the Guangzhou Auto Show in December.

This is the current China-only Audi A4L, a stretched variant of the Audi A4. The Audi A4L is manufactured by the FAW-Volkswagen joint venture. The 2016 A4 will also be stretched for China, so the car on the photos is probably the L version. 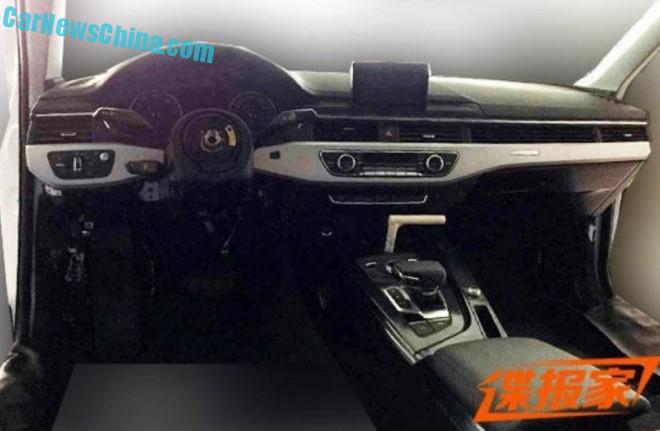 A completely new dashboard with the infotainment screen on top, very few buttons overall, and a small gear selector on the center tunnel. The 2016 Audi will be available with various petrol and diesel engines; China will get the 1.4 TSI, the 1.8 TFSI, and the 3.0 TFSI. The aging 180hp 2.0, still widely used in China-made Audi’s, will not return. 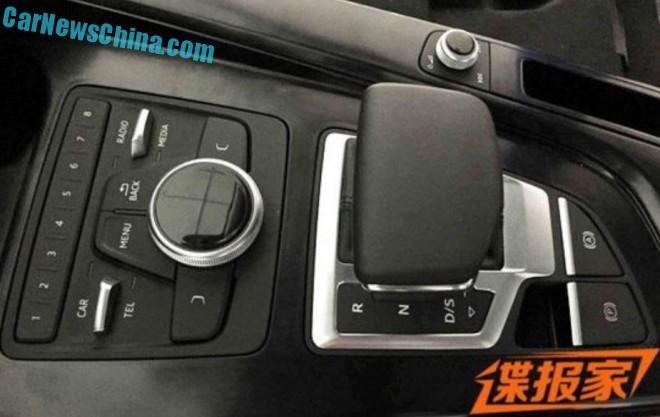 Electronic parking brakes are getting smaller by the day. Be careful with your fingers.