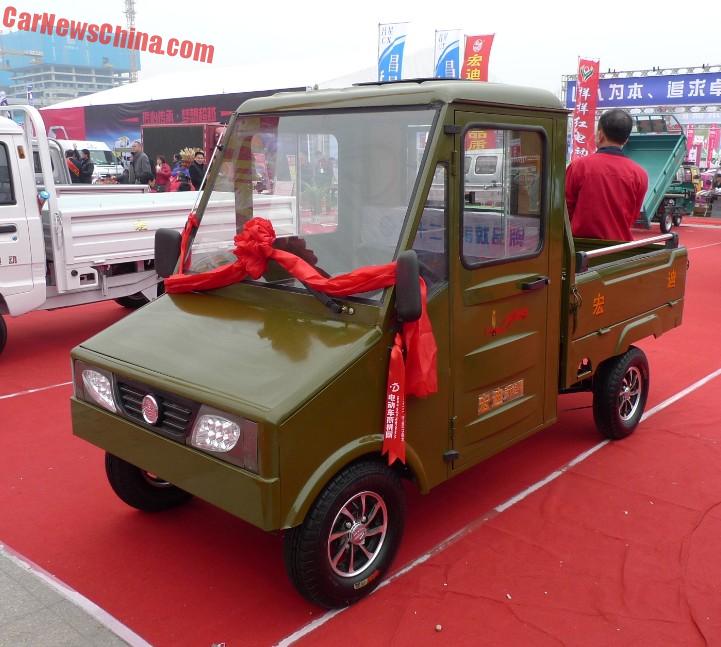 This is the amazing Hongdi Little Flying Tiger mini truck, a new low-speed electric vehicle (LSEV) from China, seen last month on the Shandong EV Expo  (intro) in Jinan City. The tiny truck is similar in concept as the Xiaomi Cute and the Coope Kuka, but comes with a more traditional army-style design, painted in army green and fitted with LED lights and sporty shiny 8-spoke alloys.

High roof for headroom, large windows for a proper view, handle bars on the side of the pickup bed, and the Hongdi name in gold characters all over the vehicle. The Hongdi Little Flying Tiger is developed for duty in public places like parks, shopping streets, and amusement parks, but they can also be used to ferry goods in areas with narrow streets, such as Beijing’s famous hutong alleyways.

Door art with a decal showing a red ribbon and a cup. 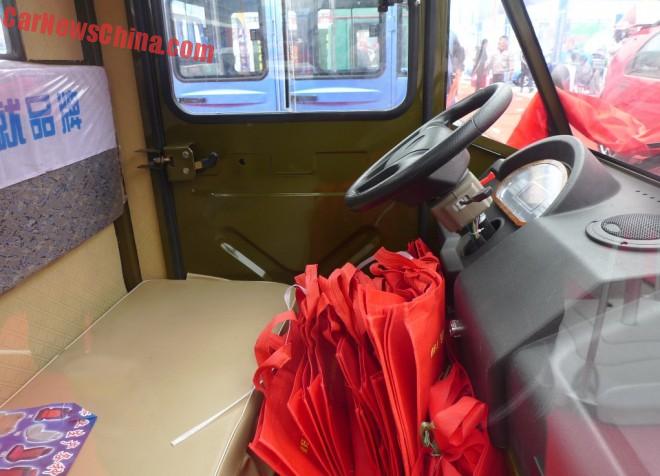 Real red ribbon on the hood, and red brochure bags stored inside. The bench is just big enough for two, seat is beige and the backrest is stone. The Little Flying Tiger is powered by a tiny electric motor with an output of 2Kw, mated to a lead-acid battery. Top speed is 40 kilometer per hour and range is 100 kilometer. She might be flying but she won’t use much air: 2950/1160/1580, wheelbase 1800 and weigh is 650 kilo. All specs as claimed by the manufacturer. 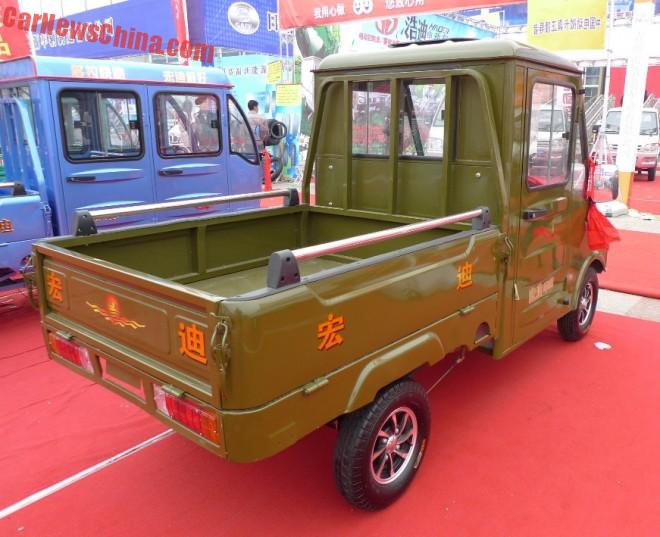 The Hongdi Little Flying Tiger is manufactured by a company called Shandong Hongqi Motorcycle Corporation (web), based in Yinan County near the great city of Linyi in Shandong Province. As the name implies the company once manufactured motorcycles but they have completely switched to 3-wheel and 4-wheel commercial electric vehicles, and are one of the largest EV companies in Shandong today. They make a very wide range of cars including small tricycles, bigger tricycles, small four-wheelers, and even an electric mining vehicle. The Little Flying Tiger is somewhat hidden on the very last product page. Why?, it is their best looking car by far. 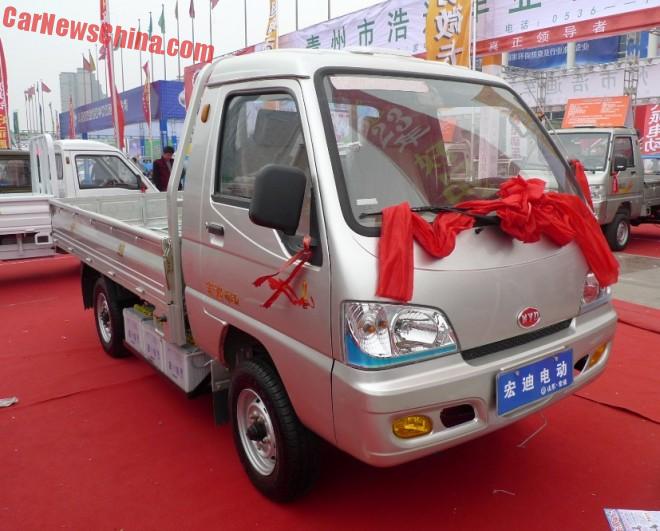 This is one of their bigger four-wheelers; the Fude-B truck with a 5Kw electric motor, mated to an impressive… 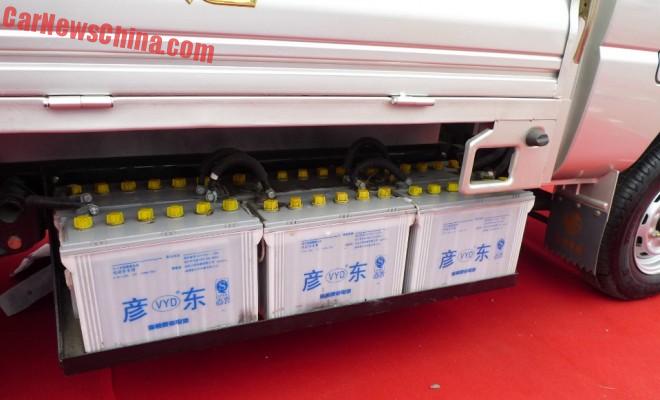 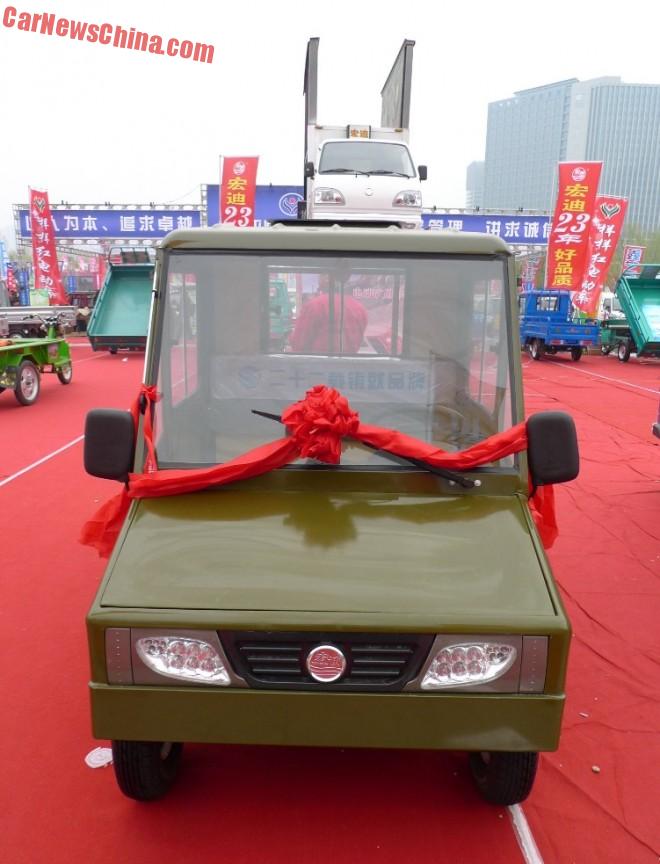 I want mine with a red ribbon too. Single wiper, don’t look to right when it rains, because you won’t see a thing.