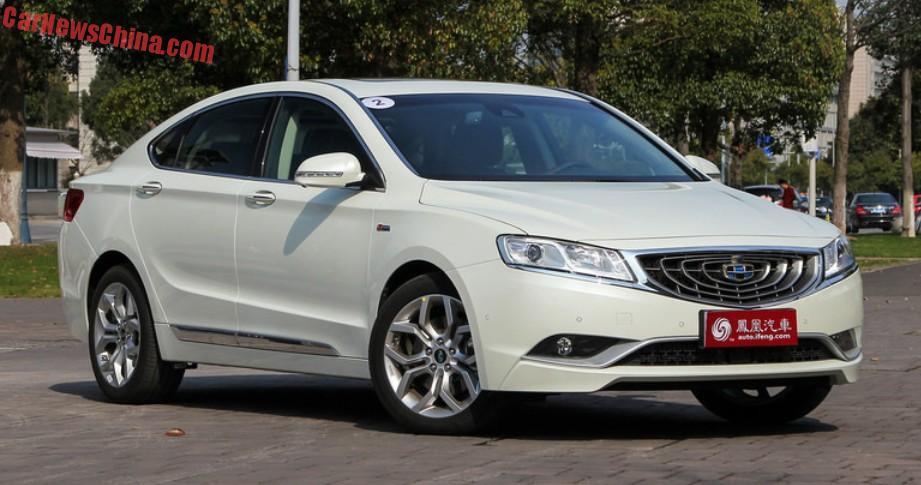 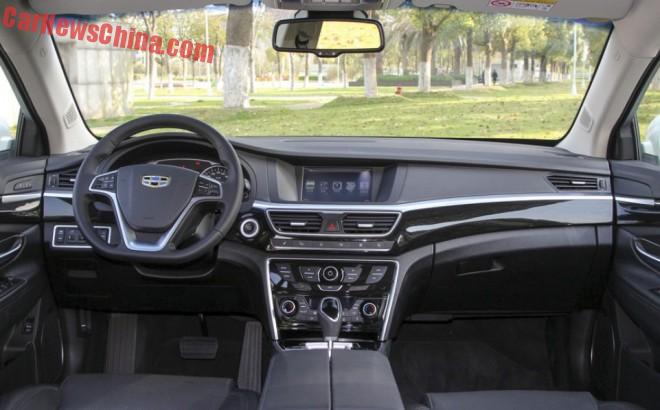 A well-crafted interior, the leather looks great and the wood looks good, but the LCD screen is on the small side. Flat bottomed steering wheel for that race car feeling. Loads of buttons on the center console. 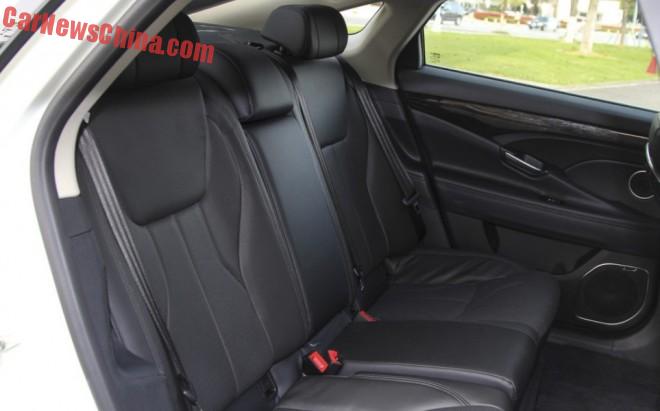 Enough space for three and the babes. 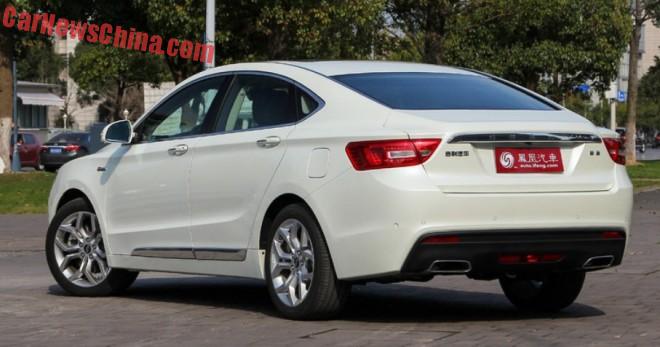 The Borui is shaped in the fashionable coupe-sedan fastback style, designed by the great Peter Horbury, who moved from Volvo to Geely in late 2011 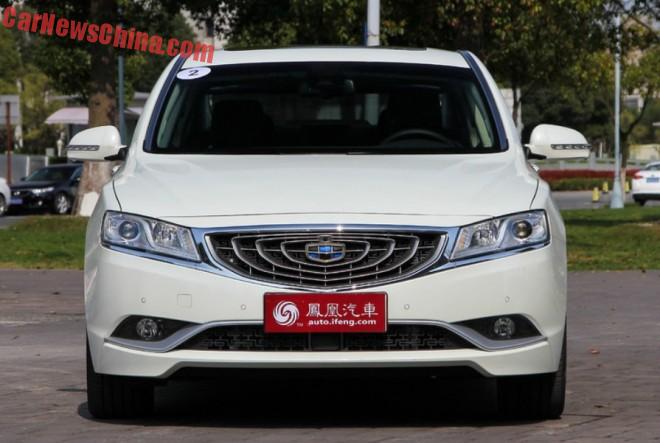 The multi-layered grille is the centerpiece of the design. It is different and it is cool, but the poor Geely logo looks awfully small in there. 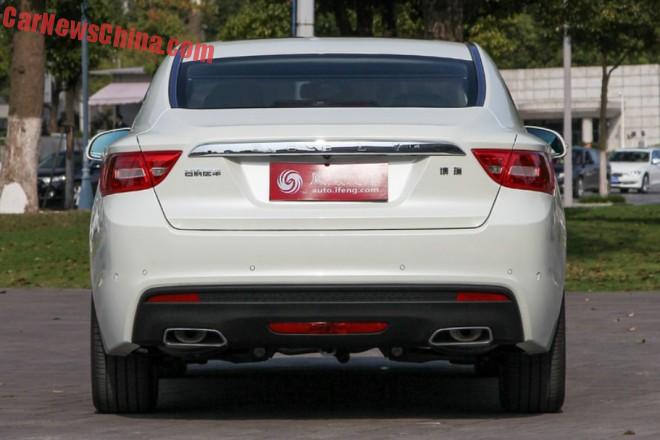 Rear lights on the small side, but otherwise a great looking ass.