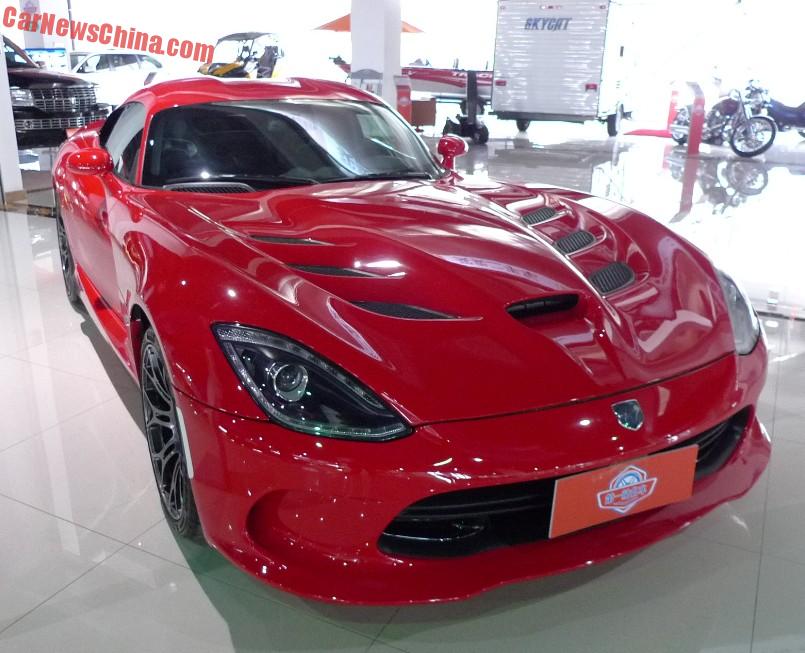 A fiery red 2015 Dodge Viper SRT, Spotted in China in a supercar shop in the Beijing Tuning Street. The Dodge Viper is not officially sold in China by Chrysler but it is a very wanted car, so the gray market has stepped in, big time. 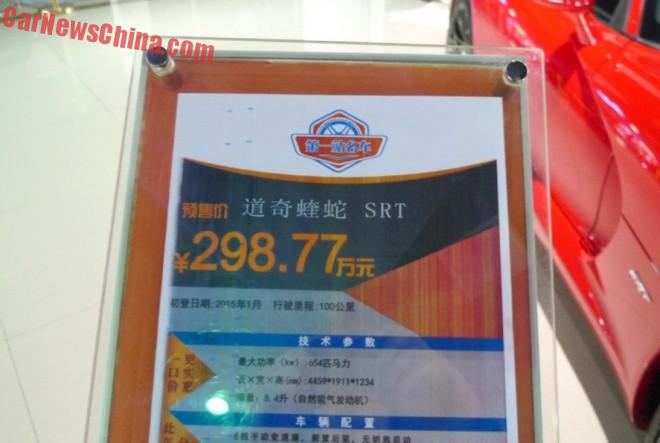 The price difference is partly caused by China’s draconian export taxes, 60% on everything with an engine bigger than 4.0 liters, and partly by good old fashioned capitalism; scarcity = fat profits.

Staff in the shop told me they can legally register the Viper, so it can get a license and an insurance. How they manage that is a bit misty though, as the viper was never officially type-approved in China, as far as we know. They also said they already sold three, that they got the cars from dealers in California, and that many more were on the way. 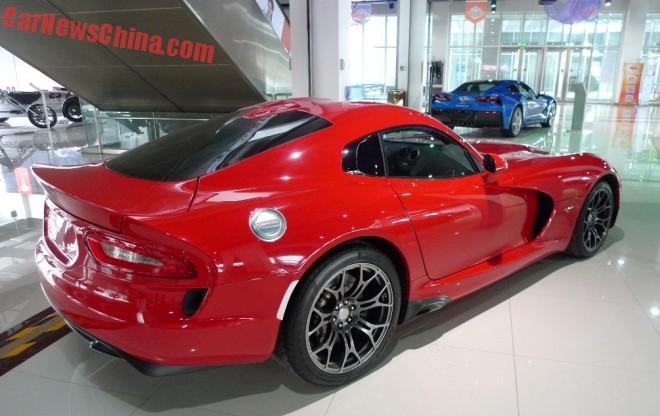 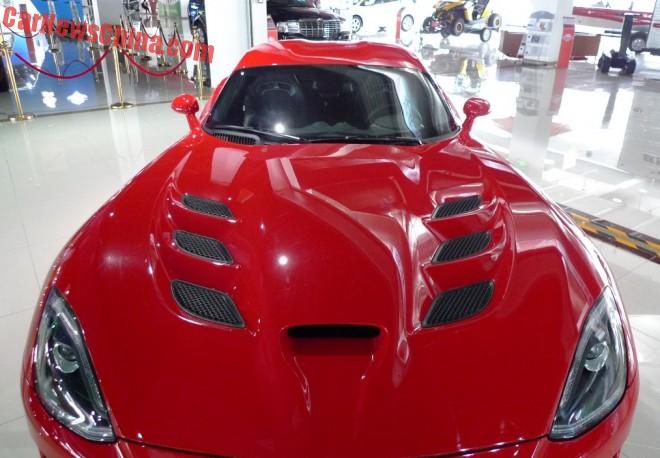