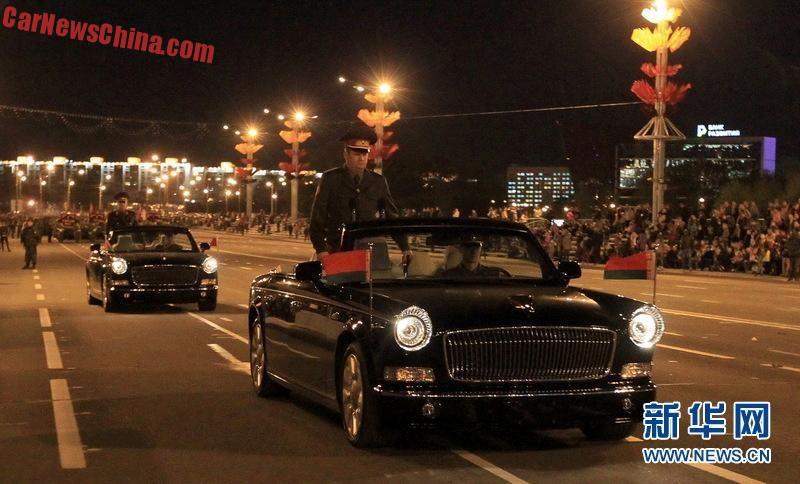 Two Hongqi L5 parade cars seen on May 5 in Minsk, the capital of Belarus, during a rehearsal for the May 9 Victory Day Parade (wiki). During the parade one Hongqi will be used by the Belarus defense minister and the other by the Chief of Staff. 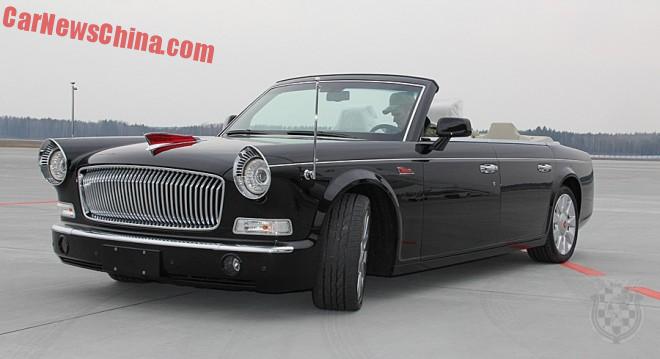 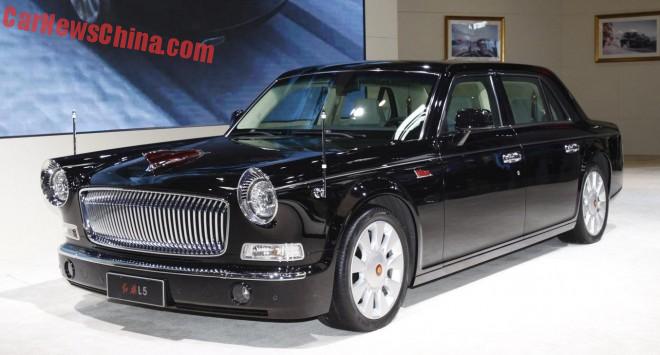 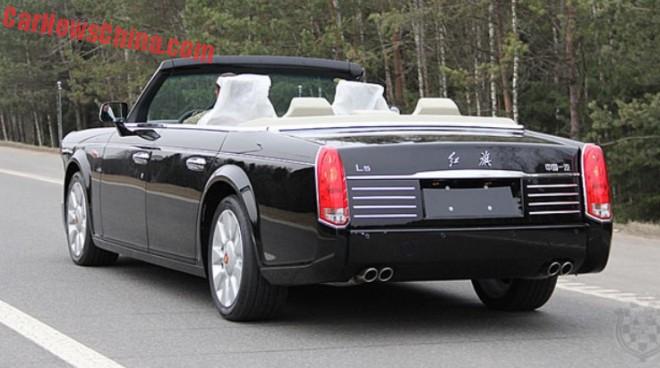 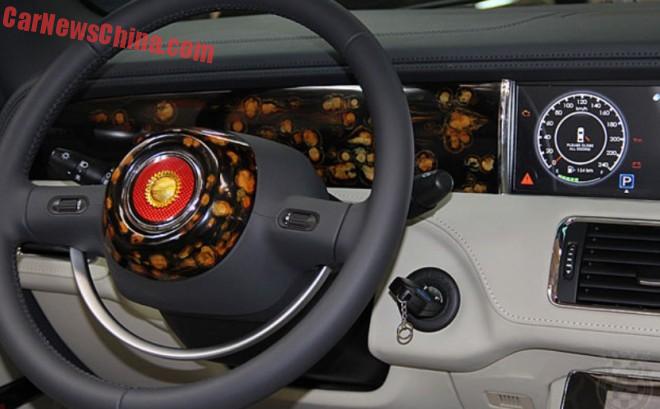 Steering wheel with sunflower is a reference to the famous Hongqi CA770 state limousine. The all-digital instrument panel is located in the center. 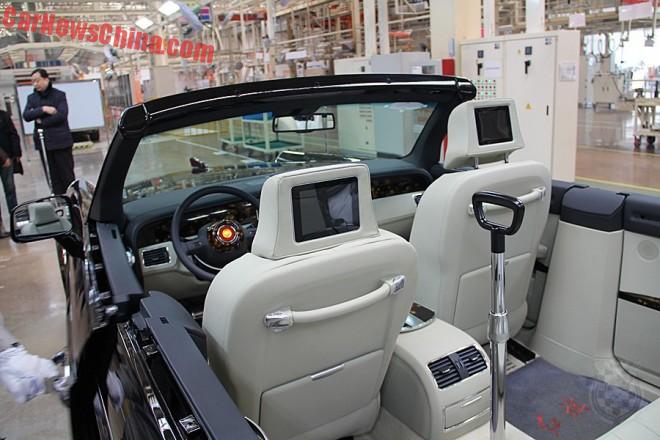 One of the parade cars in the Hongqi factory in Changchun, capital of Jilin Province. The person parading holds the handle with one hand, while saluting or waving with the other. The stick and handle are a novelty, earlier open-top parade cars used a horizontal handlebar, which seems a much safer solution. 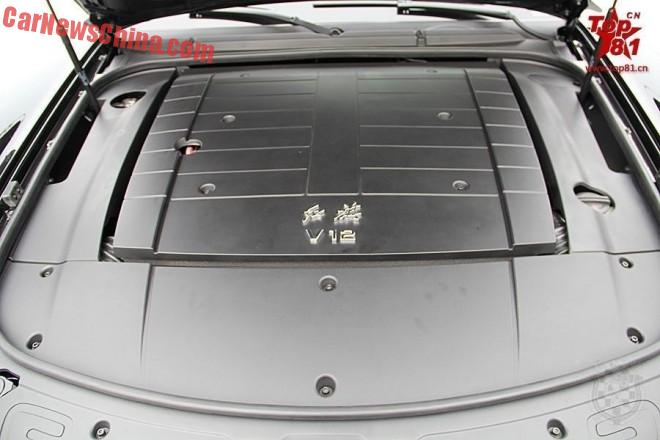 Somewhere here is a V12.

The L5’s during a test drive. 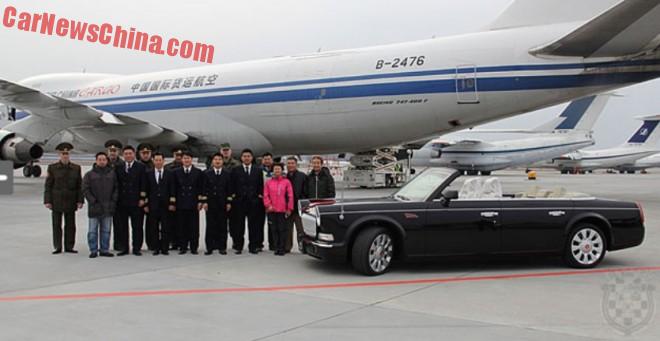 Happy faces. The handing-over ceremony on the airport in Minsk. The L5’s were flown in with a Boeing 747-400F owned by Air China Cargo. 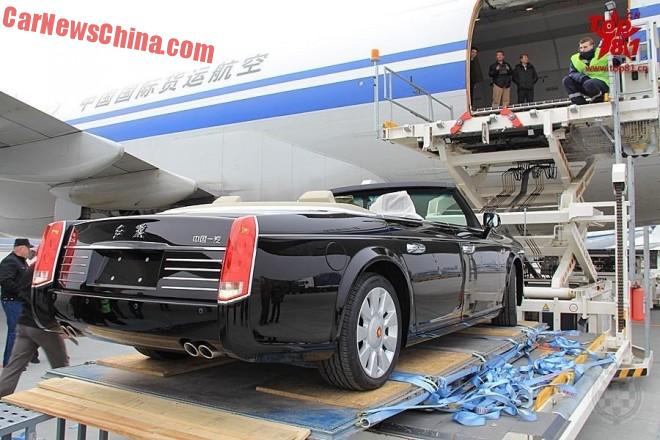 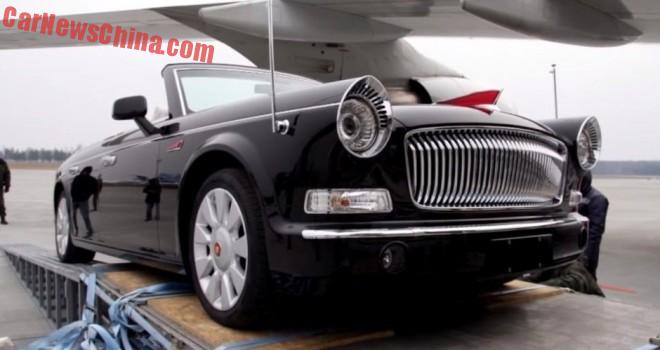 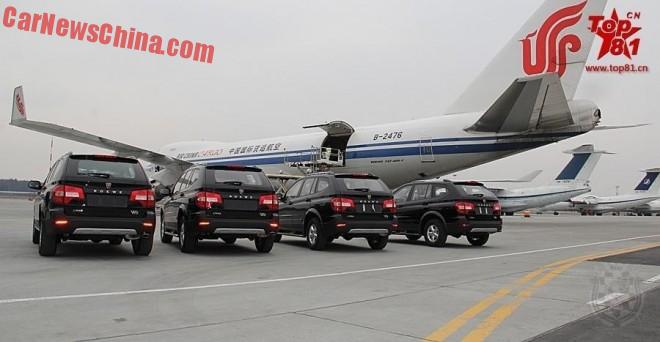 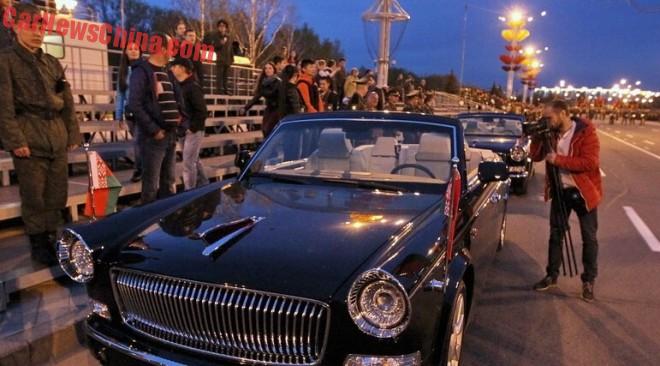 The L5 parade cars during the rehearsal. 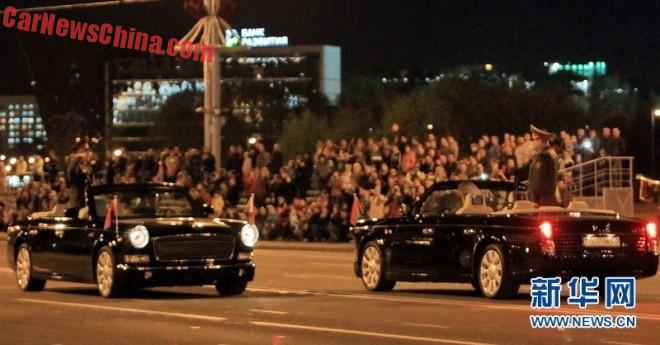 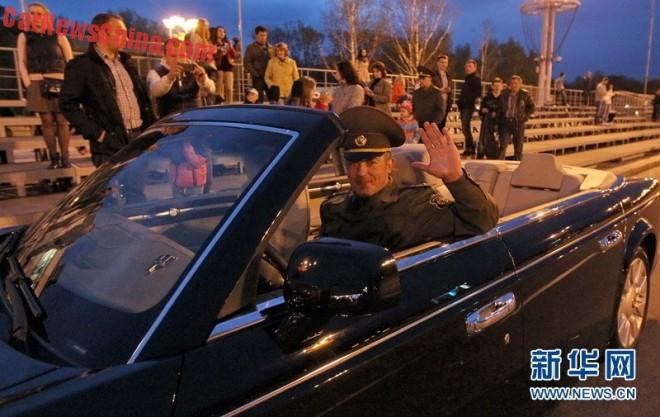 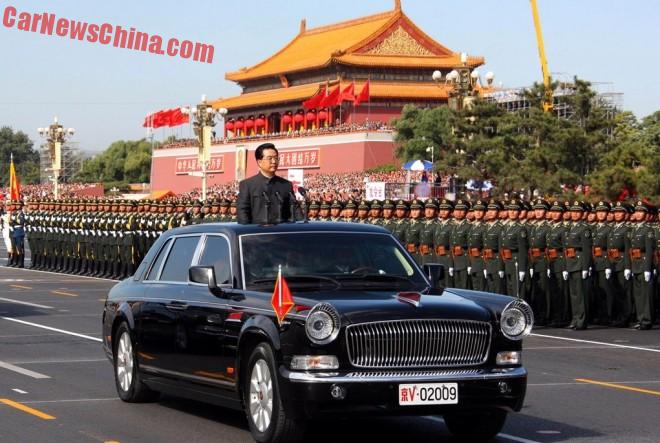 The big daddy. The mighty Hongqi L9 parade car. Suicide doors, armored, 6.4 meters long, and equipped with a four-mic microphone system that can beam the words of the president to the world, and to a speaker system installed along the parade route. Seen here parading is former Chinese president Hu Jintao.