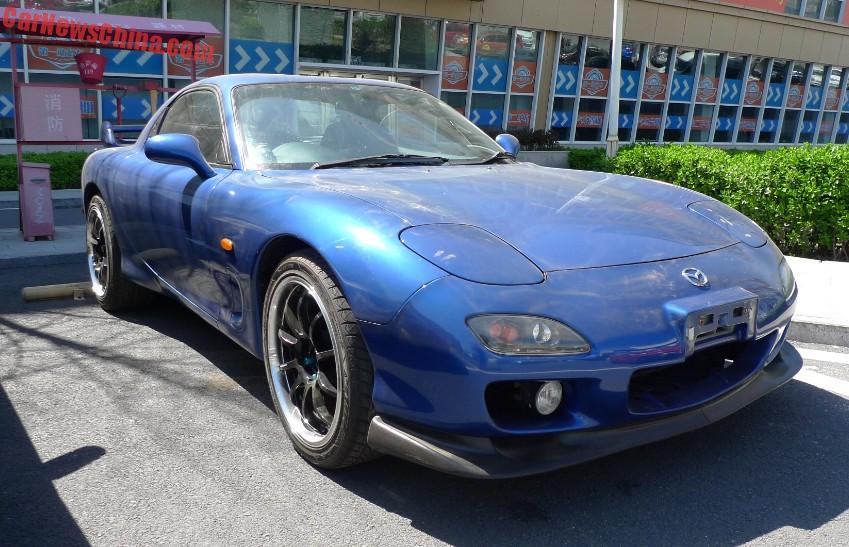 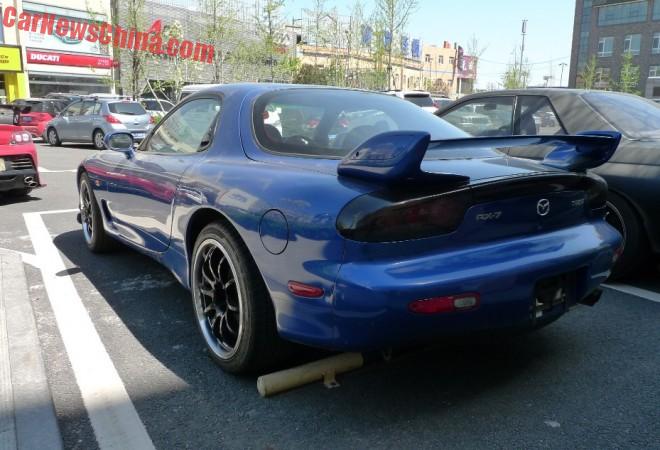 The third generation ‘FD’ Maza RX-7 was manufactured from 1991 until 2002. This particular car in Beijing is a rare ‘Series 8’ example, the final series made from 1999 until 2002. The Series 8 was only available in Japan… 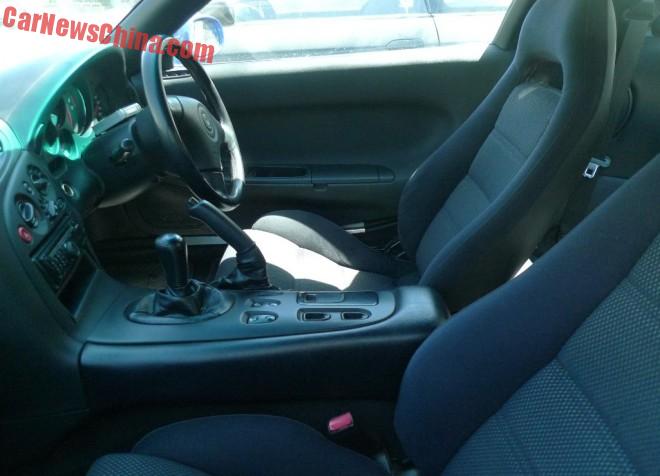 … and it is indeed a right-hand-drive car. The Mazda RX-7 was never officially exported to China so they are extremely rare. There are three known examples in Beijing; two that have been extensively modified for drift contests and this lone blue unmolested car. As it happened I recently met the other two on a local auto show here in town, more soon later in a separate post. 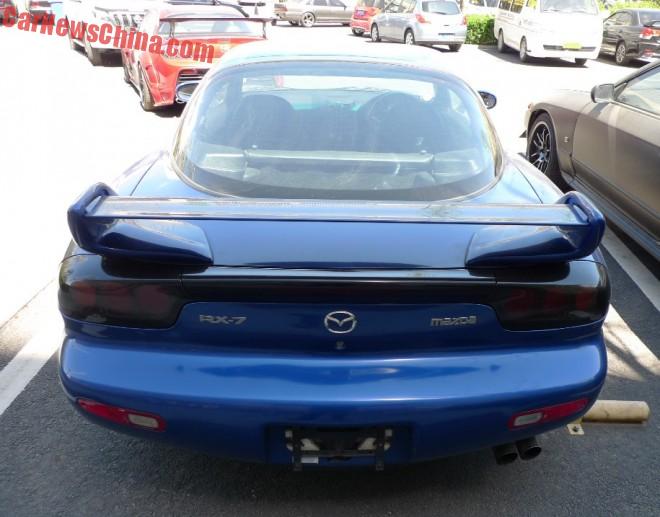 See that red monster in the background? That’s a scary RX-8. 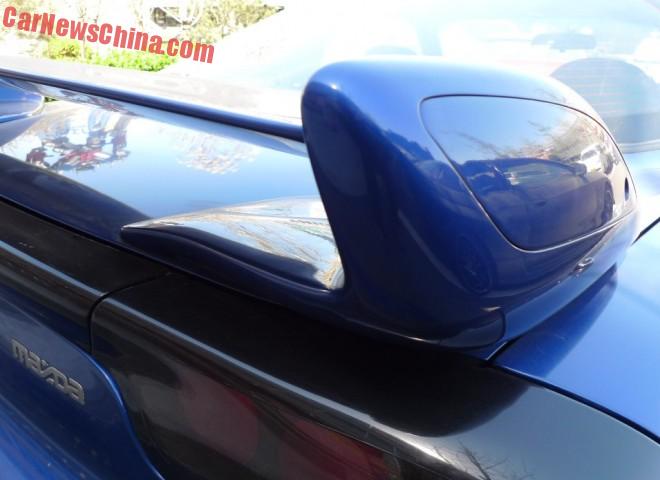 The Mazda RX-7 was powered by a somewhat bizarre twin-turbocharged 1.3 liter rotary engine. Initially output was 255hp but on the Series 8 the engine pooped out 280hp and 314nm. Transmission was a five-speed manual, like on this car, or a four-speed automatic. 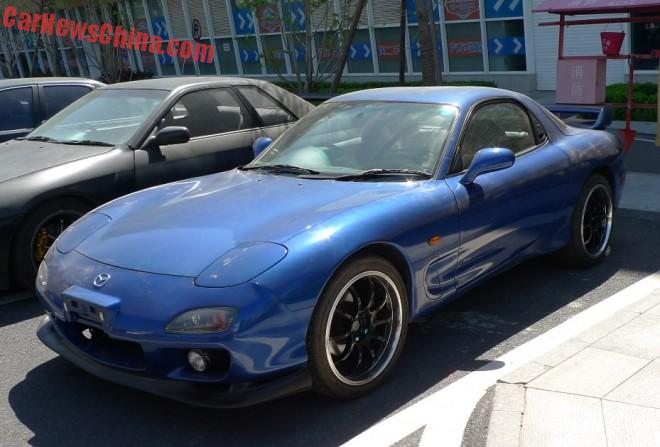 Because of the small engine and other weight saving measures the RX-7 weighted only 1250 kilo, making it fast and nimble, and famous for its handling and balance. 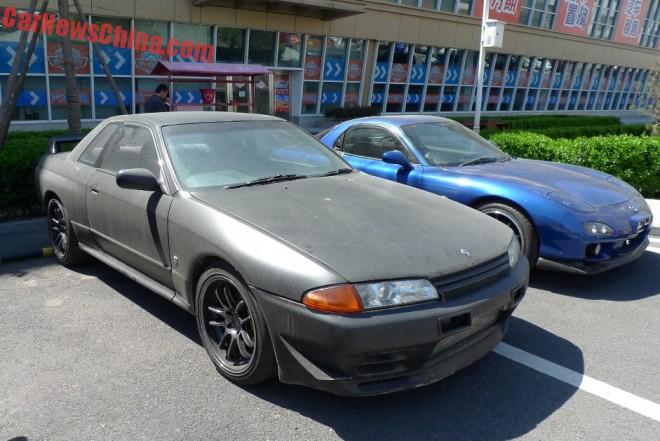 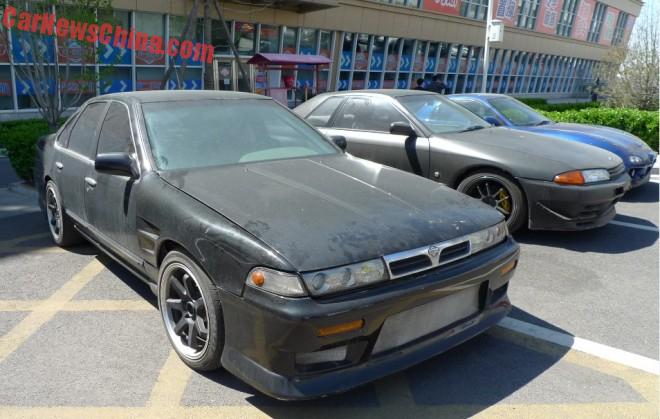 … and with a modified Nissan Laurel Altima 2.4 GTS-R (clean one here).