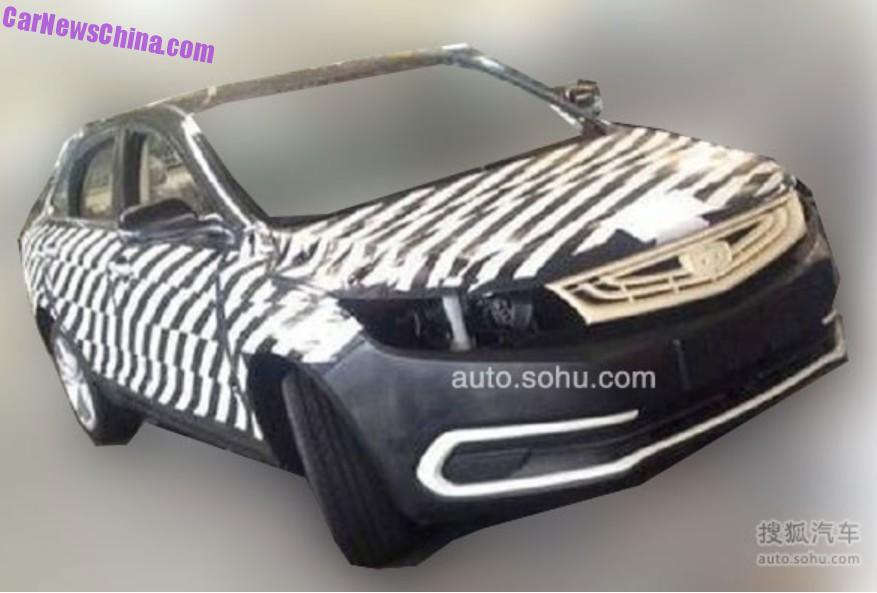 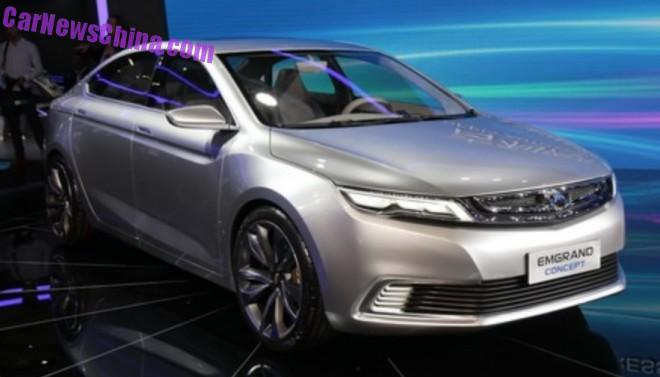 The concept, looking much better without that bar in the bumper. The eventual name of the sedan is yet unsure. ‘Emgrand’ is a Geely sub-brand that was supposed to be death already, but they kept it alive anyway. So this new sedan will likely be called ‘Geely Emgrand Something’, but with Geely you never know until the very moment the vehicle hits the market. 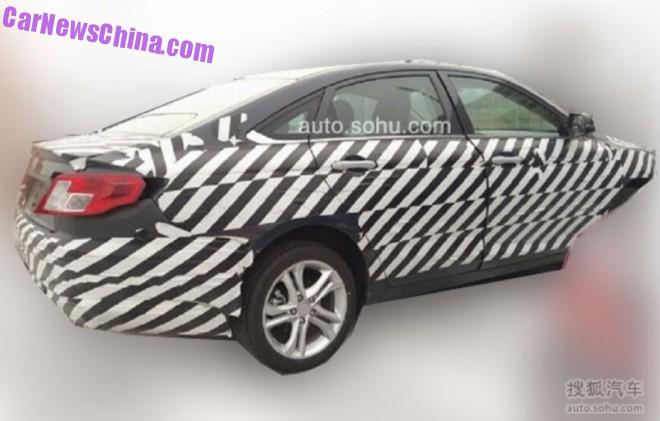 The ‘Geely Emgrand’ is the sedan version of the upcoming Geely Cross crossover. Interestingly, this Cross debuted as the Geely Emgrand Cross, was subsequently renamed ‘Geely Cross’ when Emgrand died, but will carry the Emgrand name anyway when it hits the market in Q3 because Emgrand didn’t really die in the end. Geely… 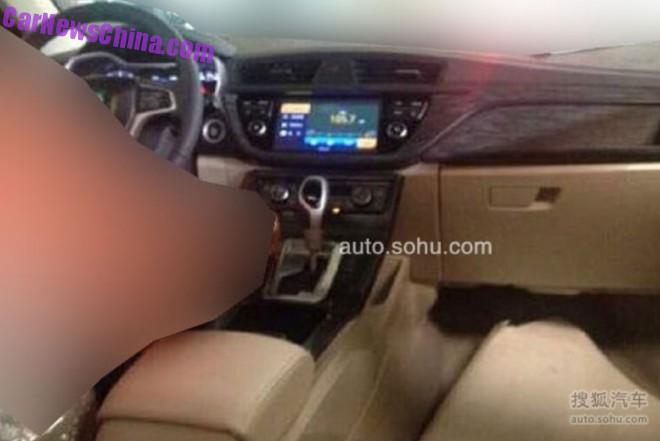 Fancy dash with a large touch screen and a floating center console. The Geely Emgrand sedan will get the same four-cylinder petrol engines as said Cross: a 1.3 turbo with 133hp and 185nm mated to a 6-speed CVT, and a 1.5 with about 150hp mated to a six-speed manual or six-speed automatic.

The platform that underpins the Emgrand sedan and the Cross will also underpin a range of new small Volvo’s that are set to compete with cars like the Audi A3 and the BMW 1-Series. 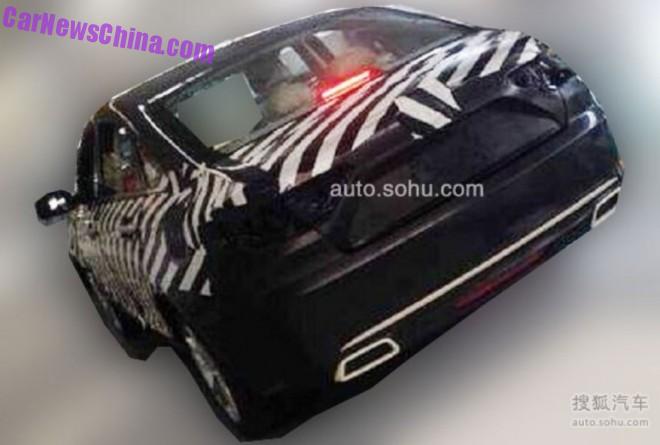 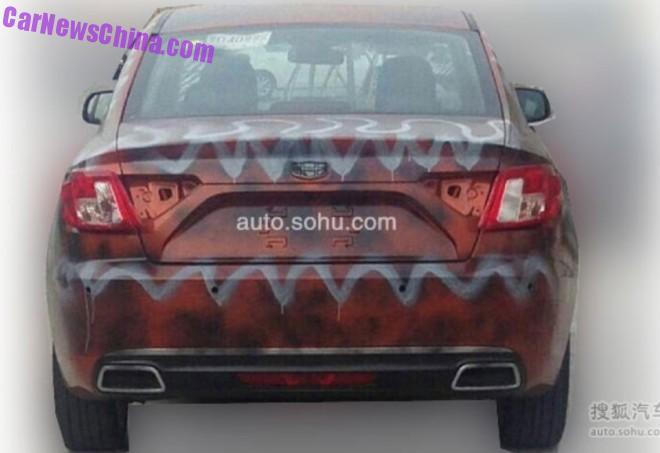 Rear lights are going to big, while the latest fashion dictates they should be small. Integrated rear wing very sporty again. Paint job only for those who really dare…