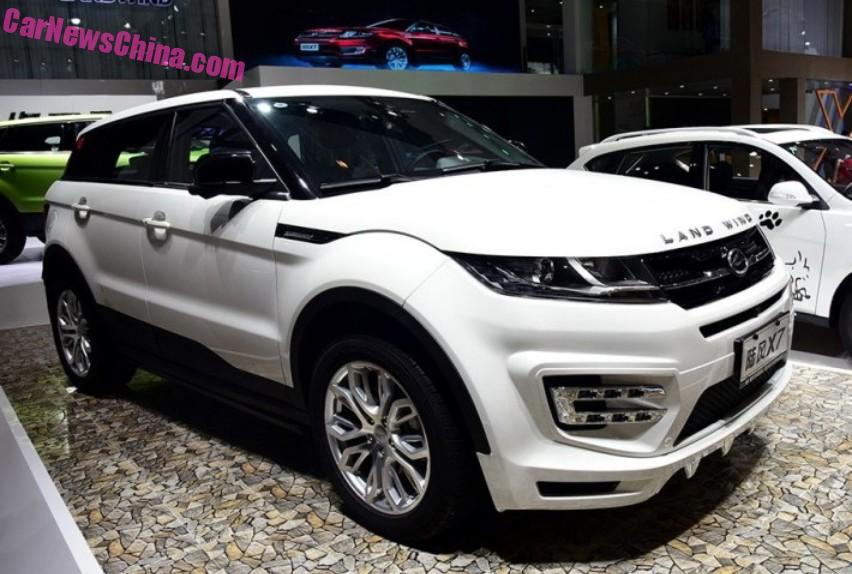 Landwind Motors brought a very speedy Landwind X7 SUV to the 2015 Chengdu Auto Show in China. The superbly controversial vehicle was painted in virgin white and fitted with a massive body kit. Sadly however the wheels and alloys are bog standard.

The kit sports a diffuser under the bumper, at the front of the car (!!!), first time we have ever seen that. Said diffuser is painted in shiny chrome for even more down force and sheer speed. Landwind said the kit will become available at the dealer, where it then can be bought with a Range Rover lookalike kit. 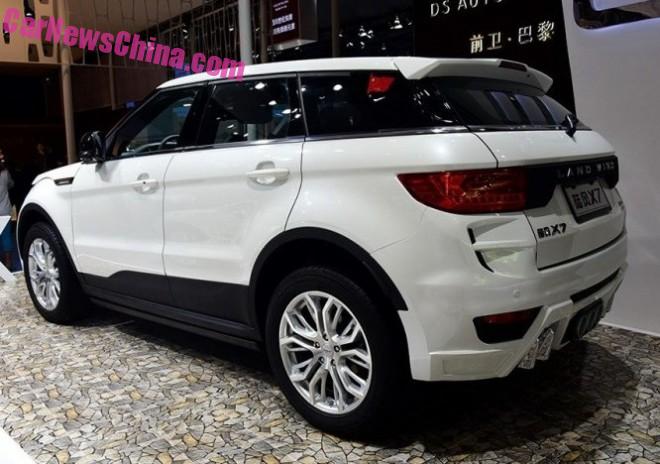 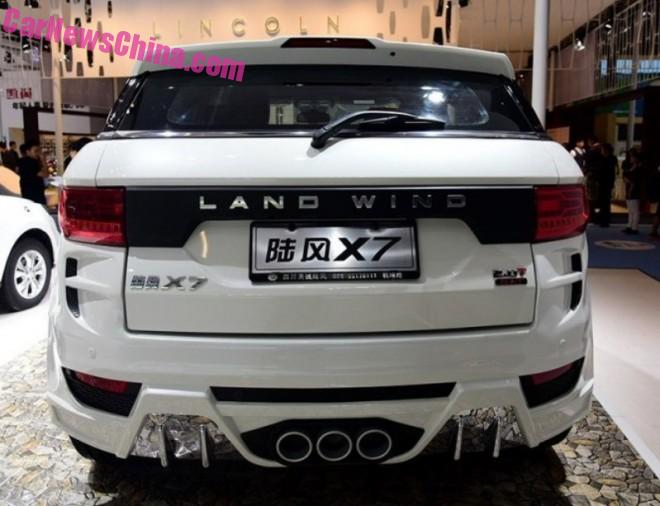 The rear diffuser is in shiny chrome again, and it has three exhaust pipes, but… 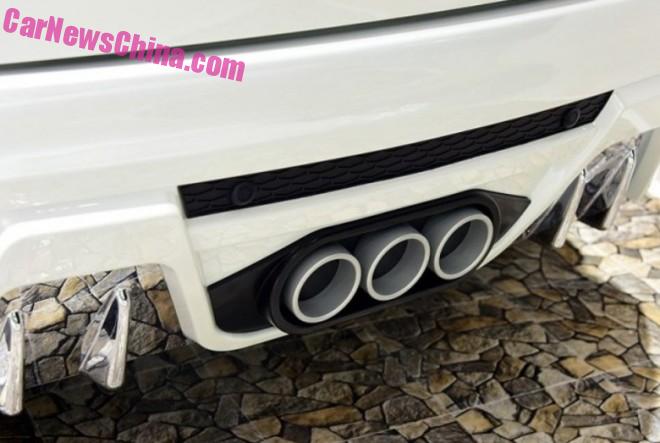 … they look very fake. The real pipe is likely hiding somewhere behind the bumper. 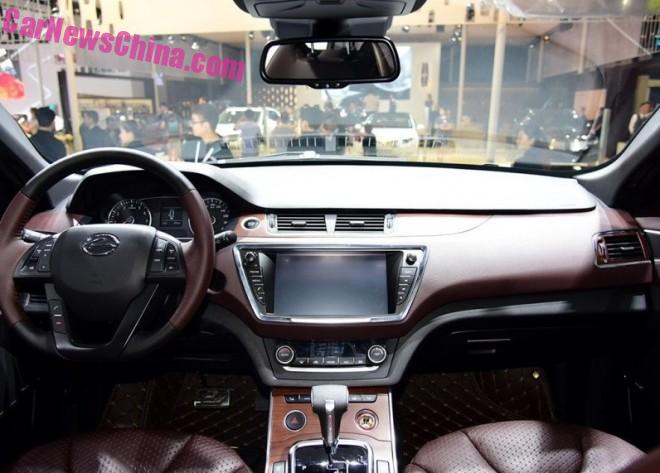 Interior is the same as in the standard X7, bar for the light-fake-wood trim, which will become available on every X7 in the fall. 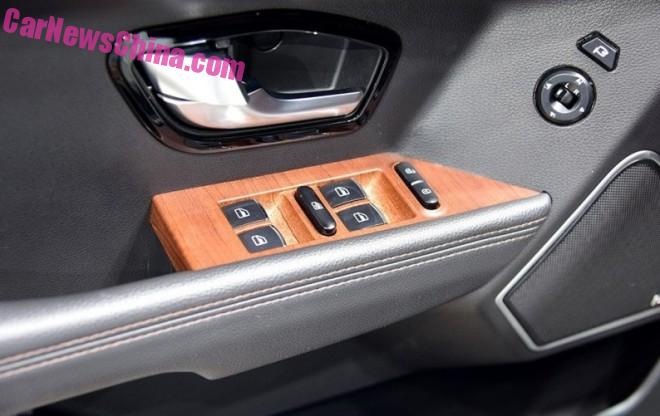 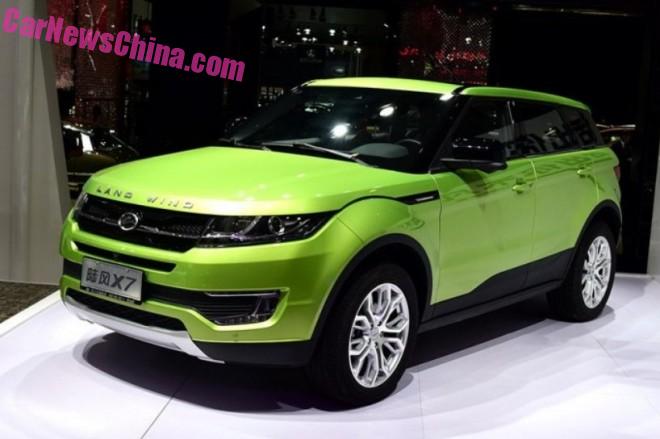