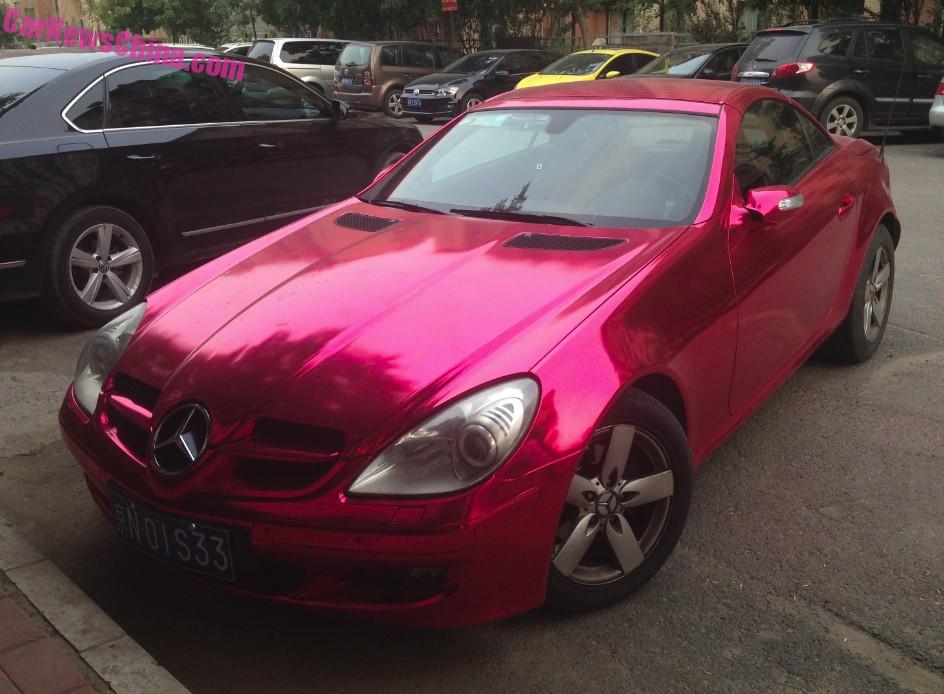 A very happy Mercedes-Benz SLK 350, Spotted in China in the Dongba area in the far eastern suburbs of Beijing, at almost exact the same location where we found a purple E. The speedly SLK is wrapped in an eye slashing shiny Pink wrap, and further prettied up with darkened windows and sporty five-spoke alloys. 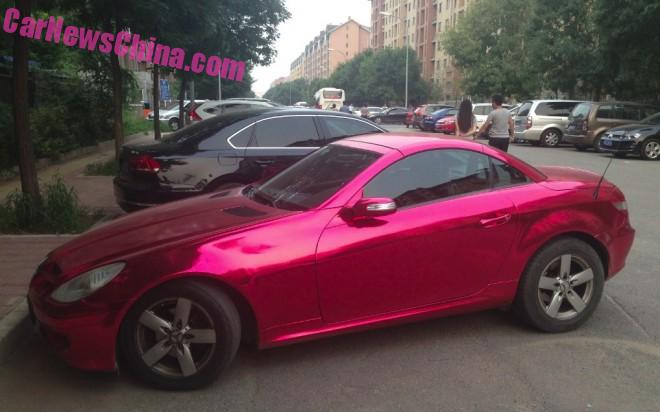 The shine sucks all the sun out of the area! The wrap was of reasonable quality but neatly covered the bumpers, the mirrors, and the door handles; the holy trinity of wrapping. Black windows contrasts perfectly with Pink body, but alloys should have been either black or shiny gold. 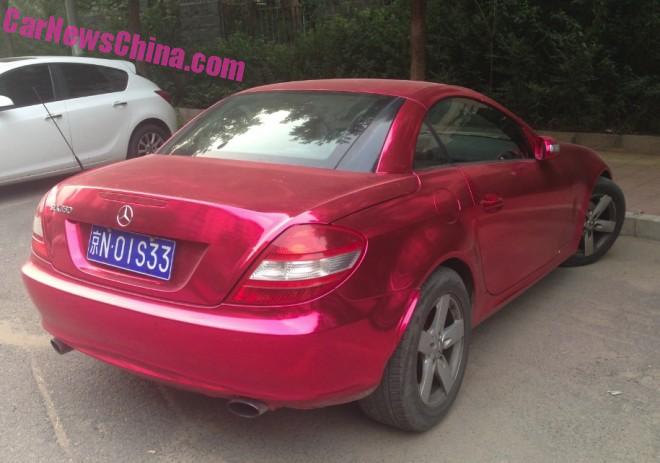 The R171 second generation Mercedes-Benz SLK was manufactured from 2004 until 2010 with a facelift in 2008, this Pinky in Beijing is a pre-facelifted example. The SLK 350 was powered by a 3.5 liter V6 with an output of 301hp and 360nm, which made it the most powerful non-AMG model of the line-up. 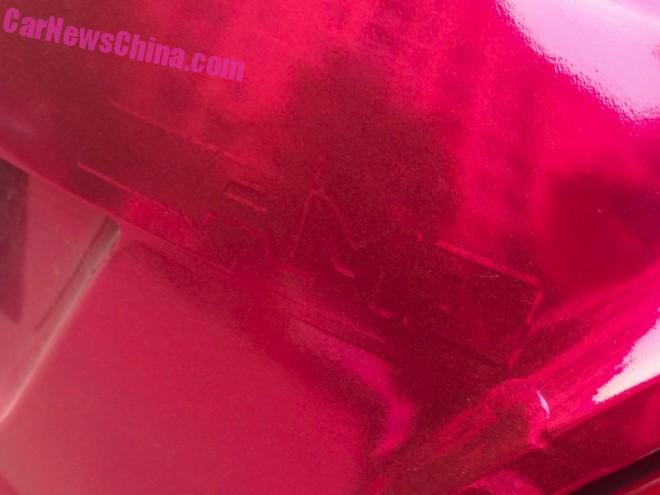