Visit to the BAW shop in Beijing 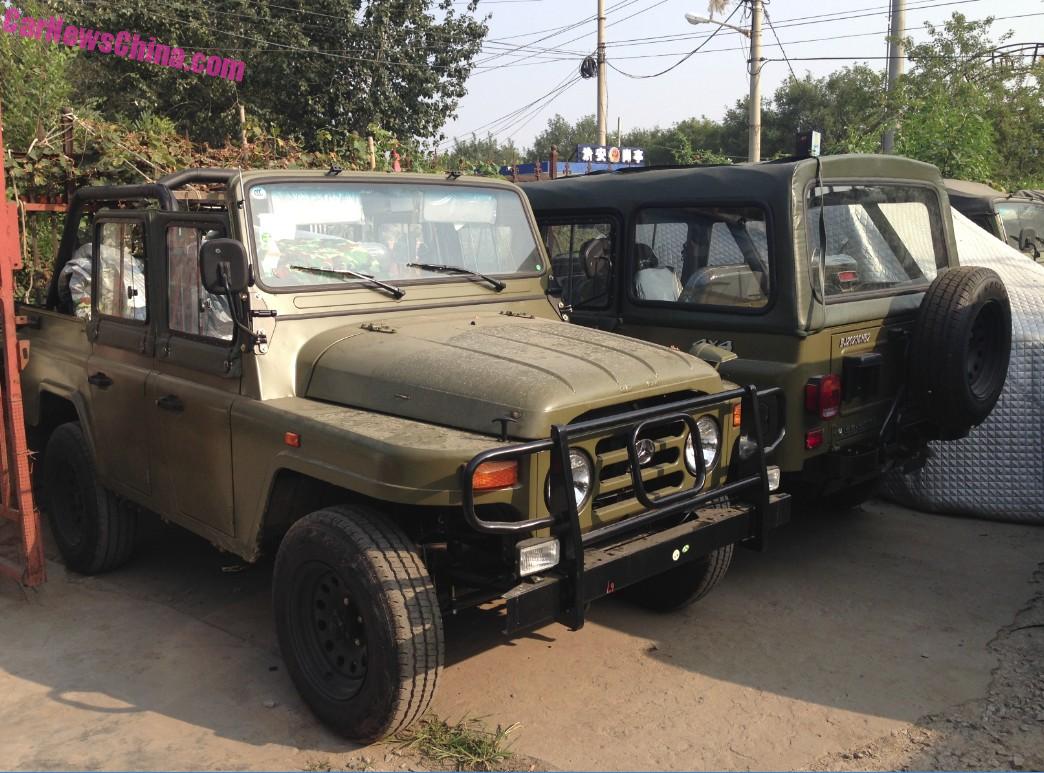 And that good day I went for a visit to a BAW shop near my home. They sell the BAW BJ212 and the Zhanqi series of 4×4 vehicles. The shop is located in the Dongba area, just outside the east section of the Fifth Ring Road in Beijing. When I was there they had about fifteen vehicles around. On the first photo two brand new BJ212’s ready for delivery. 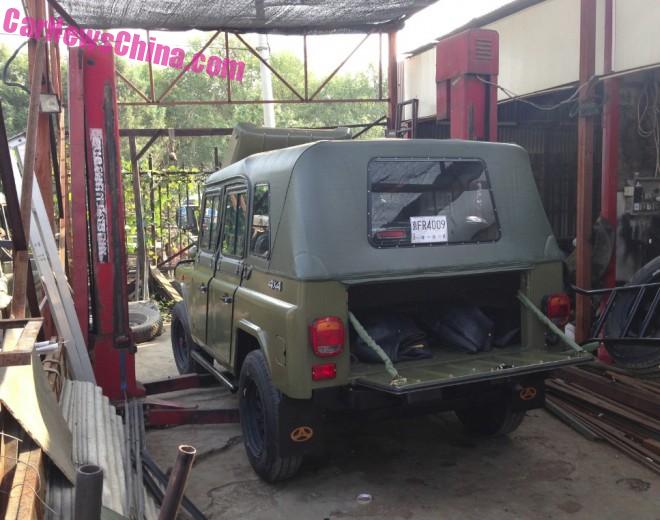 Another BJ212, receiving its final inspection.

BAW, or Beijing Auto Works, is a subsidiary of the giant Beijing Auto Industry Corporation (BAIC). BAW makes rough ‘n though SUV’s, pickup trucks, and 4×4’s. They have their own distribution channels and dealers, although some of their higher-end cars are also sold via the normal Beijing Auto network.

As you can see the place is a mess. Cars and parts and rubbish all over and everywhere. This is the norm for this kind of shops and it is kind of charming. Very often the owners of the various vehicles under repair work side by side with the mechanics, fixing a this and a that, because no matter how rough these good BAW’s do need a lot of work. 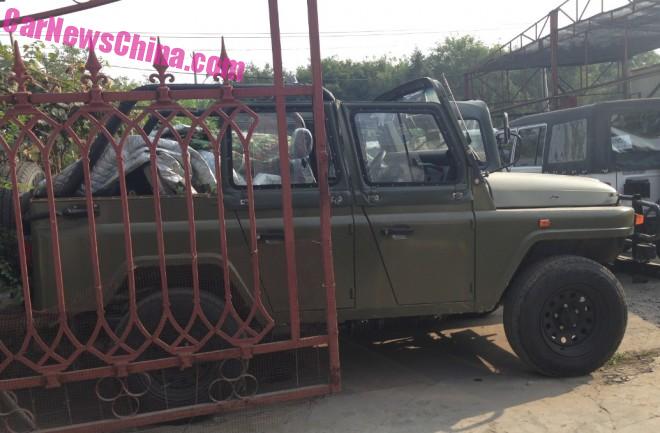 A BJ212 with the roof off. The BJ212 has been in production since 1965, and the base model basically didn’t change a bit. The dark green cars are of the civilian variant. They are exactly the same as the military variant, bar for the radio.

Over the years BAW has developed zillions of variants, for the army, for the private market, for export, for construction, and for whatever else you can imagine. They have also developed several modernized variants of the BJ212, of which the Zhanqi is the only one still alive. The BJ212 has survived all the others… 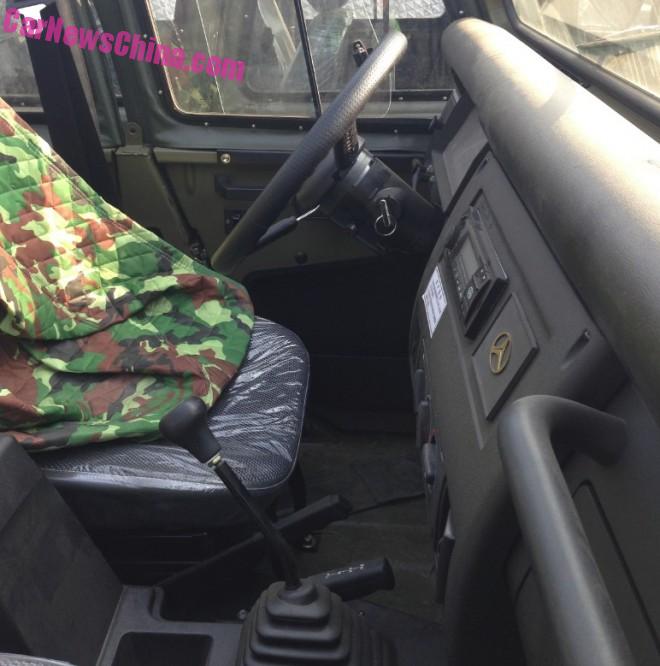 The interior of the BJ212, with a relatively modern radio with a USB connector! BAW is becoming a modern company there.

Current price starts at 58.600 yuan and ends at 61.11o yuan. That is the official price, but the shop had them on sale for only 50.000. Very tempting indeed but sadly and badly these golden oldies will soon be banned completely from the city in another bid to clean up the air. The ban, that also hits all vehicles manufactured before 2000, was supposed to start on January 1. But after fiery protests from many citizens, yes that does happen in China, the ban has been postponed, but nobody knows until when. 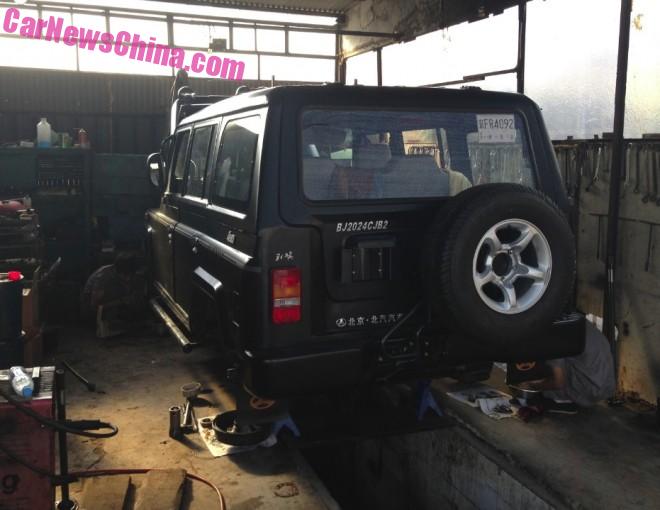 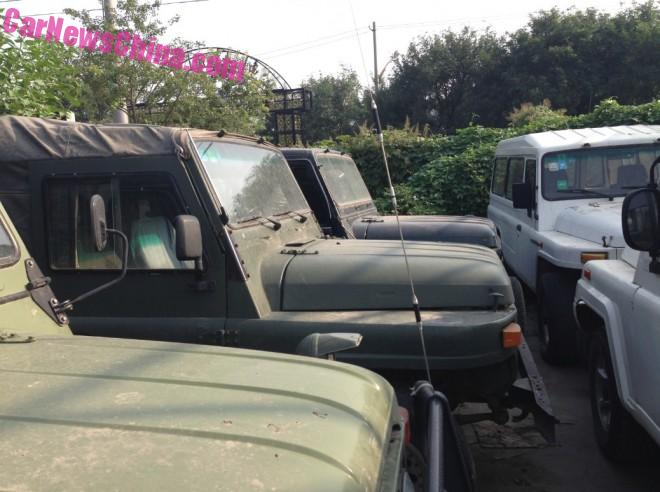 Several BJ212 and Zhanqi in various shapes and kinds. Some waiting for repair, and some oldies just waiting to donate parts. Relatively rare two-door hardtop BJ212 station wagon in white on the right. 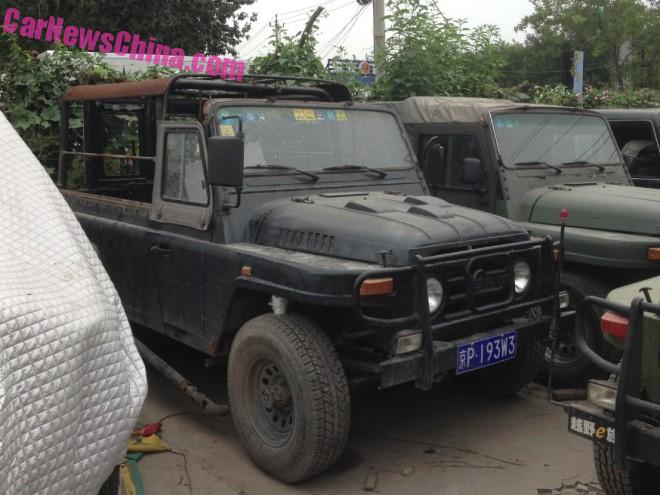 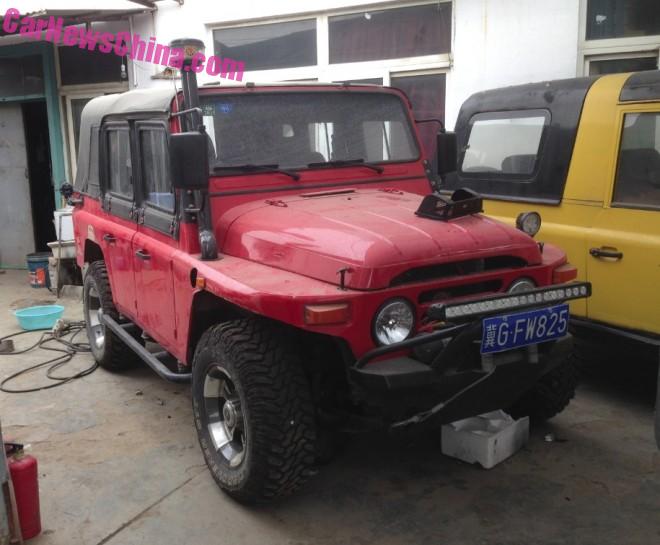 A super sonic modified BJ212, with a new bumper, a winch, a LED lights, side bars, big mirrors, and off-road tires. License plate of Hebei Province. 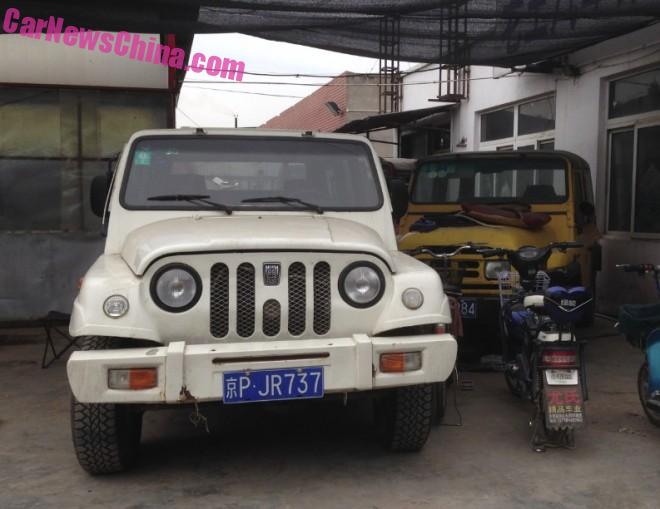 A white Zhanqi with a yellow BJ2020T, the latter was another attempt to modernize to BJ212, it didn’t work out, likely because it had square-shaped headlights. 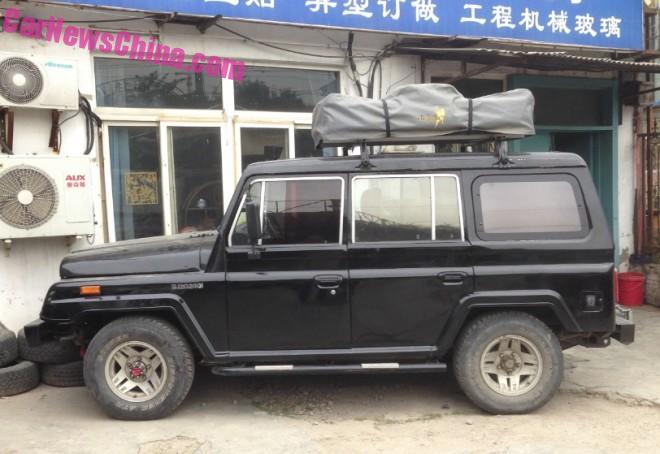 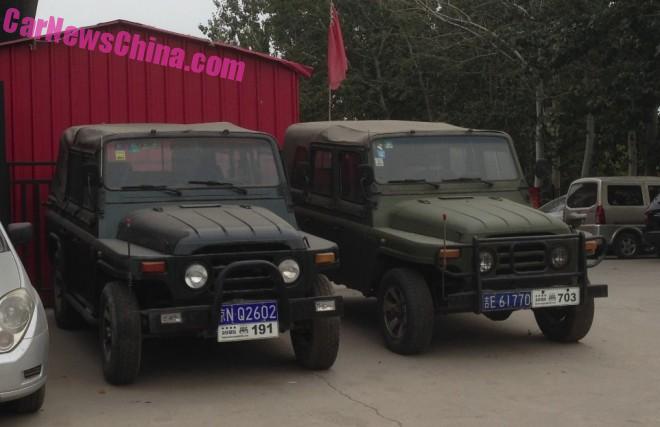 Two BJ212 standing outside the shop, maintenance done and ready to return to their proud owners. Bull bars are popular factory accessories. Car on the right has a plate of Jilin Province. 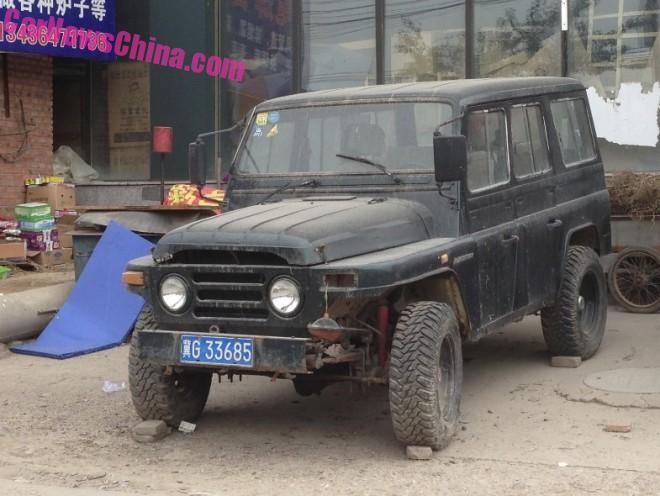 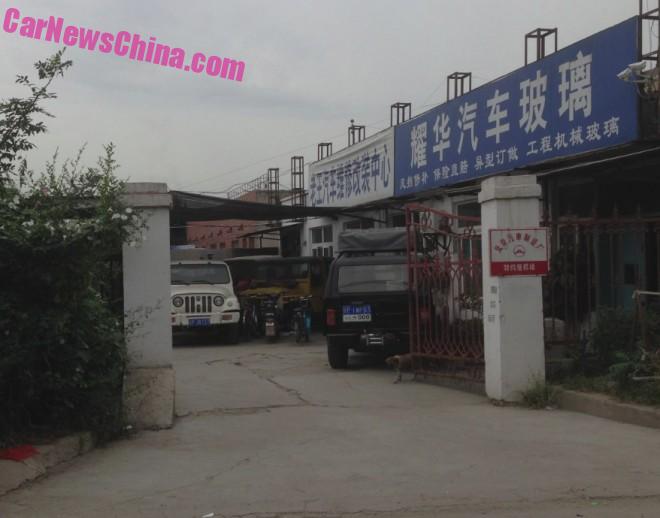 The gate of the shop. The red sign on the right pole shows the shop is an official BAW dealer. The owner said he fears for his business if the ban comes into force. Let’s hope that will never happen…

UPDATE June 2016: the ban has arrived and vehicles like the BJ212 are banned from all roads within the Sixth Ring Road. The shop has been closed.

Update December 2017: the location area of the ban has been changed to all roads within the Fifth Ring Road, which makes a very large difference. The change however came too late for our shop…