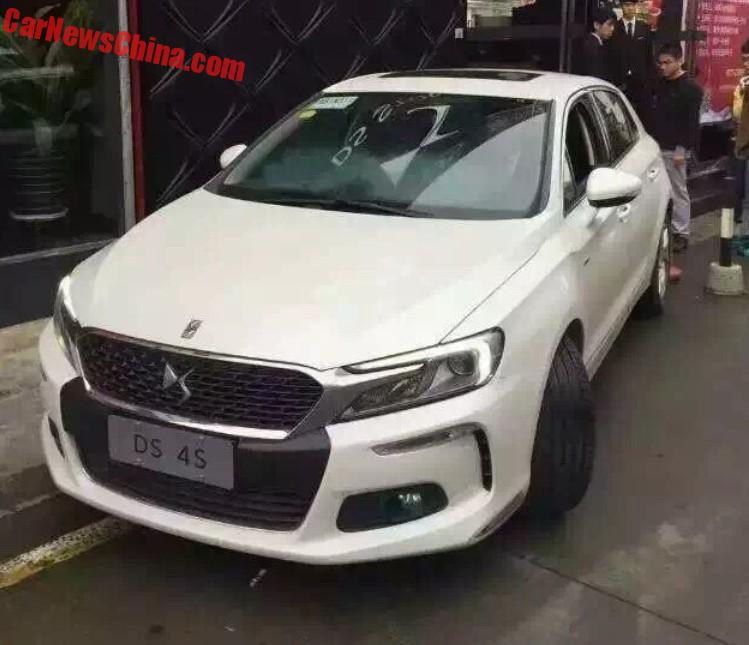 Spy Shots of the brand new Citroen DS 4S hatchback in China, seen all naked in front of a ‘DS Store’ (a dealer) in the city of Shenzhen in Guangdong Province. The DS 4S debuted as a concept on the Guangzhou Auto Show in November last year, the real thing will hit the Chinese car market within Q1. 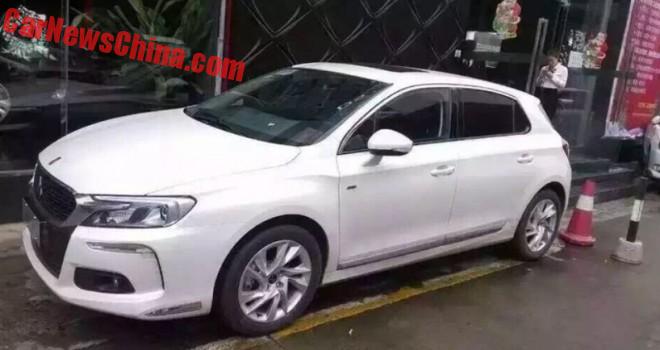 Leaving this conversation for what it is, the front overhang of the DS 4S is indeed enormous. Almost one fifth of the entire car it seems. And it is made even worse by all the stuff Citroen has put in it, like a heavily chromed grille, a black lower grille, LED light thingies with some chrome and a vertical fake air vent, black plastic around the fog lights, and then some chrome strips in front of the front wheel. Enormous too are the mirrors. 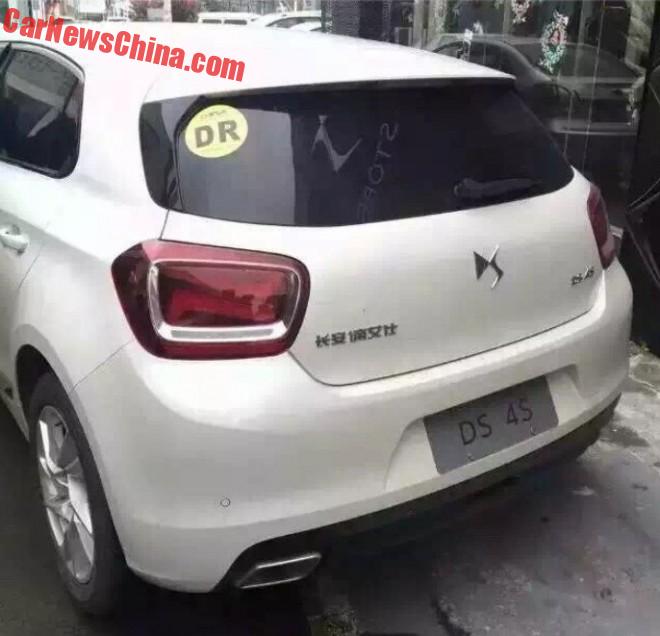 The DS 4S is a China-only premium hatchback that is set to compete with the Audi A3, the BMW 1-Series, and the Mercedes-Benz A-Class.  It will be positioned under the Citroen DS5 and will replace the unsuccessful Citroen DS 4 in China. 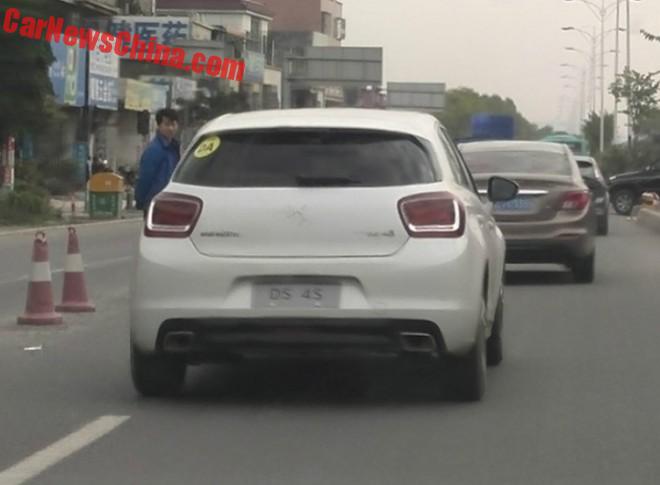 The same car was also seen on the road. 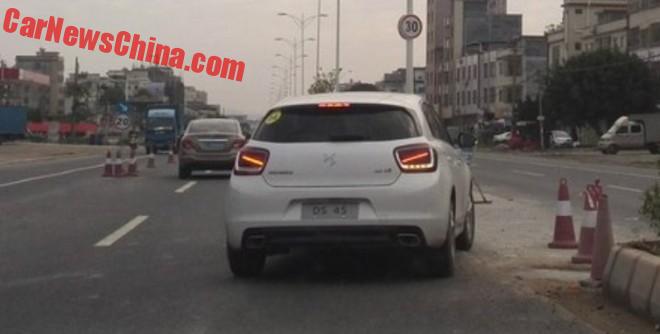 Breaking revealed a rather cool diagonal brake light, although not as cool as… 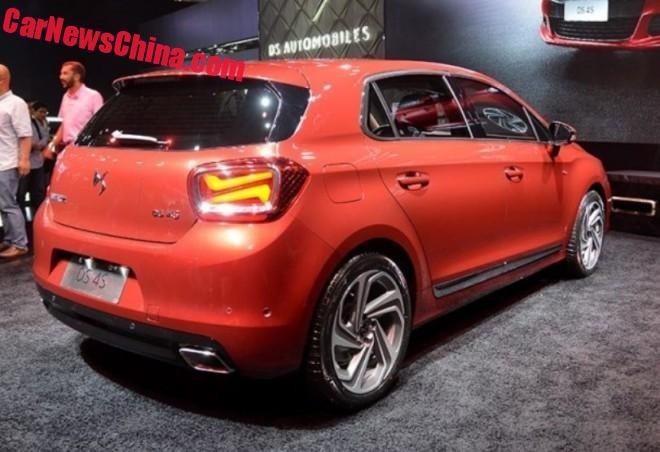 … the DS themed brake lights of the concept.