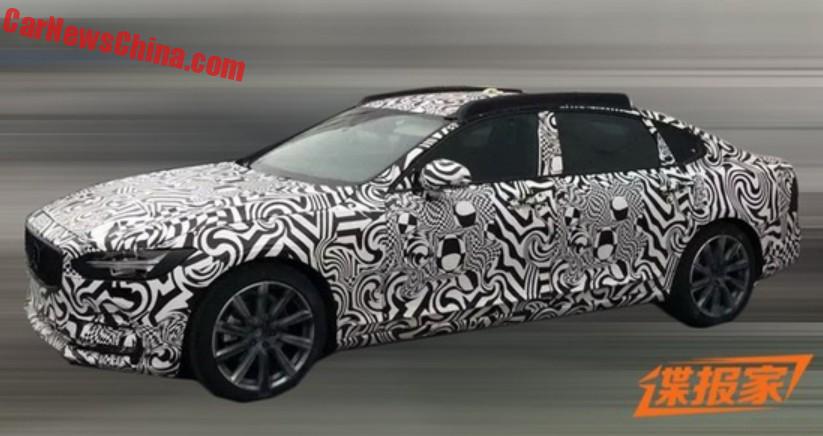 Spectacular Spy Shots of the upcoming Volvo S90 L, the extended wheelbase variant of the new Volvo S90 sedan. The body is extended behind the B-pillar and the third-side window is covered for extra privacy. 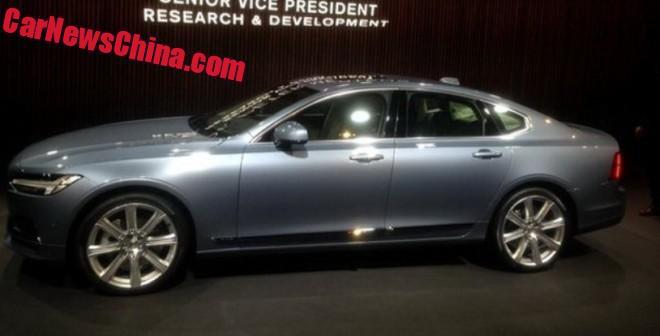 The base Volvo S90 for comparison. The difference is best visible by looking at the roof line from the B to the C/D pillar, the line is flatter and longer on the L version. By how much the L will be extended is yet unknown, but it will be somewhere between 8 and 12 centimeters. 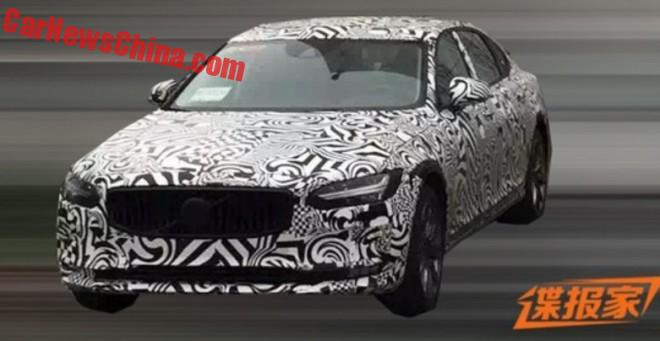 The Volvo S90 L will be manufactured in the Chinese Volvo factory in the city of Daqing, it will be launched on the market in late Q4. Until then the standard-sized Sweden-made Volvo S90 will be imported into China, with sales scheduled to begin in May.

The S90 L will compete with the Audi A6L, the BMW 5Li, the Mercedes E-Class L, and the new Jaguar XFL.

The S90 L will be available in three engine configurations:

Note closed 3th side window, seemingly with a badge on it, just like the extended Volvo 960 Royal had.