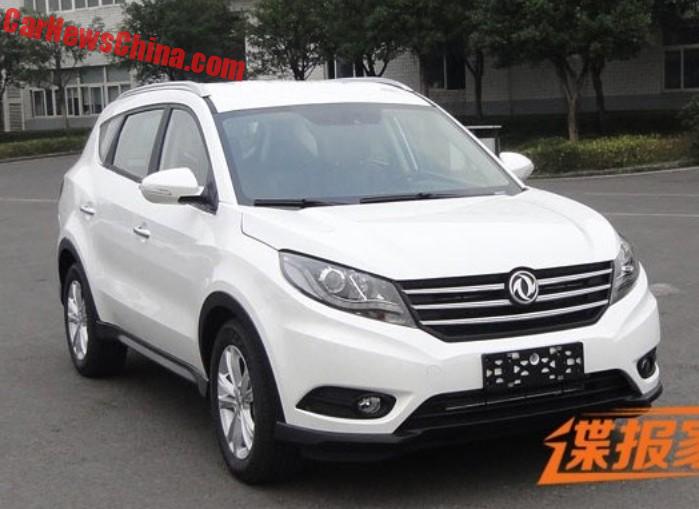 Spy Shots of the new Dongfeng Fengguang 580 SUV for China. The Fengguang 580, previously known as nameless, is a new compact SUV for the new Fengguang sub-brand. It will debut on the Beijing Auto Show in April and launch on the Chinese car market soon thereafter. 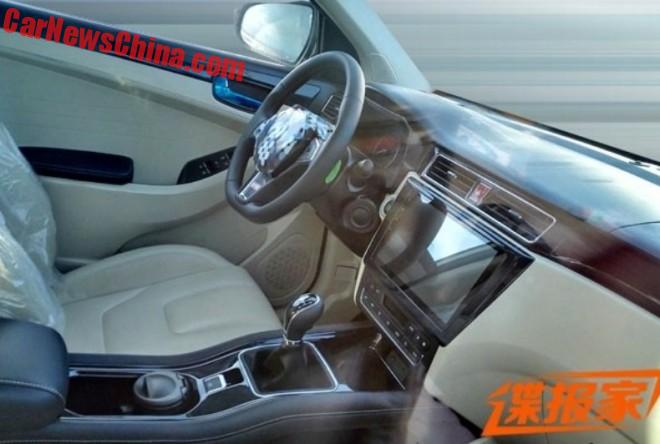 The interior looks impressive. Centerpiece is a giant horizontal orientated LCD touch screen. The screen appears to control almost everything because there are very few buttons left. The instrument panel is analogue, showing that Dongfeng isn’t Zotye-modern yet. The center tunnel looks sleek, with an electronic parking brake in front of the cup holder. 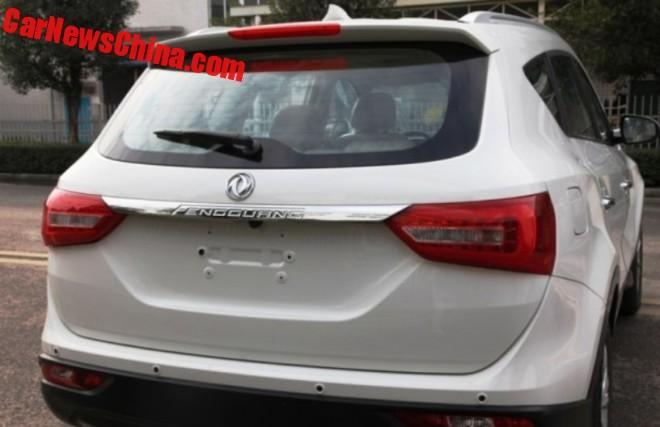 Earlier spy shot of the rear with a Fengguang badge on the chrome strip between the lights. 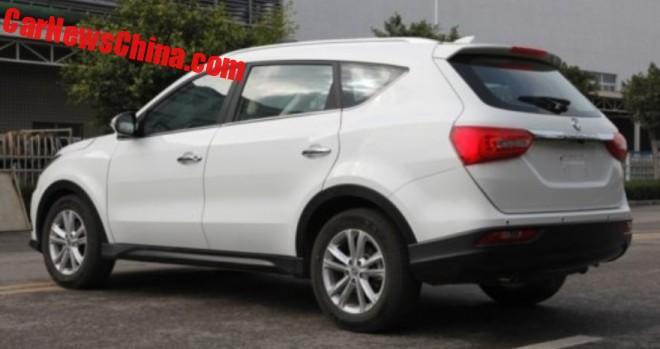 Design is trendy with an almost entirely closed D-pillar, a large rear door, a small spoiler above the rear window, a shark fin antenna, and usable roof rails.