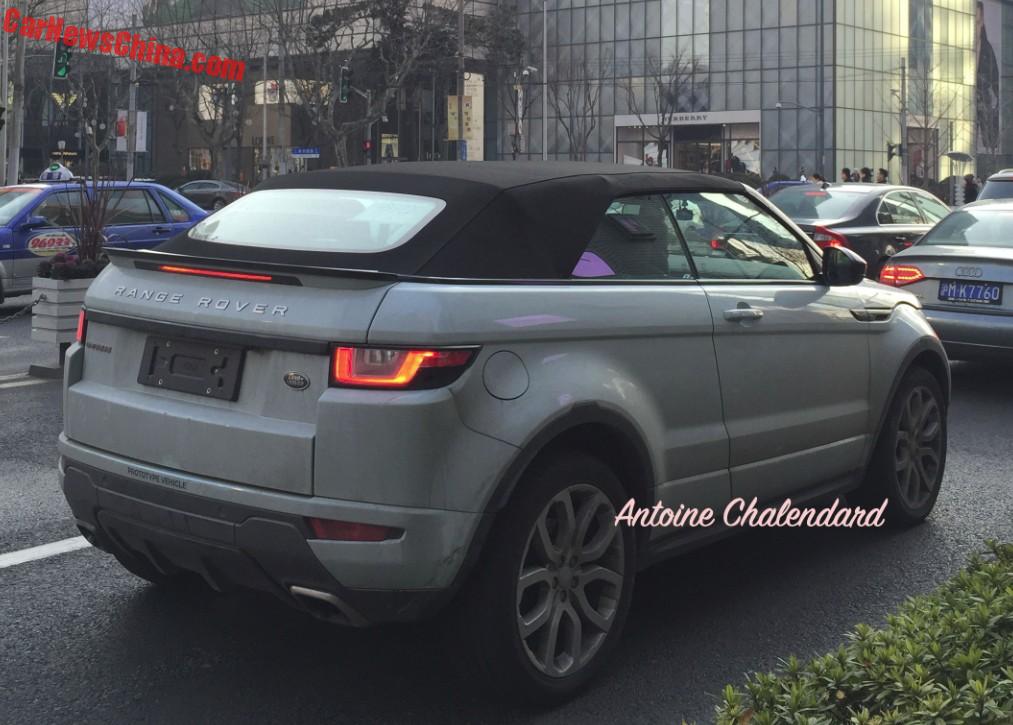 Spy Shots showing the new Range Rover Evoque Convertible in Shanghai, where it was snapped by Reader & Super Spy Antoine Chalendard, thank you for the photos! The open Evoque debuted on the the L.A. Auto Show in November and will have its China debut in Beijing in April with a launch on the Chinese car market in May, just in time for summer.

The Evoque Convertible will be imported into China, unlike the regular four-door which is manufactured locally by the Chery-JLR joint venture. It will be powered by the well known 2.0 turbo petrol with an output of 243hp and 340nm, mated to a nine-speed automatic. Price will start somewhere around 600.000 yuan or 91.000 USD. Lot of money for such a small and wuzzy car, but Range Rover doesn’t do a cabrio every day.