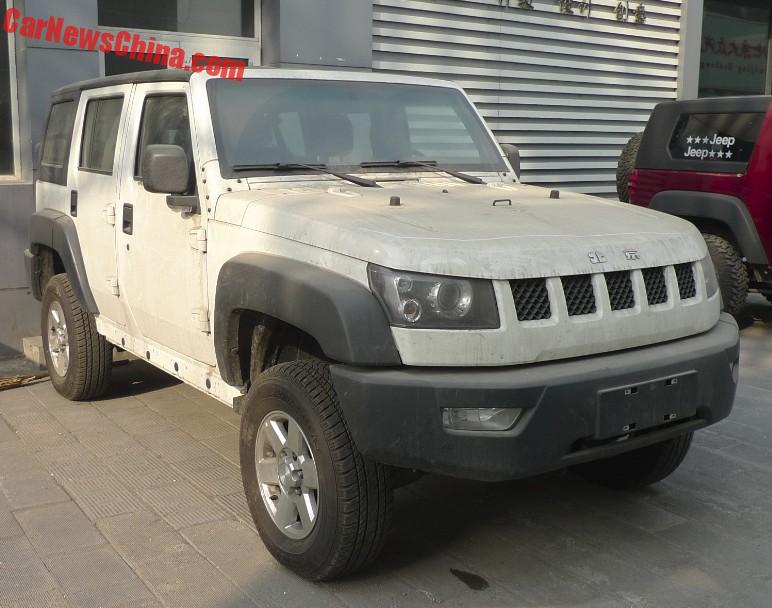 The shop prepares cars for auto shows, with an extra shiny wheel here and an extra spoiler there. The white B40L was stripped from its sidebars, so the shop is likely cooking up something fancy there. 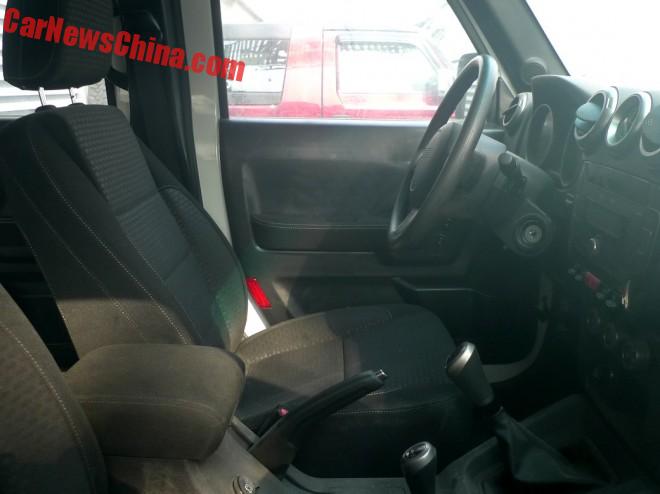 Front row and dash are exactly the same as in the BJ40, but… 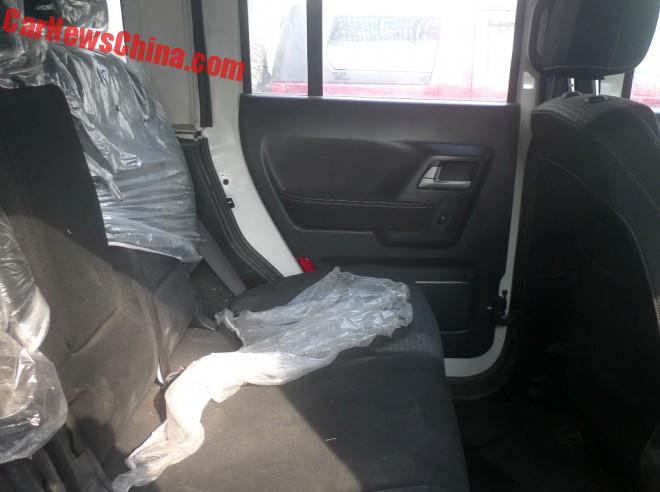 … here is all the difference. A flat bench with three seats and plenty of space for the legs and the heads. 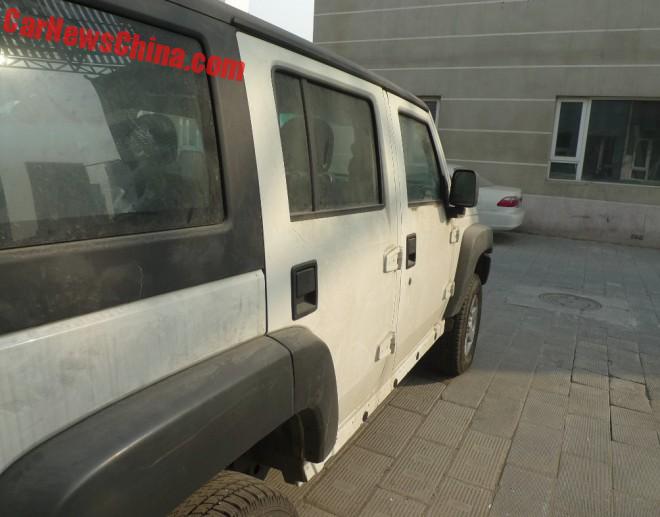 The BJ40L is about 40 centimeter longer than the BJ40. It is now expected that the L will hit the Chinese market sometime late in the first quarter, but with this car and this company one just never really know. It is comes price will start around 160.000 and end around 200.000 yuan. 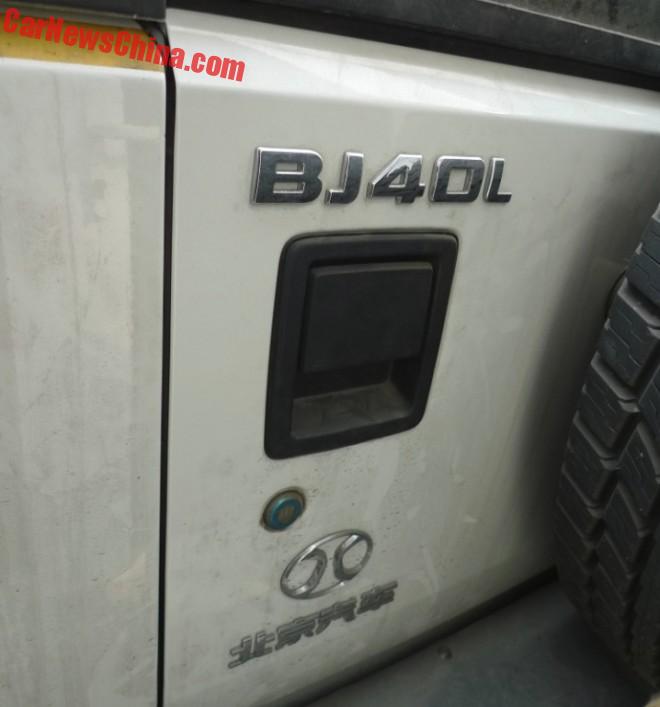 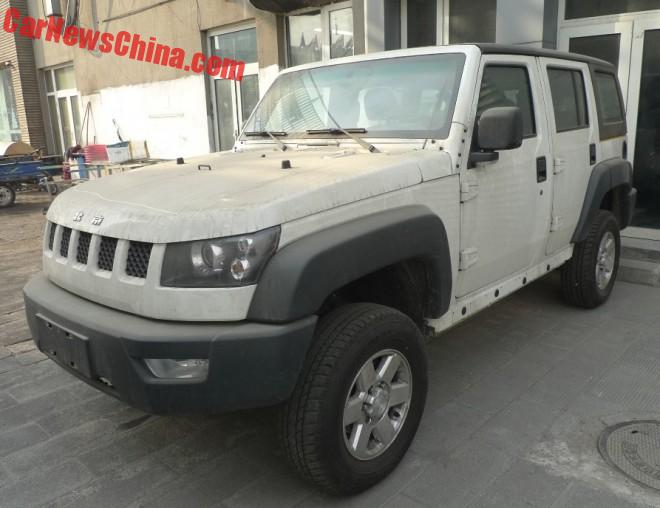 The hardtop can come off completely. Needs bigger wheels! 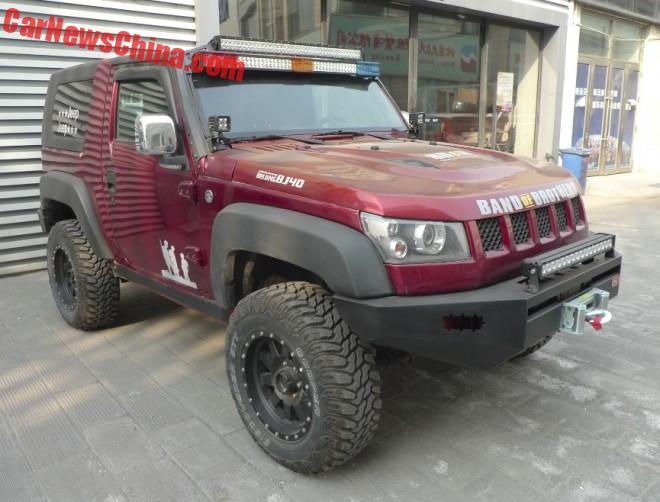 An ultra hip BJ40 at the same shop, nicely prettified with an extra wide bumper, a winch, stickers, big wheels, loads of lights, and shiny mirrors.