Ferrari California, and some other expensive cars, for Good Luck in China 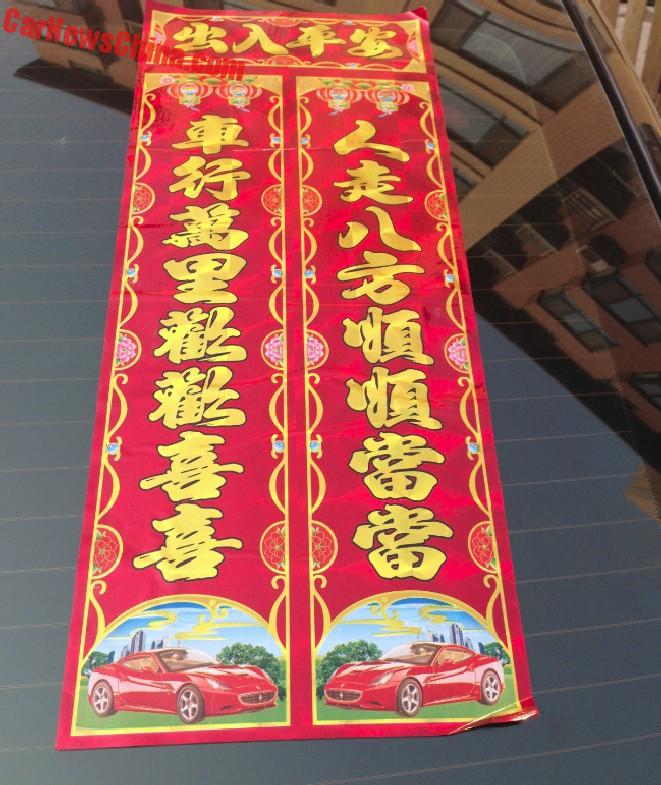 Two red Ferrari California speedy cars, seen on the rear window of a Mercedes-Benz E-Class L in Beijing. The red sticker-strip is a so called ‘chunlian’, or couplet, a traditional decoration for the Spring Festival time when the Chinese New Year starts. The chunlian expresses happiness and hope for the new year, and is generally  believed to bring good luck.

There are many kinds of chunlian, for in the house, for businesses, for in the office, each with its own specific hopes and wishes for the new year. The characters on the car variants usually express the hope safe and lucky travel on the road. The images of the vehicles express the hope for good fortune, or cold hard cash. 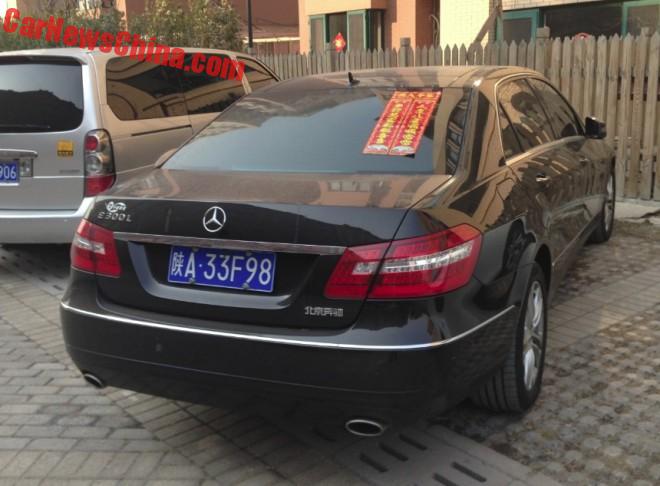 This is a E200L, manufactured by Beijing-Benz. A chunlian is normally applied on the front or the rear of a vehicle, never on the sides, because that would limit their visibility on the road, and thus the chances for good luck and fortune. 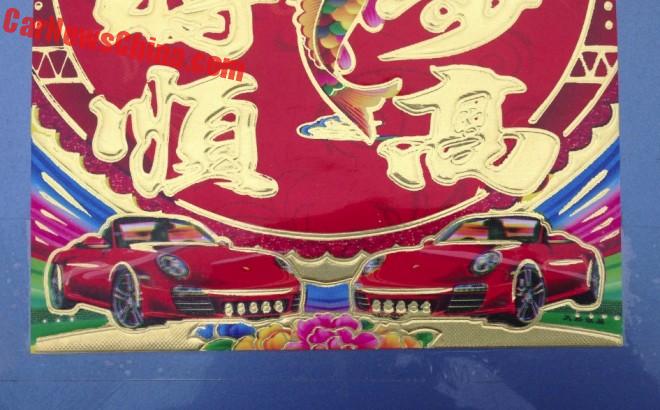 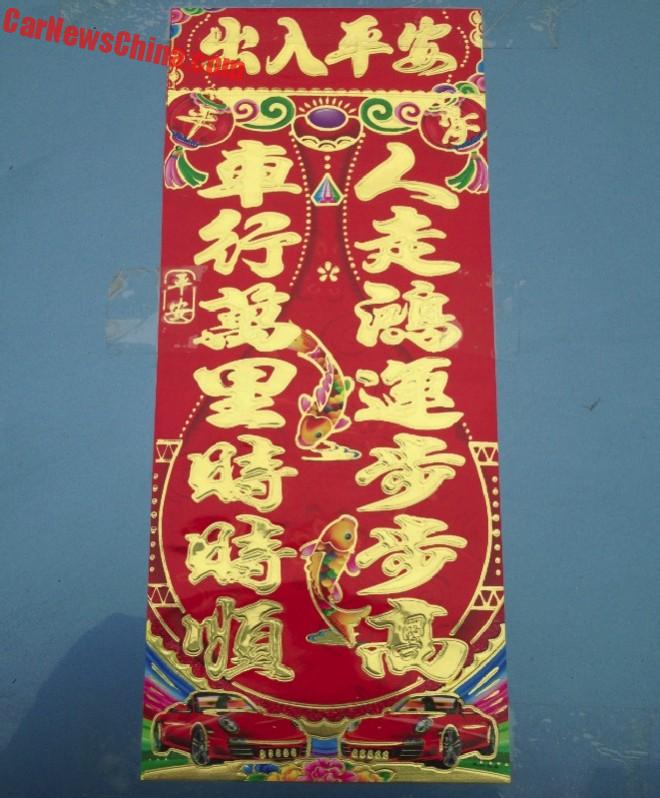 The top line says ‘go out and come back safe’, this top is the same of most chunlian. The main text says ‘wish for good luck and move higher and higher’, higher as in a career. 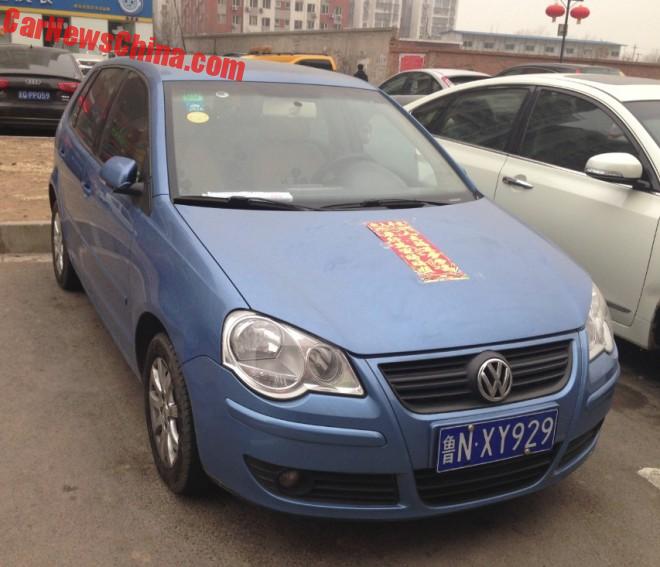 This speedy Ferrari is not really a Ferrari. It is the proposed ‘Vandenbrink Design GTO‘, penned by my fellow Dutchman Michael van den Brink. The GTO is based on the Ferrari 599 and is a homage to the original GTO. The company planned to build five cars, but sadly none has been born yet. 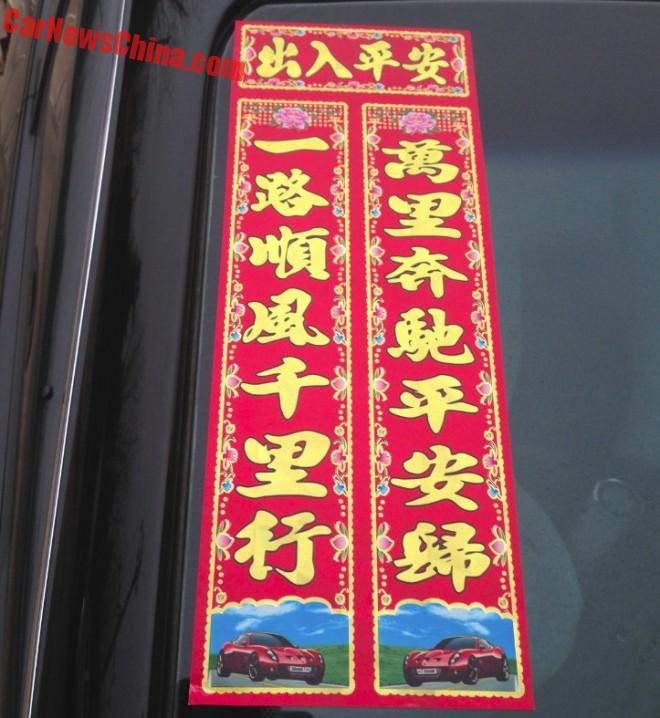 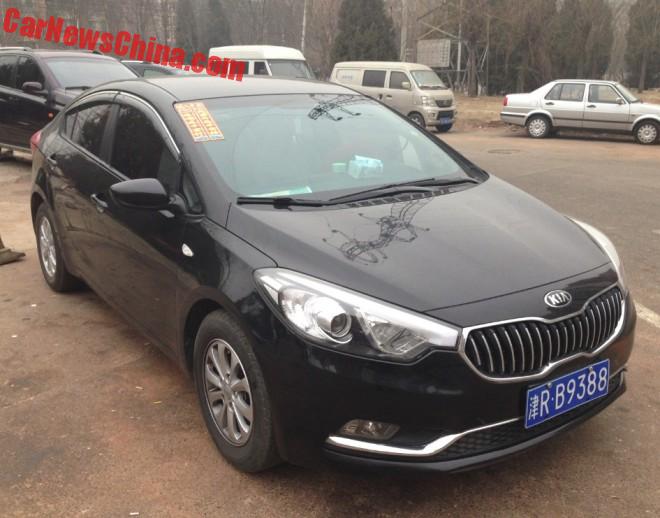 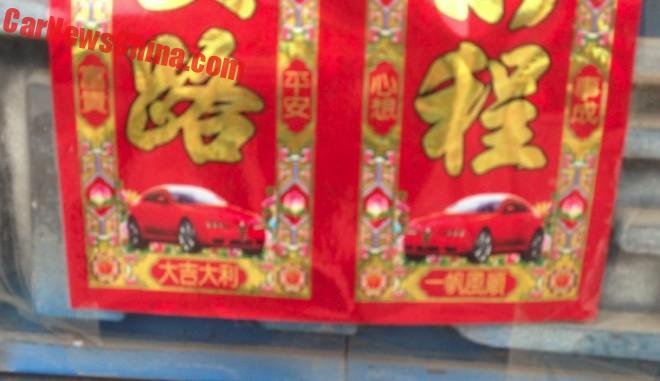 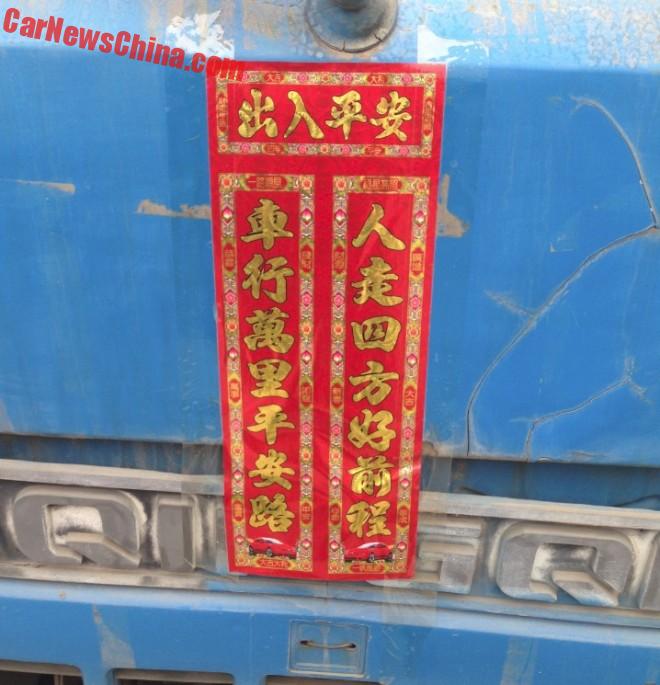 The left is about the thousand kilometer again, the right side says ‘wish you go everywhere with a good future’. 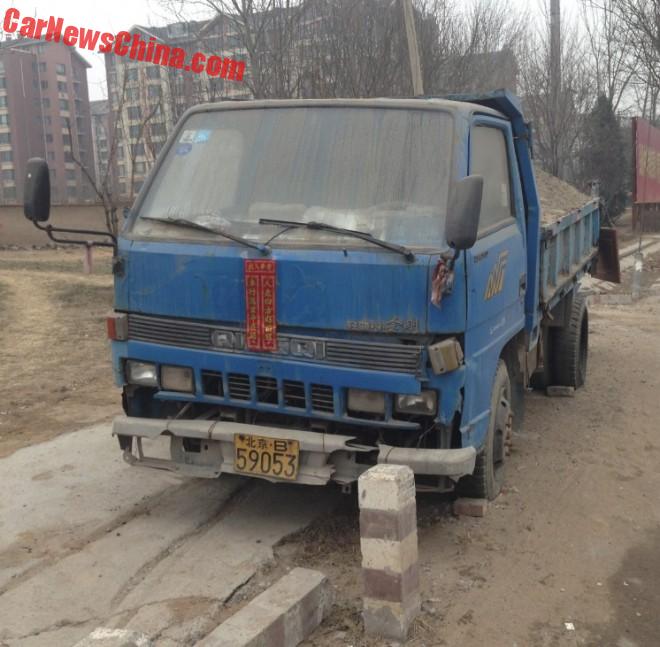 On a very old Qingqi truck. She doesn’t run anymore, she is used as a shop to sell sand. License plate is late 1990’s, almost a collectible. 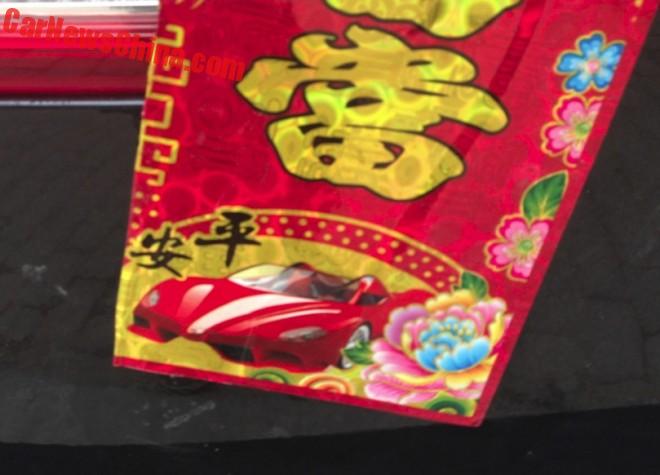 The DGF Design Ferrari Aurera Concept with a pink flower. Another computer concept car designed as an idea for the successor for the Ferrari 360. It didn’t happen. But somehow and someway a Chinese chunlian designer did found out about the obscure car and liked what he saw. The black characters write ‘peace’. 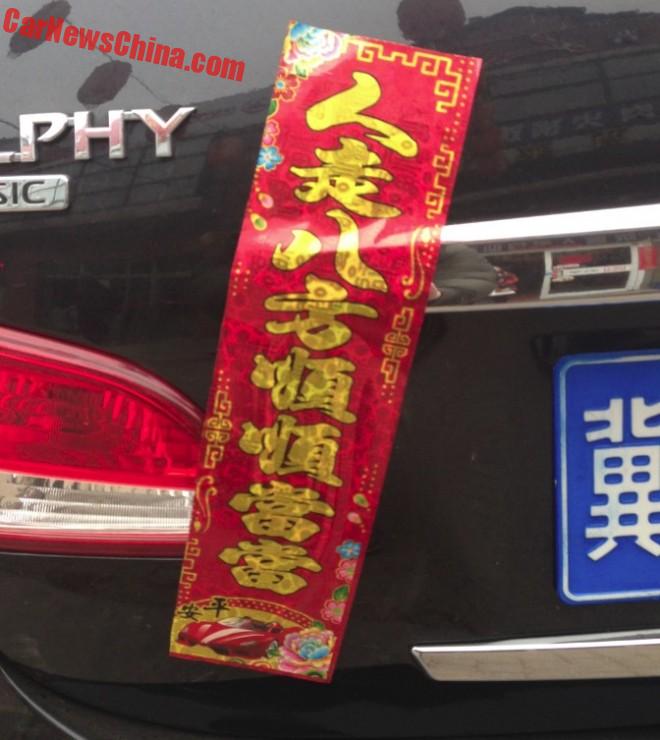 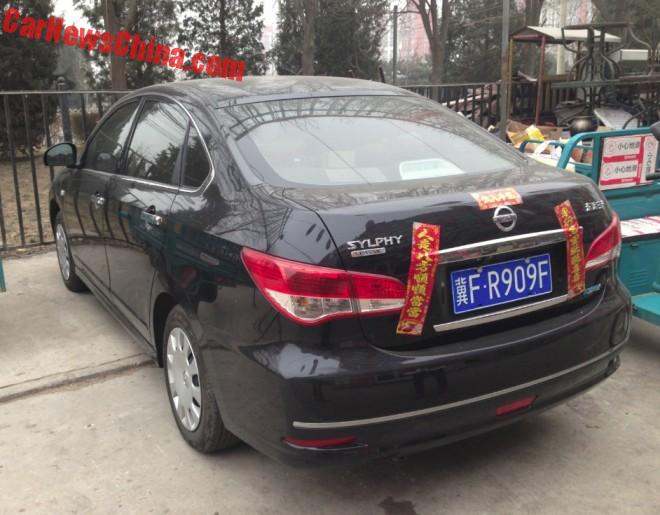 On a Dongfeng-Nissan Sylphy Classic sedan. 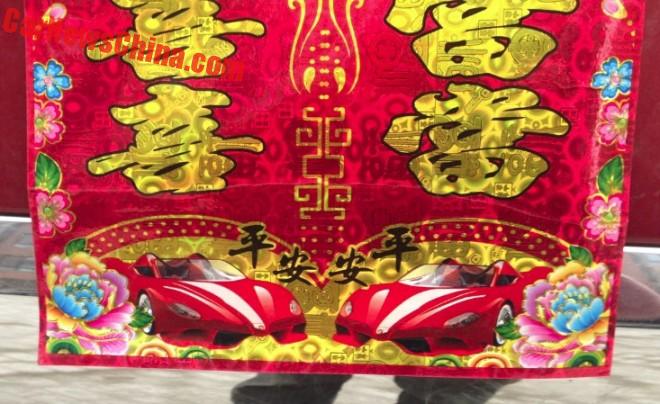 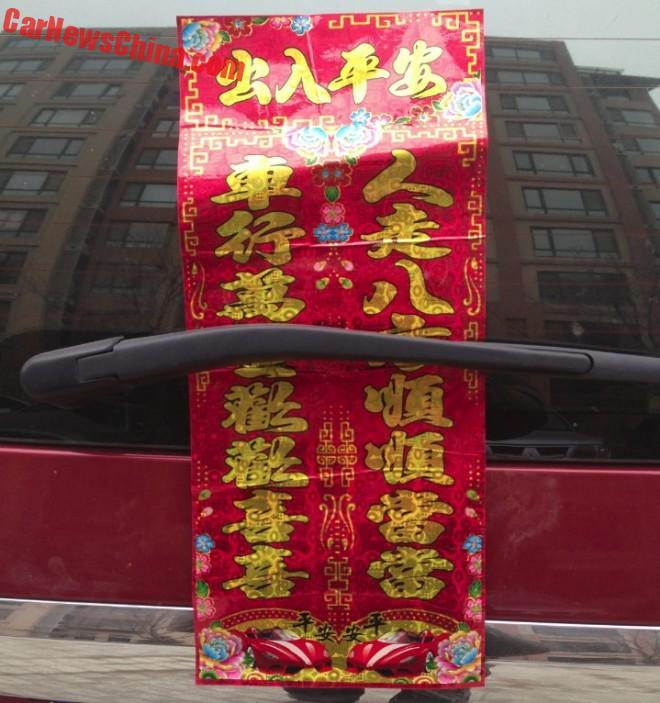 ‘Wish for a happy drive everywhere’. 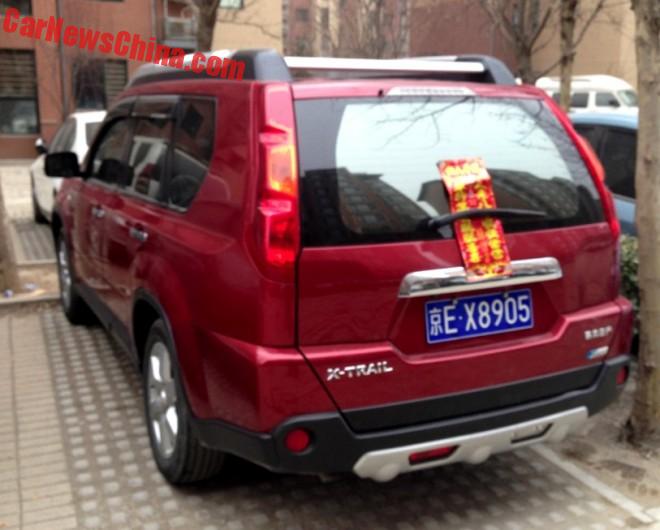 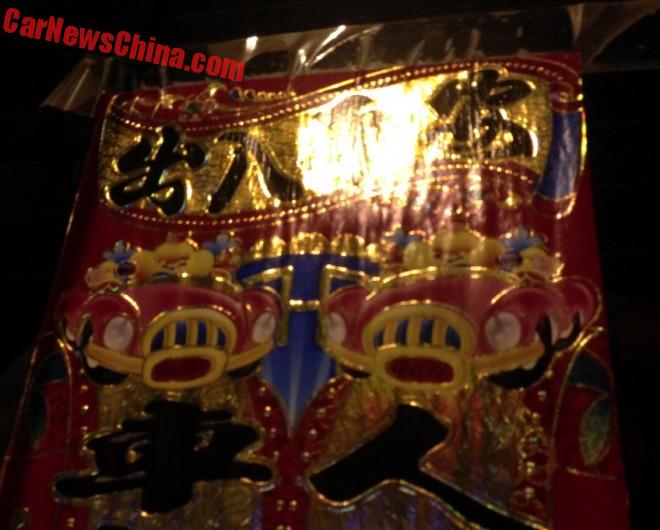 This one is a bit unusual. It has cartoon cars and they are on top of the chunlian. 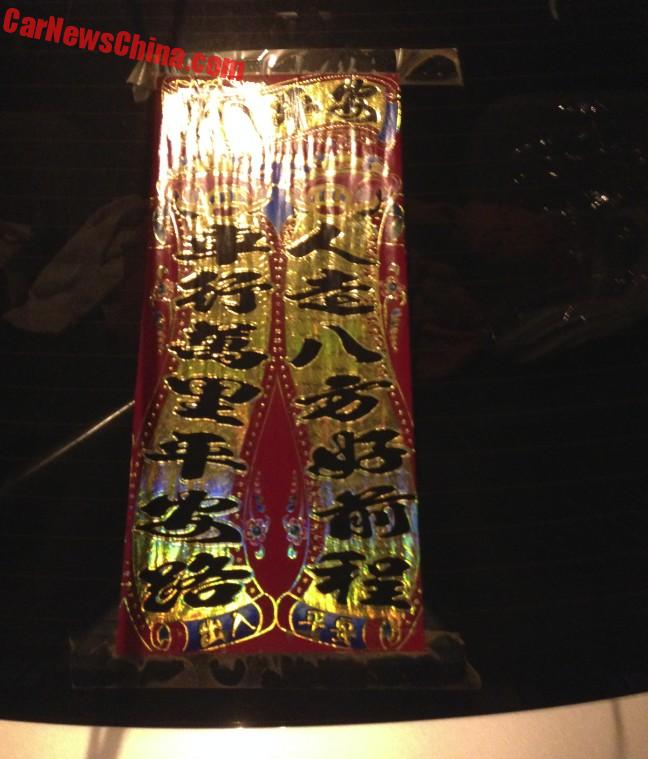 I found it late at night. On the left the thousand miles, on the right the happy drive. 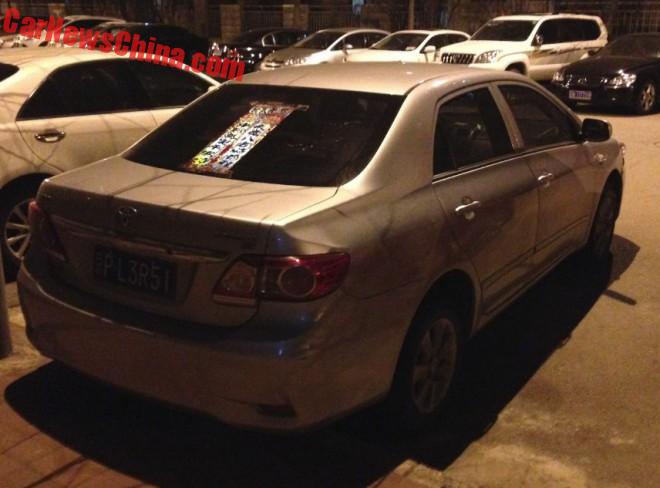 On a Toyota Corolla EX. 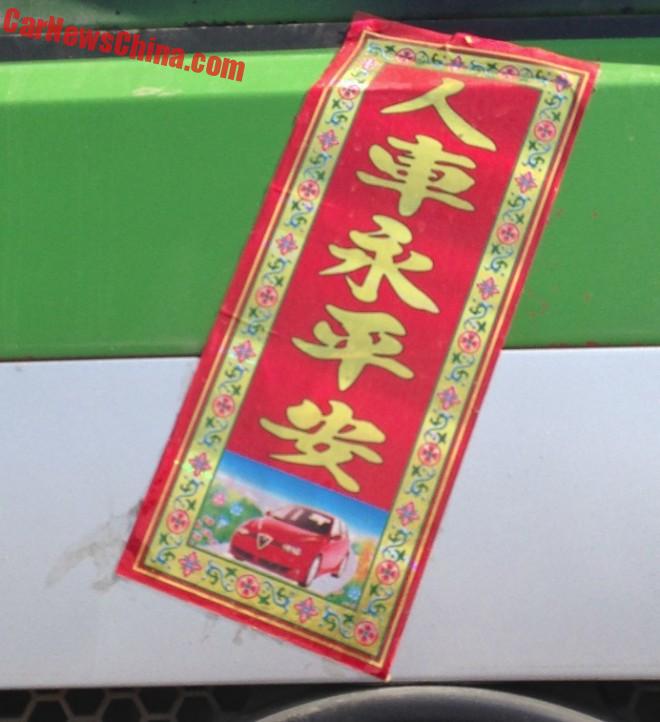 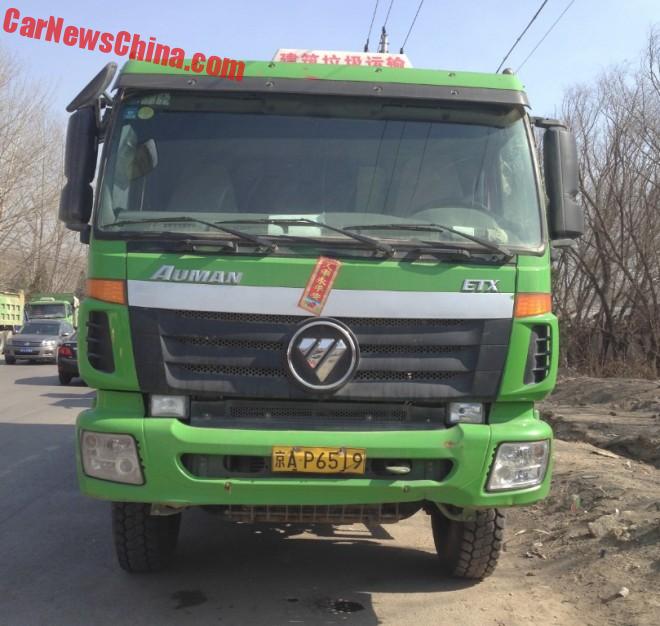 On an Auman ETX truck. 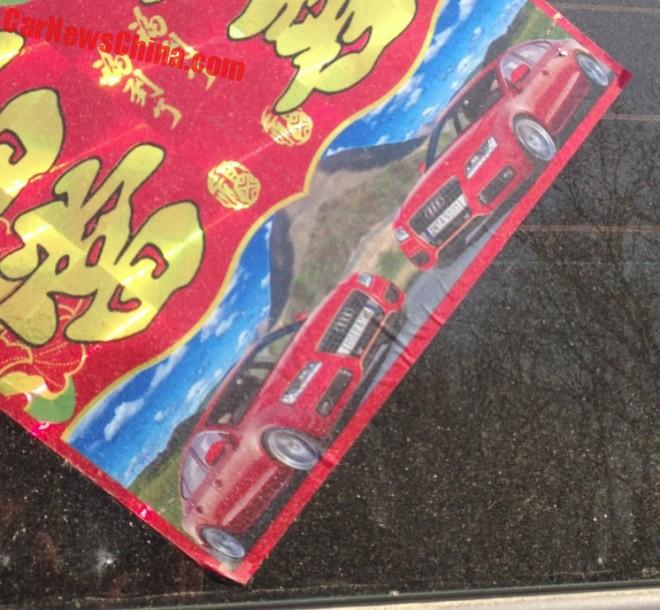 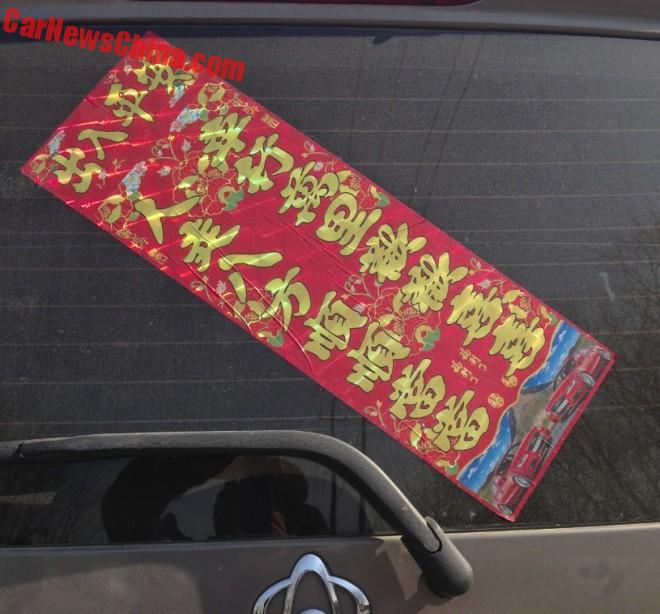 Text is same as above again. 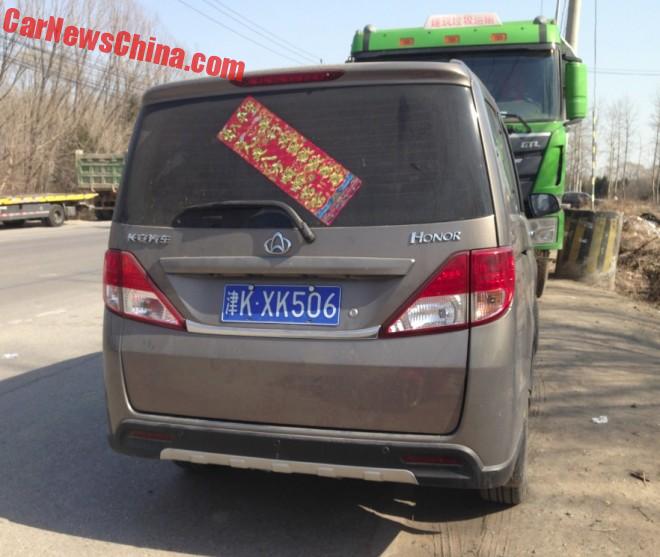 On a Changan Honor MPV. 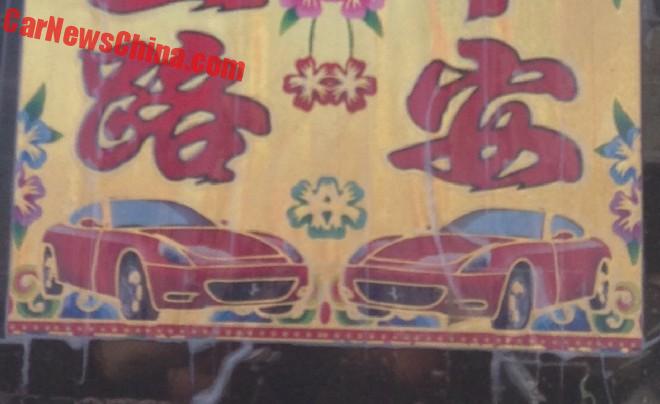 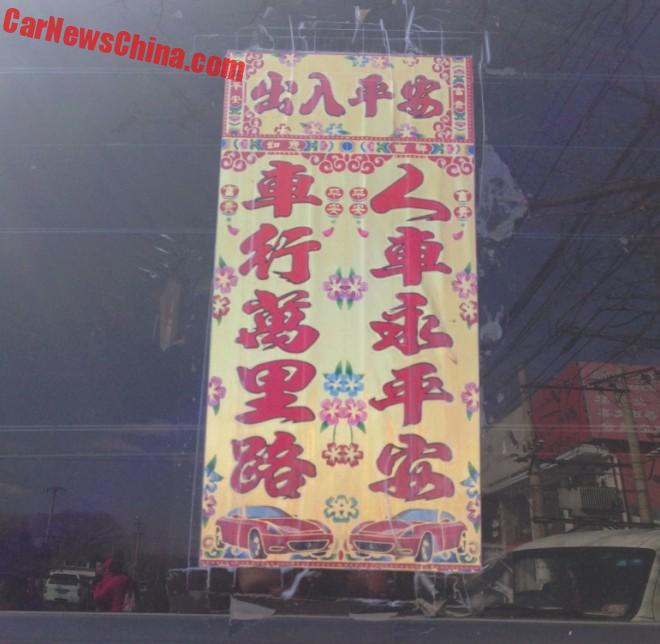 There aren’t that many variations in text. These are both the same again as above. Over the years they wishes have never really changed. That naturally would invite bad luck, instead of any good. 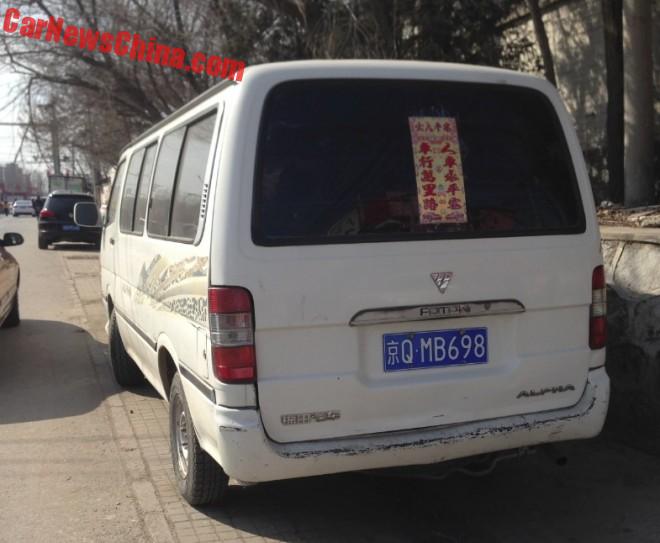 On a Foton Alpha van. 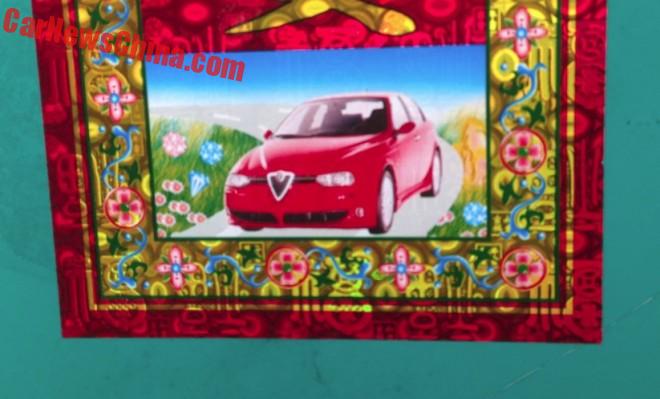 One more 156 GTA in a flowery landscape. 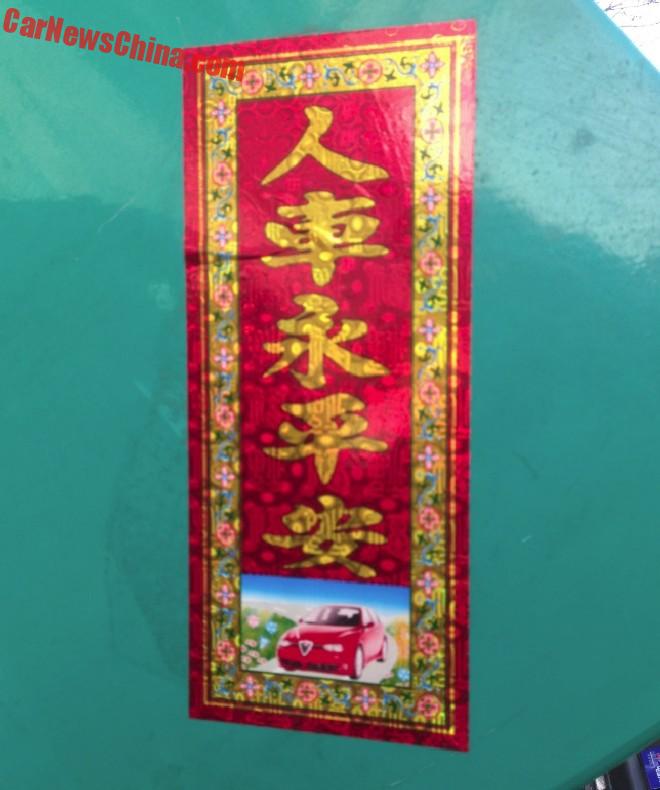 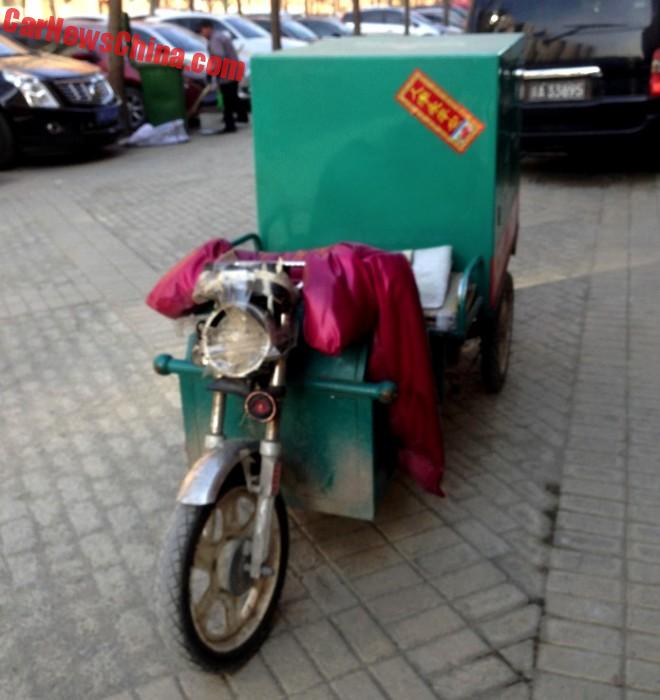 On a speedy electric delivery-tricycle. The red cover is against the winter’s cold, it is attached to the handle bar. The driver sits with his legs under and his hands inside.

Good luck to everyone…