Eye to Eye with the Zhi Dou D2 EV in China 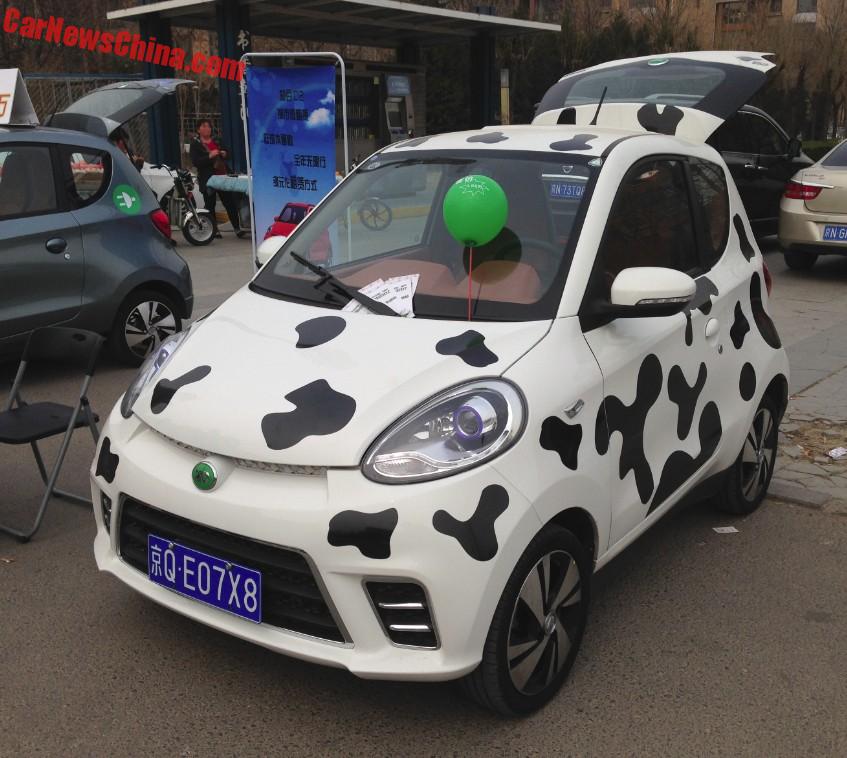 This is the Zhi Dou D2, a small two-seat electric vehicle from China, wearing a cow wrap. The D2 was launched on the Chinese car market last June for 49.800 yuan including all subsidies.

I met two examples inside my compound where they were being sold right on the street. No shop no dealer, just a table, two chairs, and three salesmen. This way of selling electric cars is becoming quite common in Beijing.

The Zhi Dou D2, also known as the ‘ZD D2’, is manufactured by a company called Zhi Dou Electric Vehicle Corporation (web). The Zhejiang Geely Holding Group, the conglomerate that also owns Geely Auto and Volvo, is the majority shareholder. The company also makes a variant of the D2 for Zotye Automotive, where it is called the Zotye E20.

The Zhi Dou D2 is classified by the Chinese government as a full-fledged electric car, not an LSEV. It has real-car license plates and is allowed to go on the highway. It is somewhat amazing that they managed to get that classification. The D2 looks and feels just like an LSEV, dressed up with a fancy interior and fitted with a bigger motor. Output is 24hp (twenty-four) and 85nm (at launch the factory claimed 82nm).

The company’s website claims a top speed of 88km/h. The salesman I spoke to claimed 100km/h. The Zotye E20 has a claimed top speed of 80km/h, which is the minimum to be allowed on highways.

The differences in power and weight are likely just the company being messy, this is not at all unusual in China, but the huge range difference between the D2 and the E20 is a bit worrying. 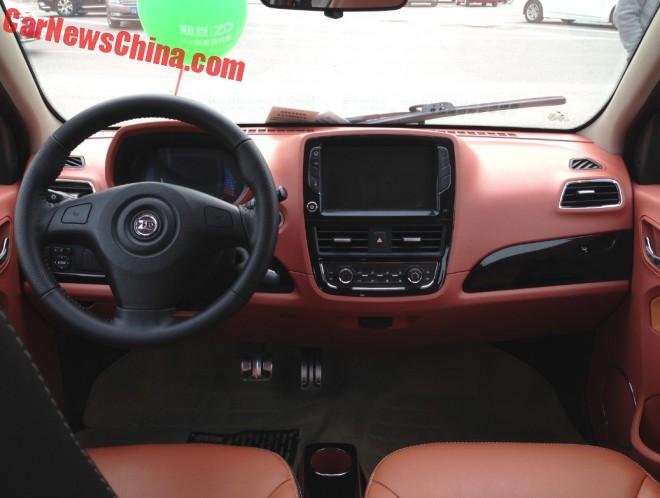 The interior is really not bad. The quality of most materials is good enough for the money, the screen is big and was nicely integrated in the dashboard. It felt solid too. Like a well-made LSEV. The only letdown is the steering wheel which looks a tad too old fashioned.

The drive selector is located on a stalk on the lower-left side of the steering wheel.

The infotainment system can be controlled by touch or voice. It has USB and Bluetooth connectivity. It has a permanent 3G internet connection and an in-build WiFi hot spot for up to two devices. It also has GPS. 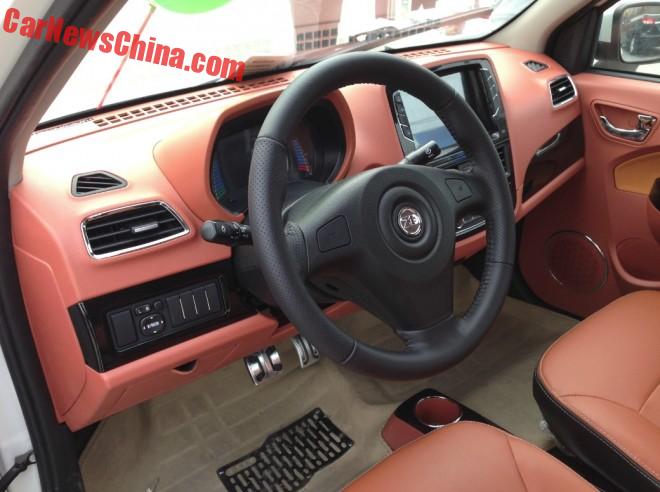 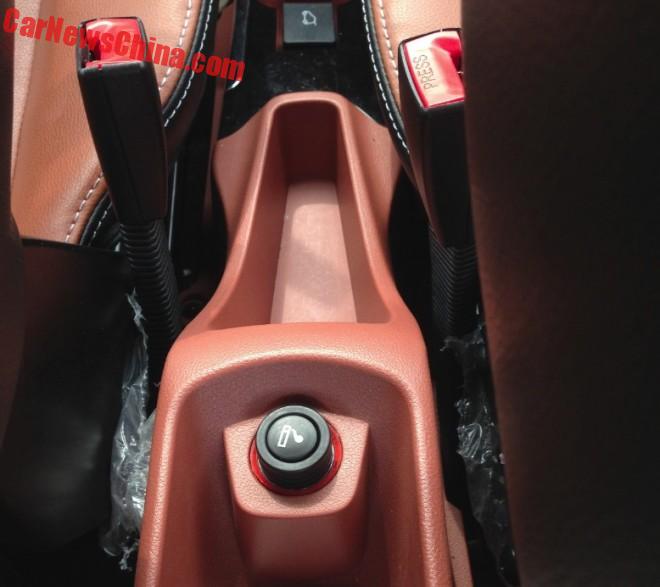 A proper cigarette lighter, but you got to bend your back backwards to get there. 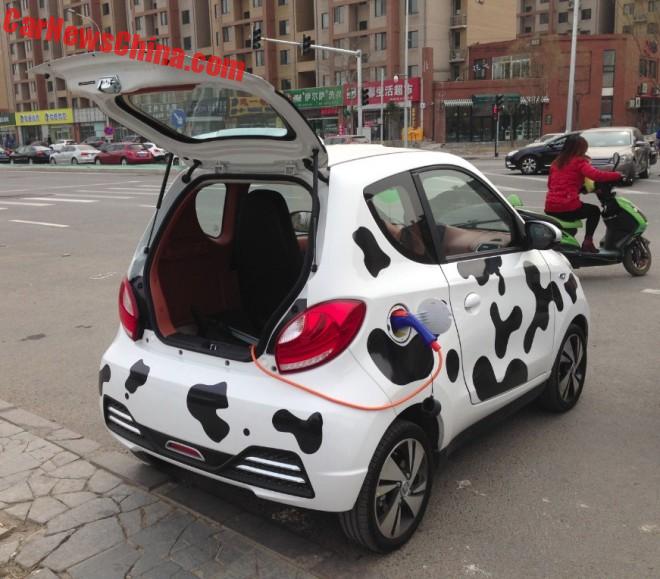 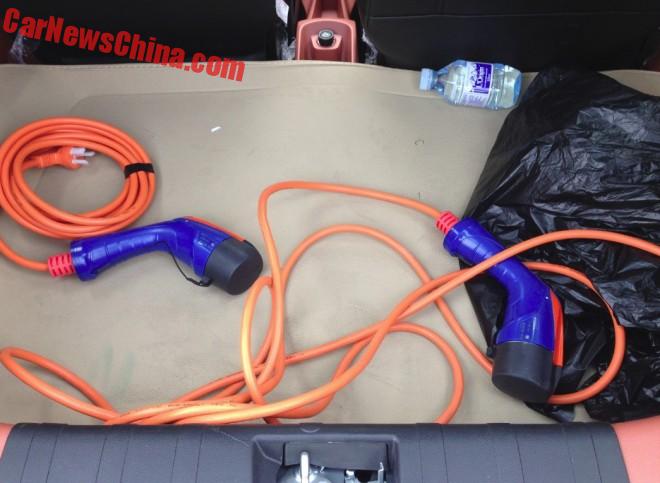 Cords for charging in 220V. 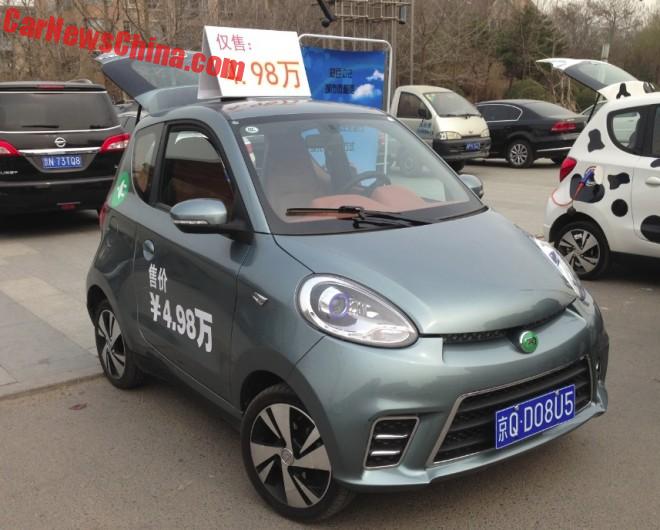 A gray green example. I guess I would take it to the highway, but only on highways I know, and when I don’t have to go far. The Zhi Dao D2 is just not a real car, no matter the classification. But because it is electric it is very easy to get a license plate, which is normally very hard in Beijing.

The other problems go for all electric cars in China: there are not enough public chargers, home-chargers are hard to install in high rise apartments where most people live, and price is still far too high. A base Chery QQ which seats four and has 69hp costs only 38.000 yuan.