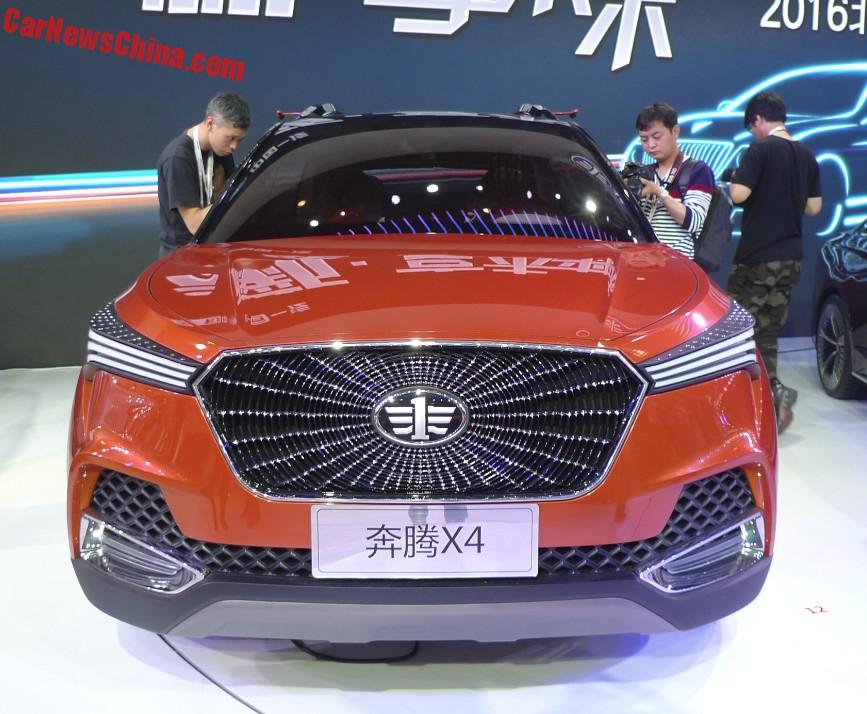 The FAW Besturn X4 SUV concept was unveiled in the Beijing Auto Show, showing off a completely crazy grille, LED-stripped lights, and a bright orange paint job. The Besturn X4 previews a new compact SUV that will be launched on the Chinese car market in the second half of 2017.

Shaped like a spider web with the ‘winged 1’ FAW logo in the middle. 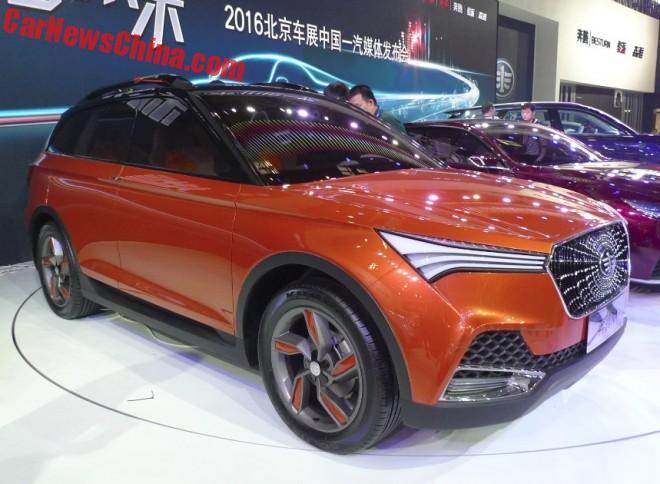 FAW has announced that the wheelbase of the production car will be 2600 millimeter. Power will come from a 1.4 liter turbocharged petrol engine. Price will start around 100.000 and end around 125.000 yuan. 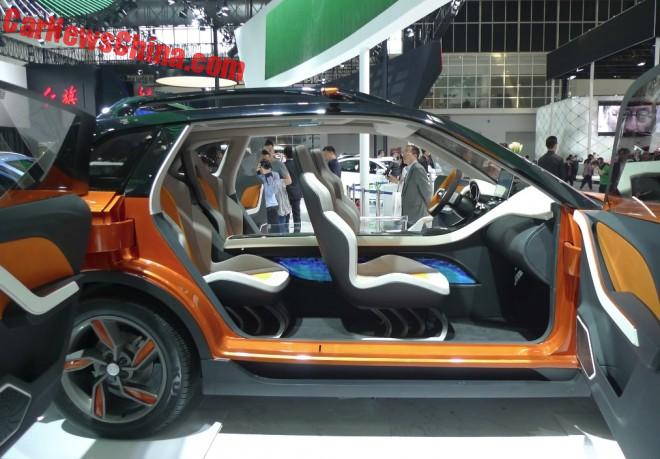 The interior looked great with two individual seats in the back, and a high and wide center tunnel with an interesting blue decoration on the sides. 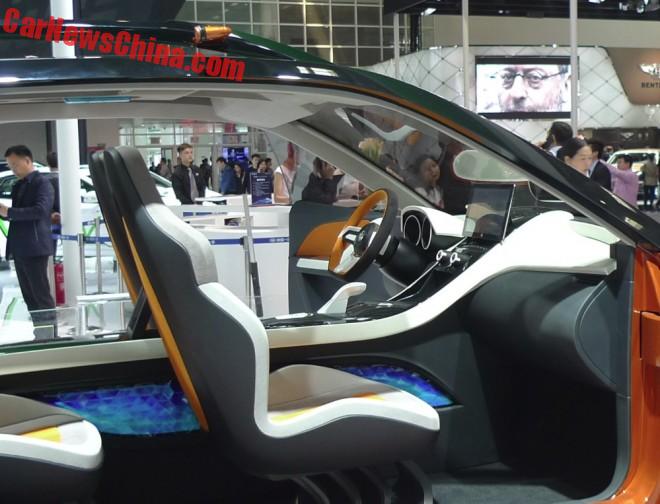 Seats in white and orange, wheel in orange with a bit of white. 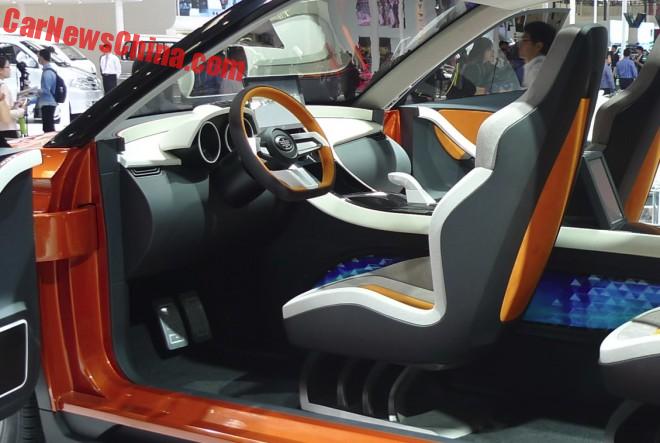 Conventional dials with a large standing touch screen on top of the center stack. 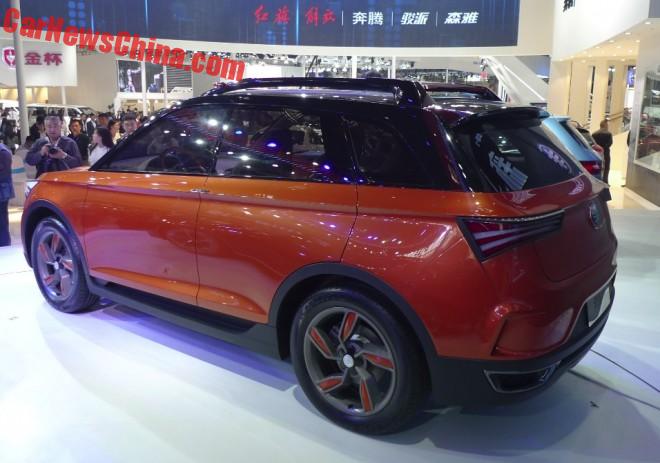 Roof rails are huge and very usable. Sporty wheels with orange spokes. Pipe tips in the far sides of the bumper. 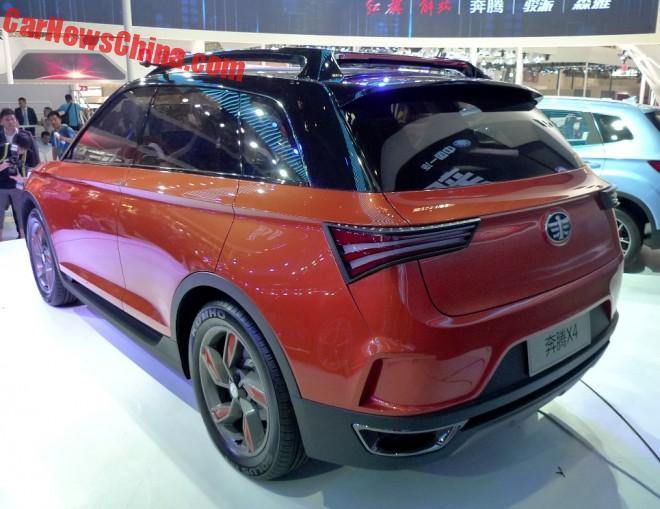 Large FAW logo again. Crease over the side from light to light looks great.