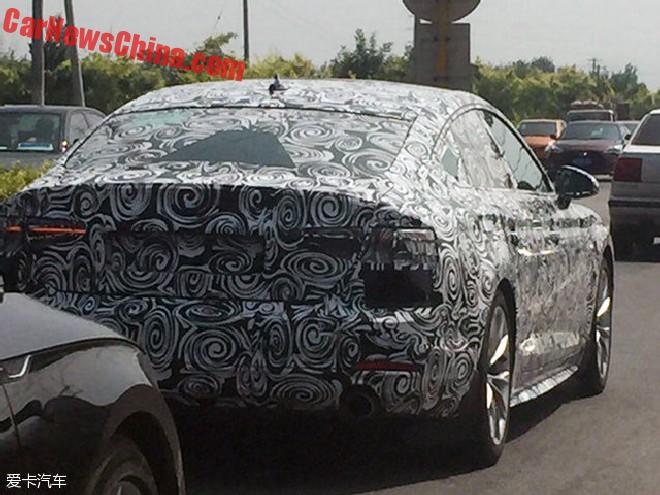 Spectacular Spy Shots showing the all new 2017 Audi A5 Sportback testing in China. The new Sportback will be launched in the fall and hit the market early next year. The car is heavily camouflaged but we can see a new design for the hatch and the rear deck, for the lights, and for the bumper.

The A5 Sportback was accompanied by two brand new Audi A5 Coupe’s. The car closest to the camera appears to be an S5. The new A5 Coupe was unveiled in Germany in June but hasn’t been launched on the Chinese market yet. 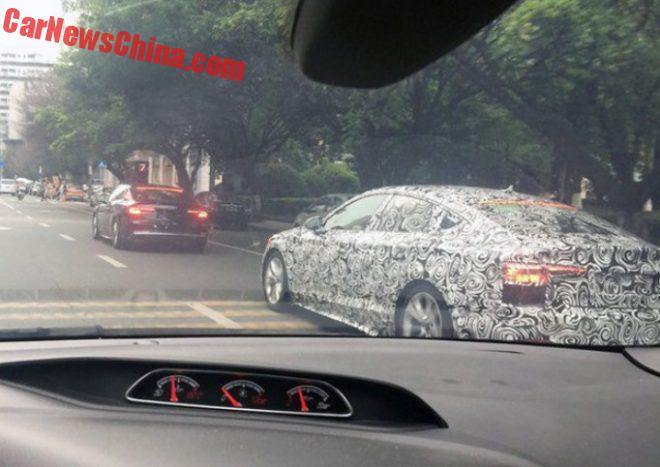 The A5 Sportback seen elsewhere. Power will come from the same engines as the A5 Coupe, including a 2.0 252hp TFSI and 2.0 and 3.0 diesel engines.