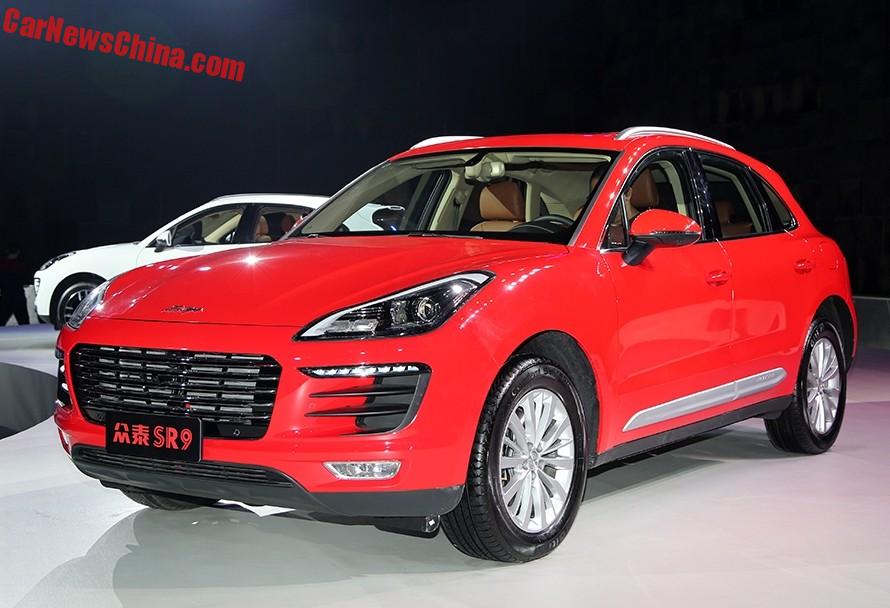 The Zotye SR9 Porsche Macan clone has been officially launched in China, pricing will be announced tomorrow and deliveries will start next month. The Zotye SR9, formerly known as the Zotye SR8, is a near perfect ripoff, only details such as he grille and lights differ from the Macan. See a detailed comparison here.

Engines: initially only one; a 190hp/250Nm 2.0 turbo. Next year a 150hp 1.5 turbo will join the lineup. The engines are sourced from the Shenyang-Mitsubishi engine-making joint venture, a company that powers basically all vehicles made by smaller Chinese automakers, including the infamous Landwind X7 Range Rover Evoque clone. Two clones, same engine. Transmissions for the SR9: five-speed manual or a six-speed DCT. 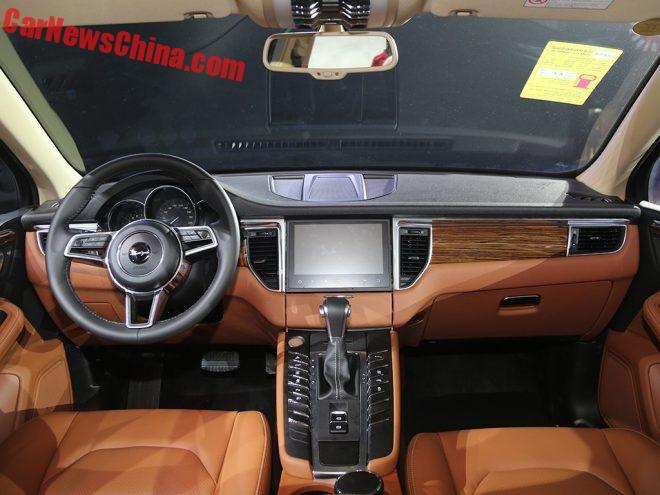 Zotye clones the Macan’s dashboard too. Check steering wheel, instrument panel, top layer, air vents, center tunnel, and the panel around the rear-view mirror. This photo is from a low-spec car with the analogue instrument panel and without clock. 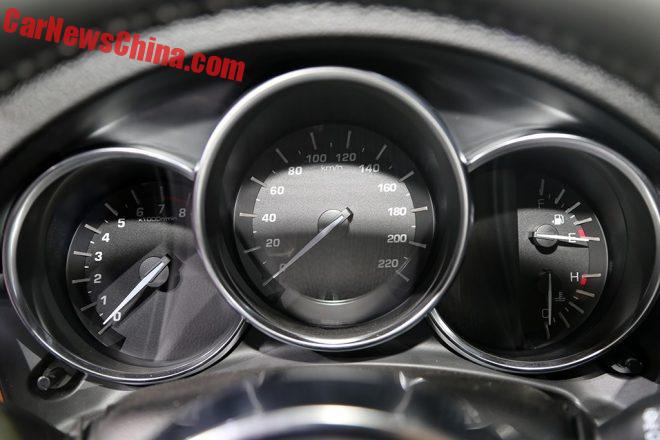 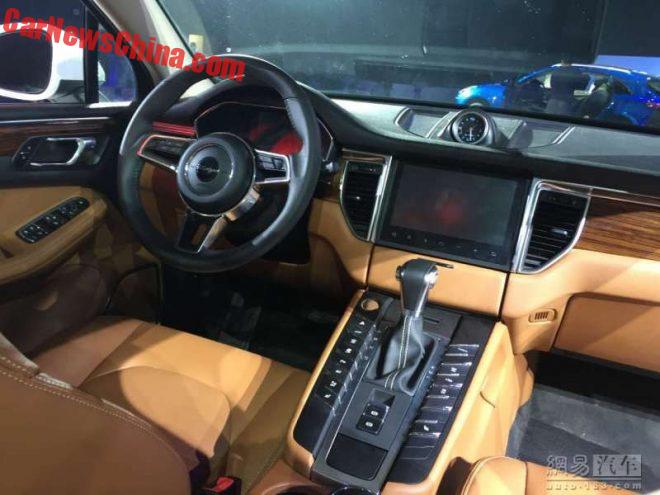 This is the high-spec version with a fully digital instrument panel and a clock on dash top, that is copied from Porsche as well, although in the Macan it is a chronometer. 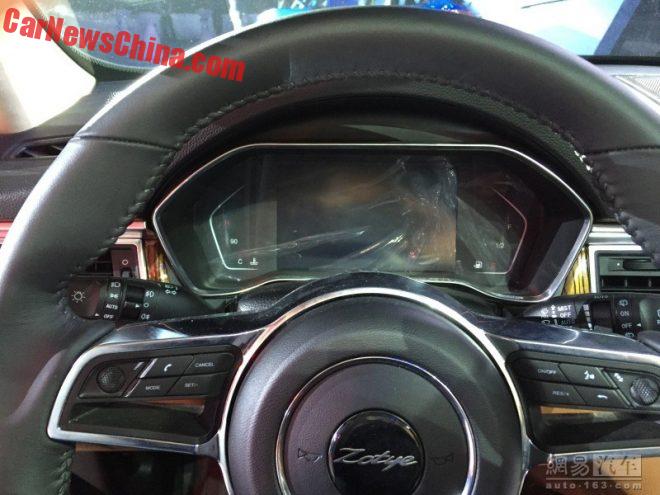 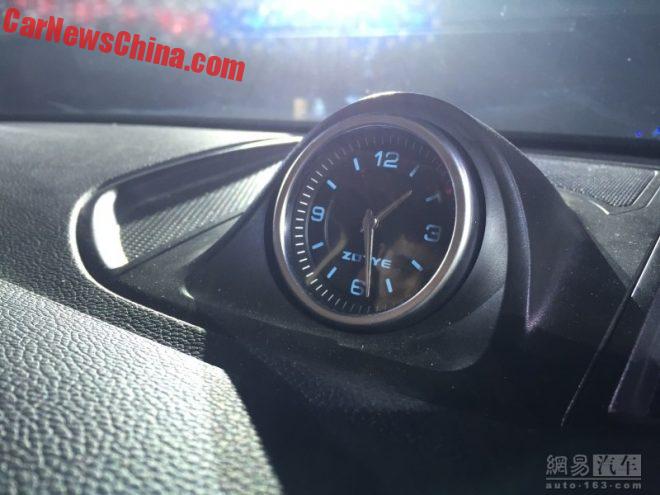 The clock with blue numbers. 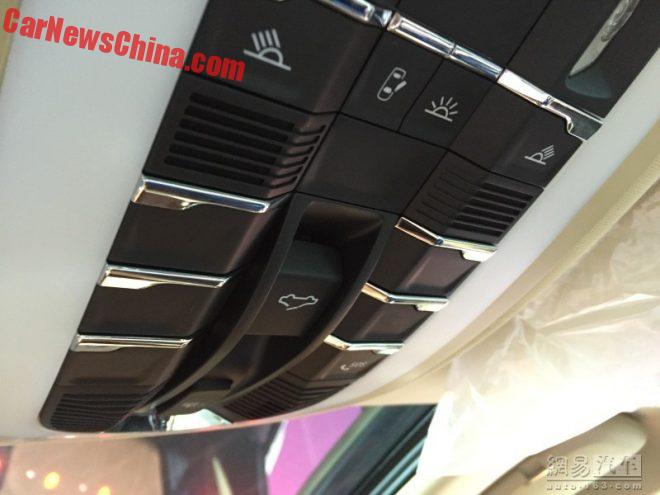 The panel in the ceiling. Lot of buttons don’t seem to have a function. That looks poor. 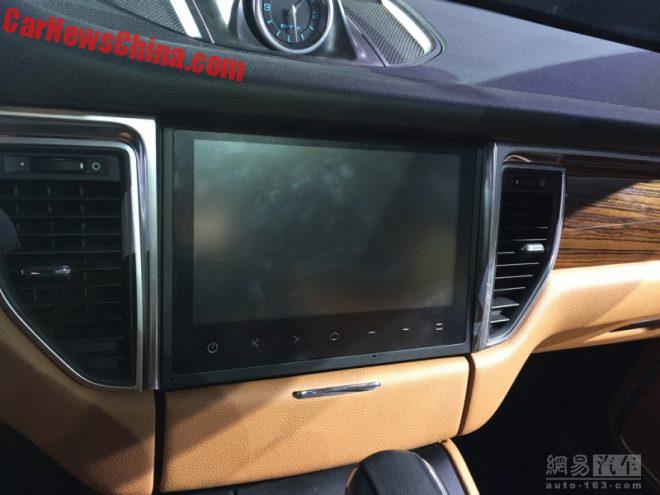 The screen holds functionalities such as GPS and infotainment, but also the aircon controls. 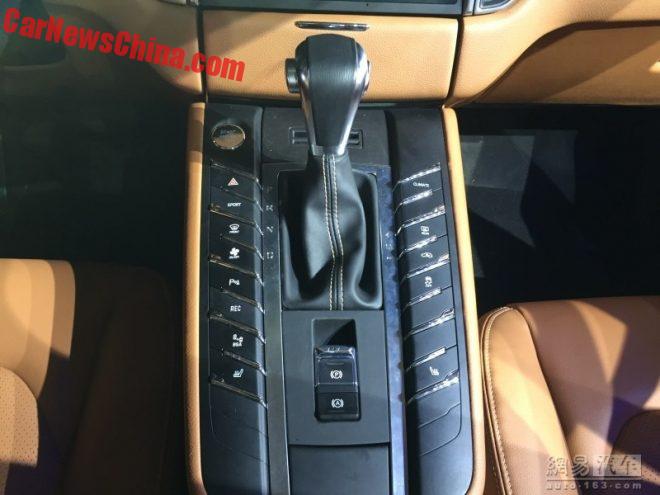 The six-speed DCT, and again a few useless buttons. Electronic parking brake in the middle. 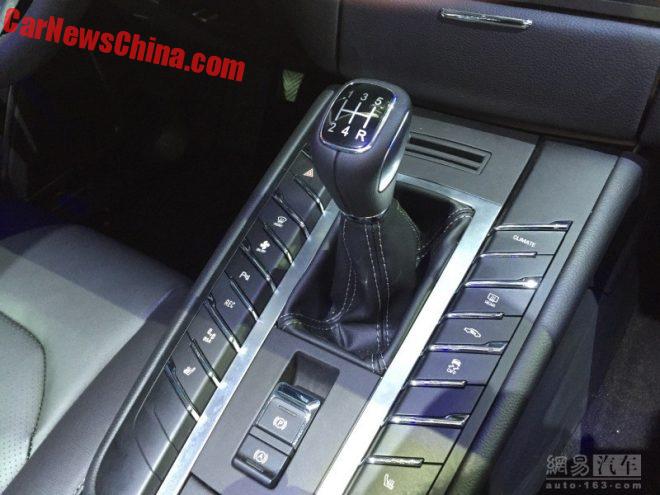 The five-speed manual. Buttons to adjust the seats, to switch ESP off, to heat the windows, and a button called ‘climate’. 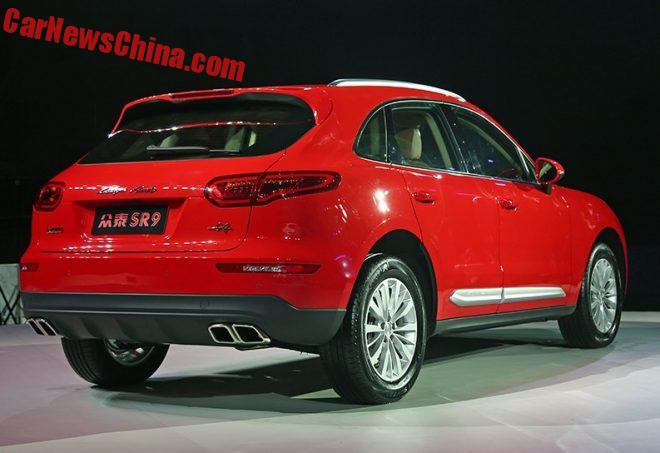 Not a bad looker in red, and that of course is because the Macan looks good in red. Lights are a tad too large for late 2016. Pipe tips look flimsy. 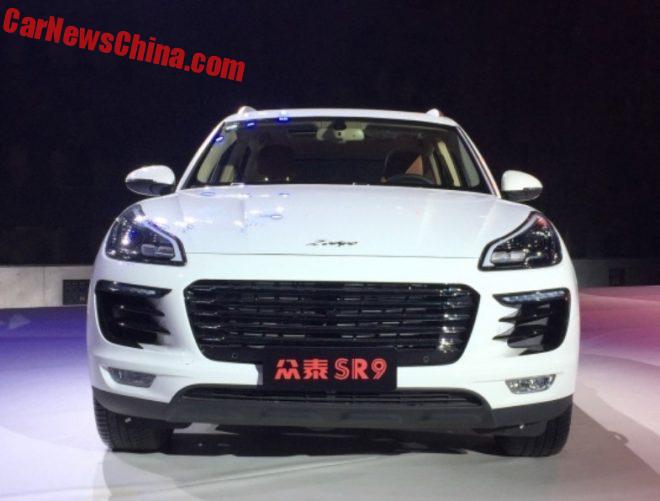 Handwritten Zotye logo on the bonnet. The Z logo is now completely gone. 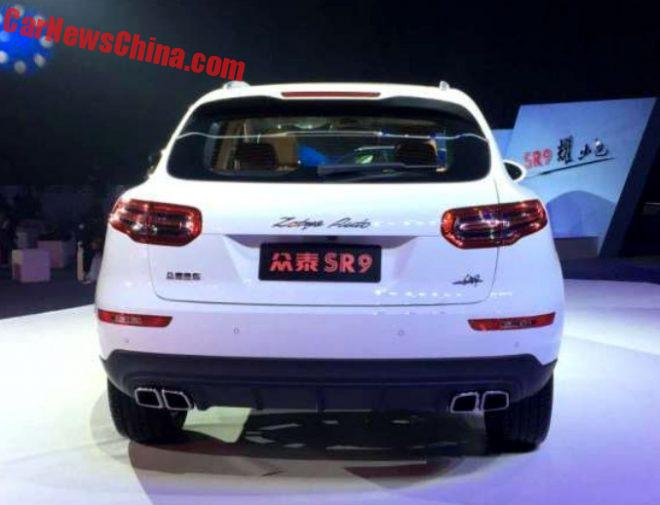 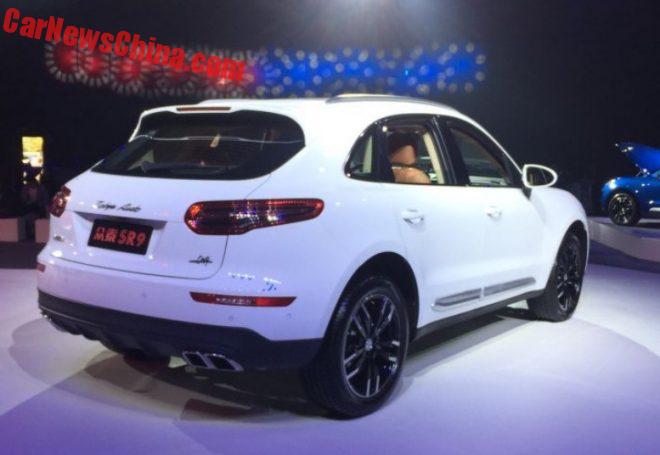 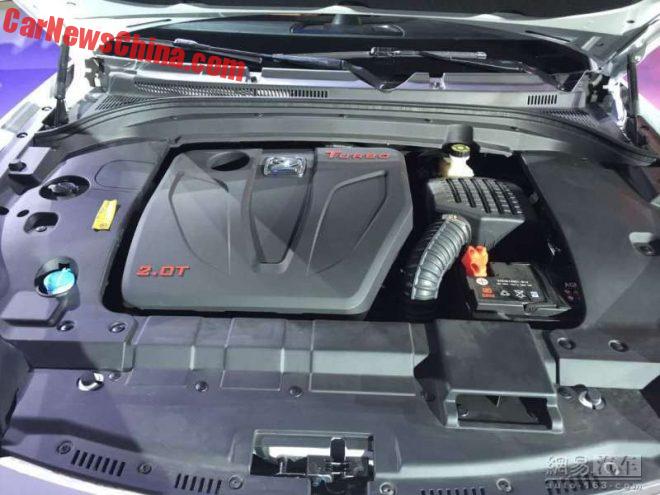 The Mitsubishi 2.0 turbo, neatly covered up. 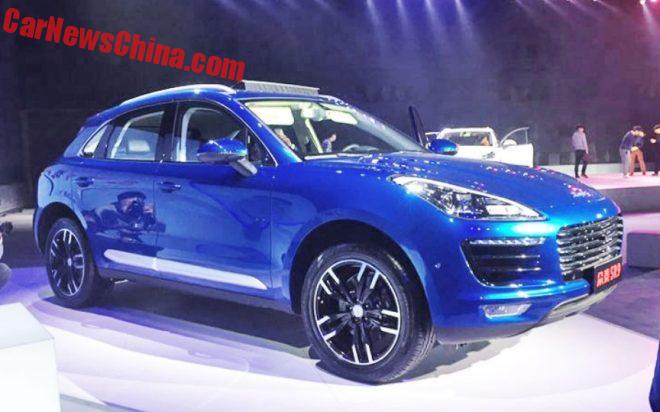 Wheels are not uncool, shiny on the out and black in the center. 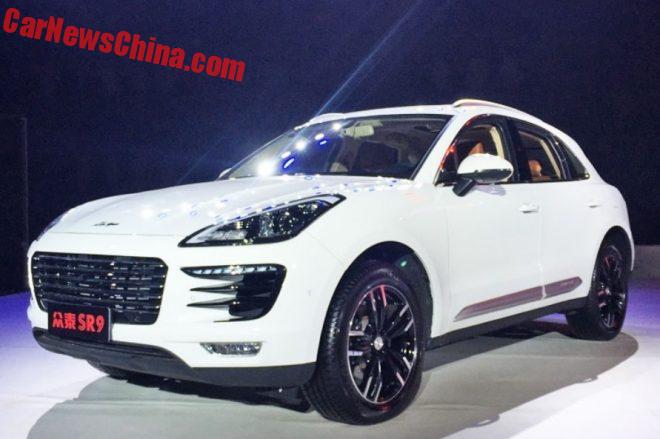 Not a Macan, this is the new Zotye SR9 from China. What’s next..?