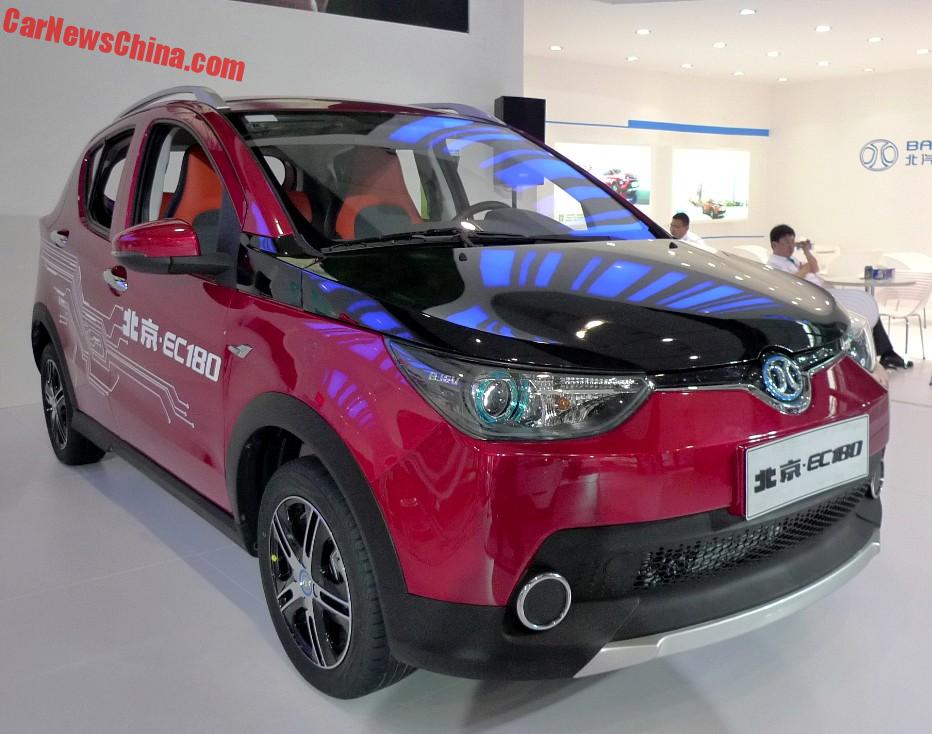 This is the new Beijing Auto EC180, it debuted on the 2016 Guangzhou Auto Show in China, sporting a trendy black bonnet and blue headlights lenses. The EC180 is a compact electric car, it will be launched on the Chinese auto market in the first quarter of 2017.

It is really a small hatch but they have smartly styled it as a crossy car, with black wheel arches and usable roof rails. The EC180 has a range of 180 kilometers. It is powered by a 41hp electric motor. Charging will take six hours on 220V, which is not that bad. Top speed will be 100 kilometers per hour.

The EC180 will be manufactured by BAIC BJEV, a subsidiary of the Beijing Auto Industry Corporation (BAIC). BAIC only owns 60% of he company. The other 40% of the shares are divided among other shareholders, including LeEco, the creator of the LeSEE electric super sedan. 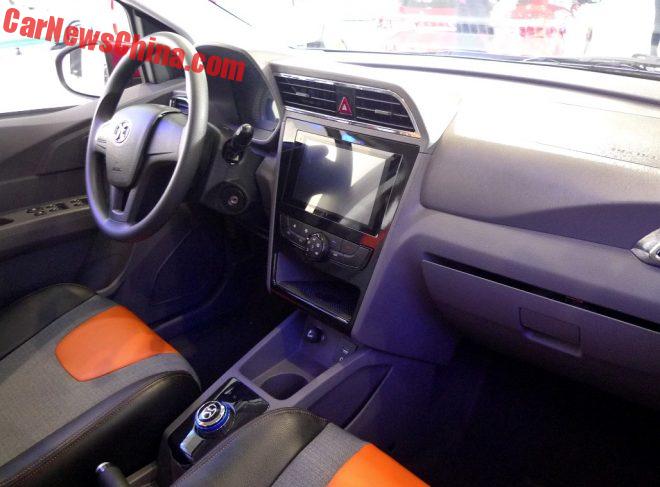 The interior was just nice. The plastics looked a tad too cheap but it has orange leather pads on the seats, a trendy blue drive selector between said seats. a touch screen, and a partly digital instrument panel. It also has a clearly marked cigarette lighter, sitting just in front of the single cup holder. 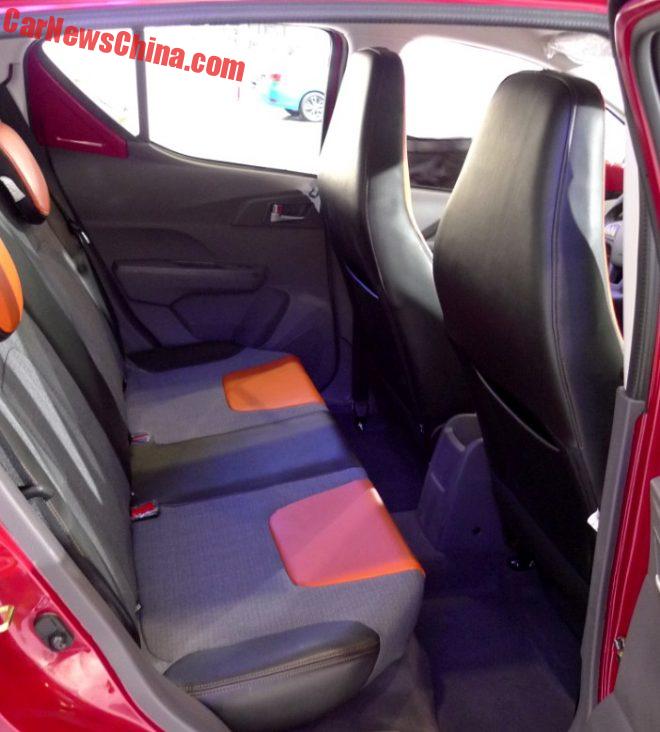 Enough space in the rear for two and a baby. The doors need a bit more decoration. They look too plastic and too simple. 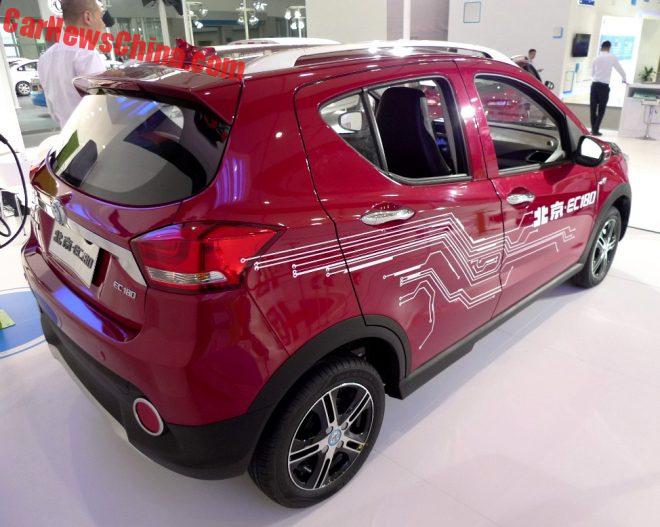 Rear lights of the right size. Decals are dizzying cool. Round fog light on the bumper with a shiny ring around it. BJEV will launch a whole series of compact EVs between now and 2020. The platform that underpins the EC180 will also underpin the trendy-and-thus-more-expensive ArcFox-1. 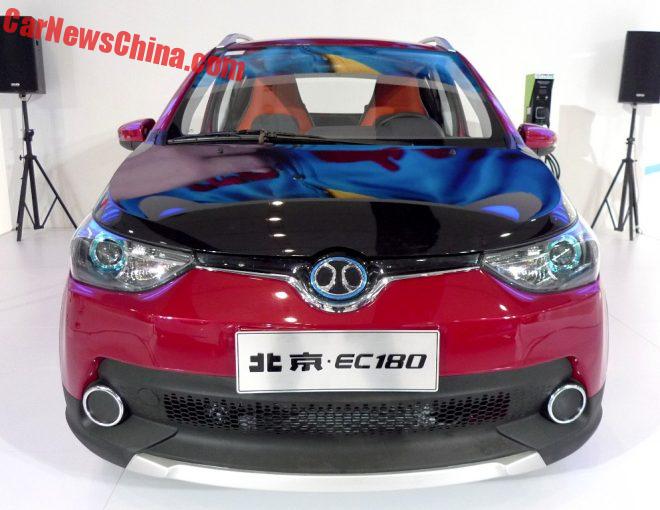