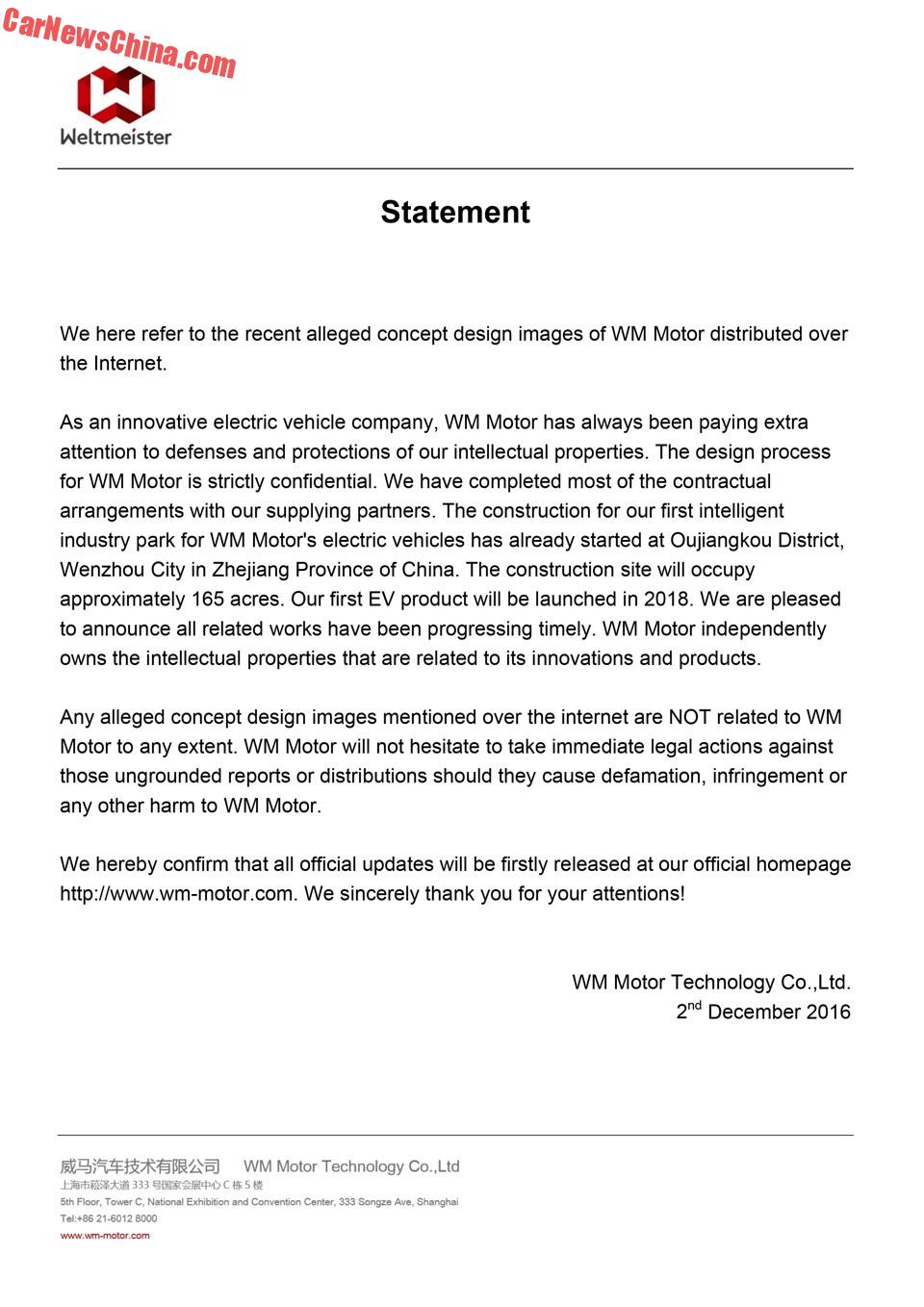 WM Motor has denied the photoshopped images of a lineup of electric cars are theirs. The company has issued an official statement saying: “Any alleged concept design images mentioned over the internet are NOT related to WM Motor to any extend.”

If they say the images aren’t theirs we got to take their word for it. Right? Let’s have a look with a handy timeline:

The images first appear on Chinese car news and economic news websites. The images are said to be official. They are accompanied by a bio of founder Freeman Chen, a company introduction, and a short description of each vehicle. Some articles also have quotes by Mr. Chen.

EV website Elektrek finds out the images of the SUV, one of the cars in the lineup, are photoshopped, based on photos of the Mitsubishi Outlander PHEV.

WM Motor issues the denial saying the images aren’t theirs.

What did we learn?

The images were everywhere on the Chinese interwebs from November 24. It looked very much like the typical orchestrated automotive PR campaign, with the introductions, the quotes, and the photos.

Let’s for a second assume it was not a PR campaign, and that it was all made up by one evil genius at one evil website looking for hits. That is possible.

But it is hard to imagine that WM Motor missed out on all that. They are in China. They would have seen the articles, the photos, the quotes. They would have issued an immediate denial. But they didn’t. They only issued the denial after the Elektrek story on December 1, a full week later.

We have since learned via comments and mail that it is very common for car designers to use existing images to create a new image to convey an idea, especially when time is short. It is however extremely uncommon that these pictures are being used for P.R., and that is what appears to have happened here.  Just a lack of experience of a new startup? Most likely, most likely…

But like I said before; if WM Motor says the images aren’t theirs we got take their word for it. In any way, we thought the cars looked pretty good. Let’s hope their eventual production cars look somewhat similar. In the meantime we will continue to follow new developments.