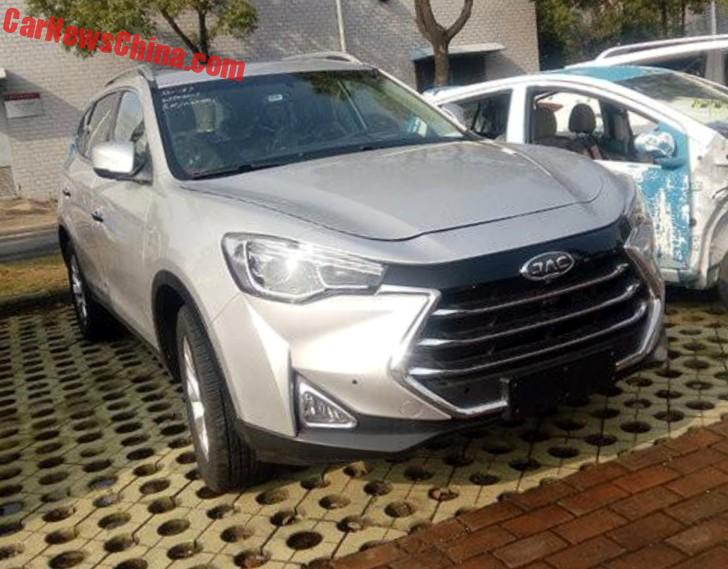 New Spy Shots of the JAC Refine S7 SUV for China, with a black band topping the giant shiny grille. The Refine S7 is the largest SUV so far for the JAC brand. It will have its public debut on the Shanghai Auto Show in April and launch on the Chinese car market soon after that. 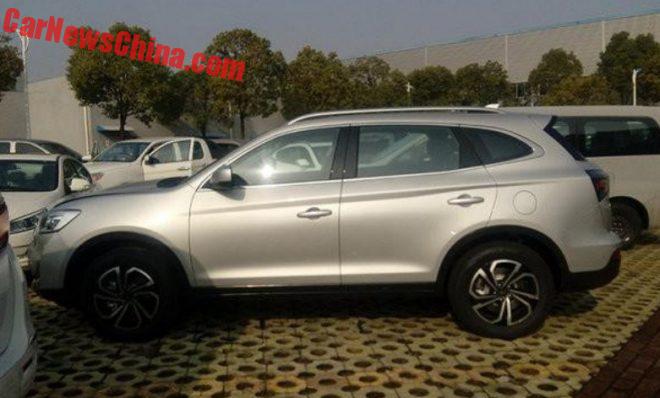 Side profile is nice with a broad shoulder supporting the D-pillar. Alloys look very racy. 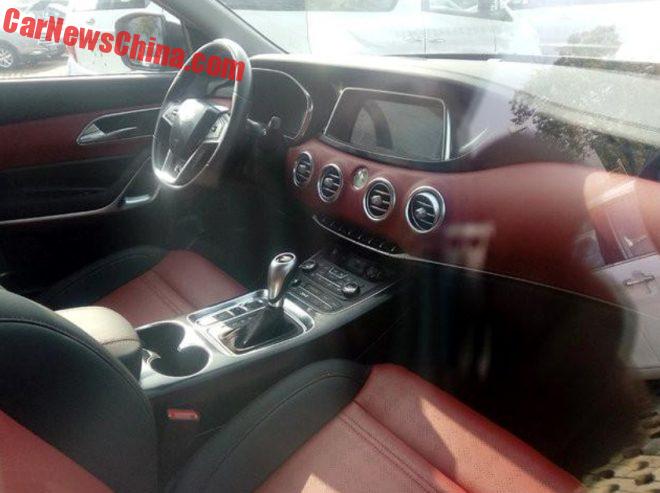 Best JAC interior so far, by far. Four big round air vents with a clock in the middle, topped by a large touch screen. Seats in red over black. Center tunnel with a lot of buttons and switches, and a very happy shiny gear knob. 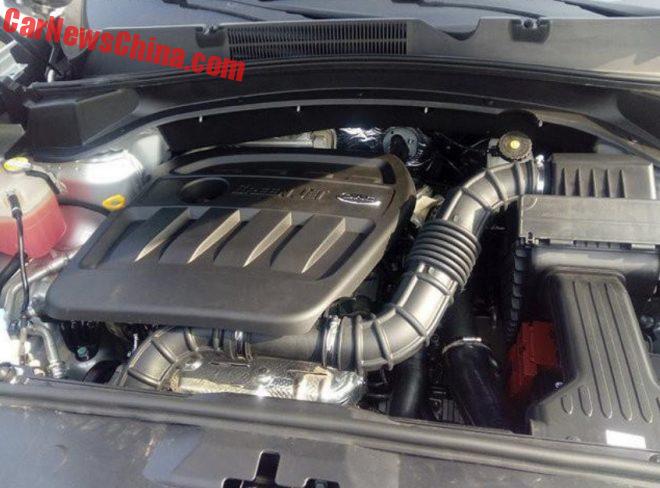 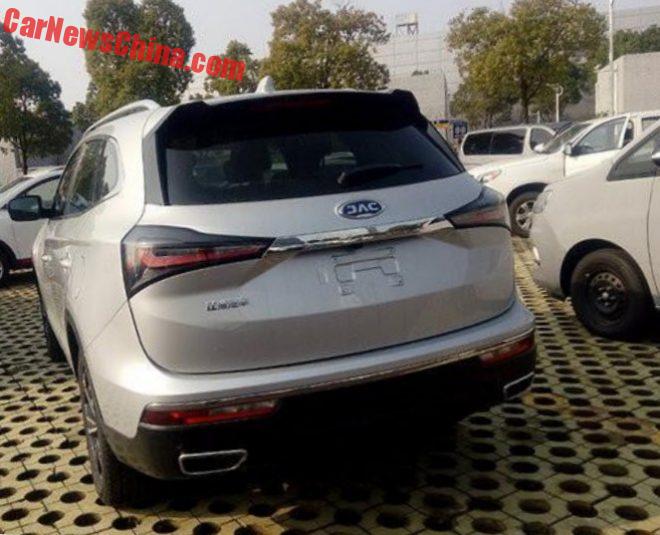 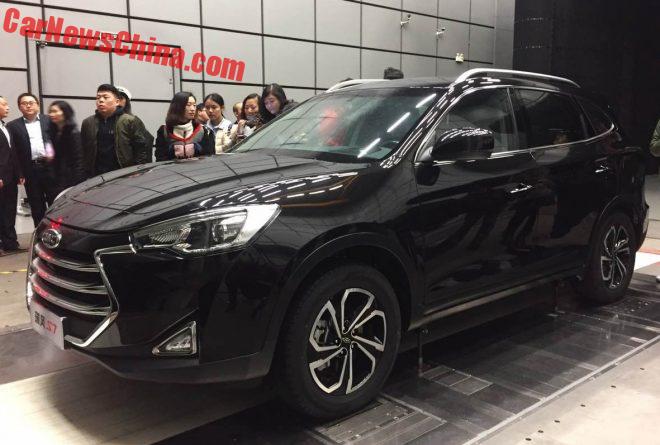 Update! Two more shots. Black car seen here in a wind tunnel. We learned it has a CD of 0.346, which is very neat for such a big SUV. That grille is apparently smoother than it seems… 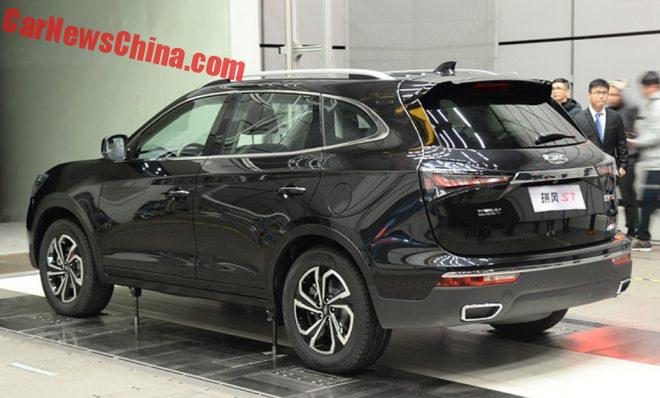