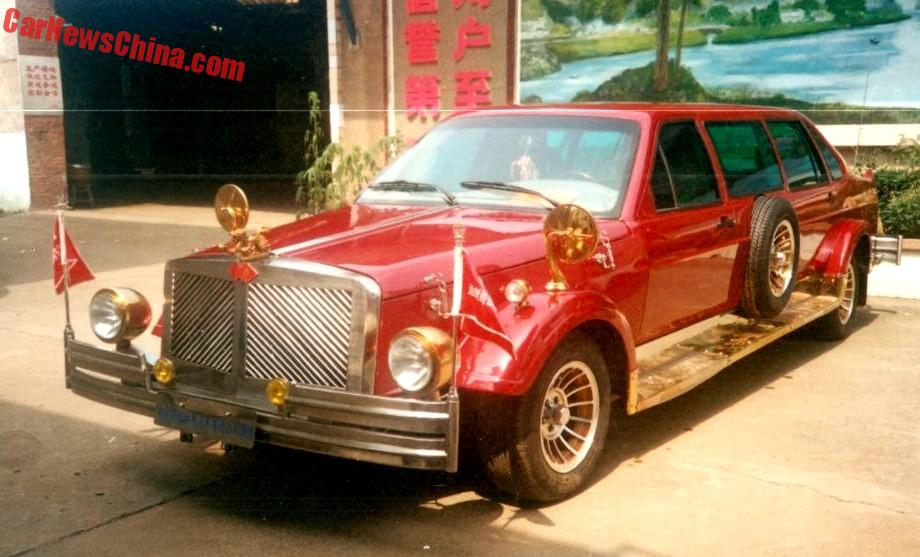 Two long years ago I met two Jianhua JH6620 24V3000’s in Beijing, and today we have received a flock of period photos of the things. The Jianhua was an absurdly crazy so-called ‘classic wedding car‘, featuring an endless bonnet, a huge grille and shiny bumpers, gold mirrors the size of a plate, and spare wheels fitted into the sides! 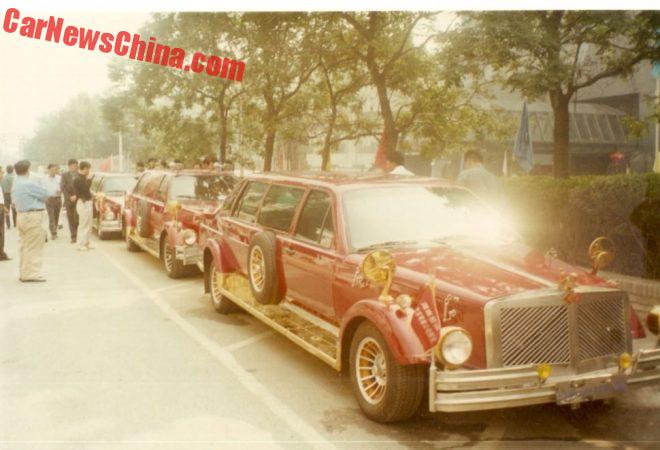 The Jianhua JH6620 24V3000 was manufactured by a company called Hunan Wangcheng Gudian Qiche. The company was based in the Wangcheng District (wiki) of the great city of Changsha in Hunan Province. Gudian Qiche means ‘classic car’. Production started in the late 1995 and ended officially in 2008, but by that time production was basically nil.

Back in the 1990’s there weren’t many fancy cars in China but there was, as always, a great need to impress the guests and family on wedding parties. The happy couple could then hire a so called ‘classic wedding car’, a China-made automobile that was supposed to look like a vintage Western limousine.  Some 20 small Chinese companies manufactured these classic wedding cars, with Jinma from Shandong Province being the most famous of its kind. 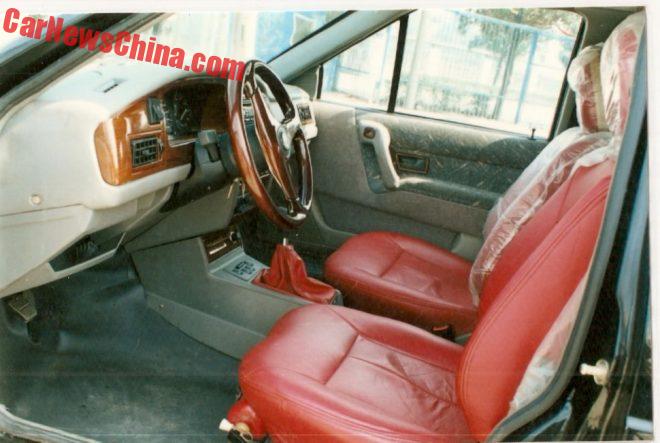 The interior is part Santana part Jinhua. The dashboard including the wood inlay is Volkswagen, but the center tunnel is designed by Gudian Qiche. Doors and seats are Volkswagen again. 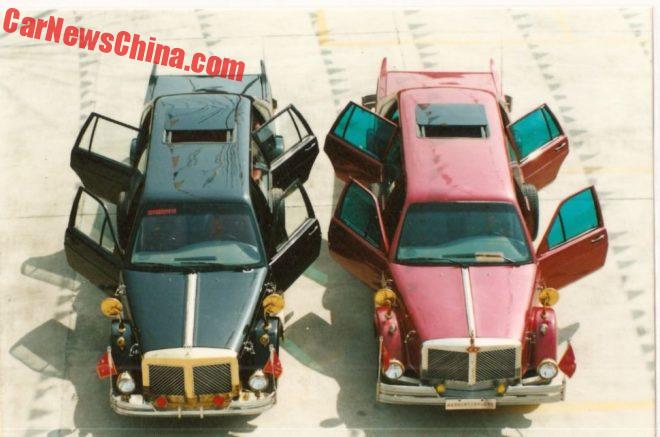 The Santana was cut in two and Gudian Qiche added 80 centimeters of body to create a stretched limousine. They didn’t change the doors, they are standard Santana. 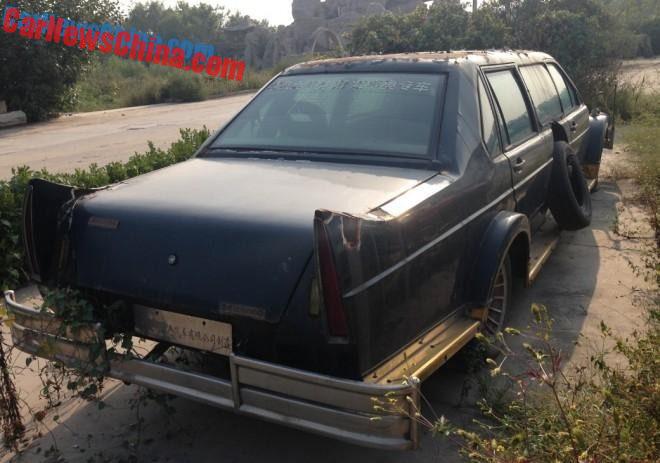 This is one of the cars I found in Beijing, the Santana 2000 is clearly visible at the D-pillar. Otherwise quite a lot of changes. The rear overhang is stretched to the max and fitted with two large tail fins with integrated light ornaments. The side step continues to the back of the vehicle, ending up in a huge heavily chromed bumper. This design is the same as on the cars on the old photos, except for one: 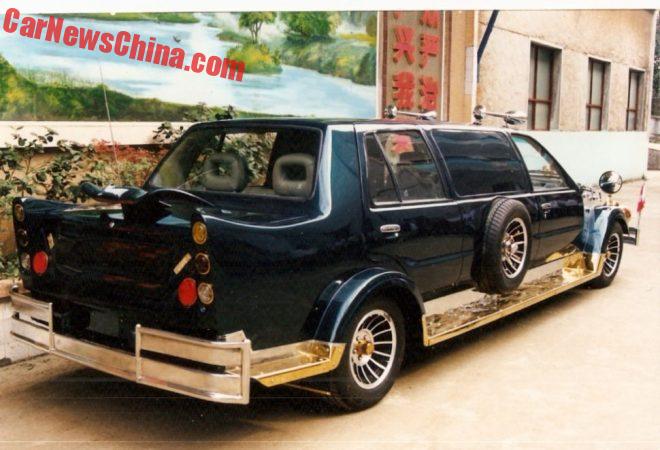 We also got this single photo of another Jianhua limousine with a different rear end. The D-pillar is completely different, and it seems to be shorter car. The rear end is dressed up with tail fins again, and it has a TV-antenna of some sort on the boot lid. The donor car is unknown. If you have an idea please let me know in the comments below. 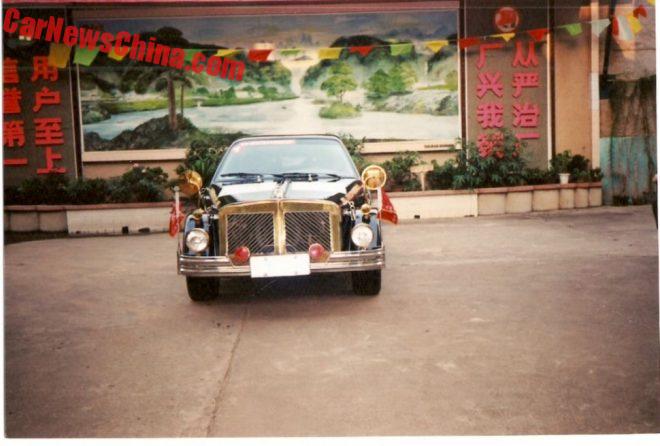 Two red lights in the bumper. 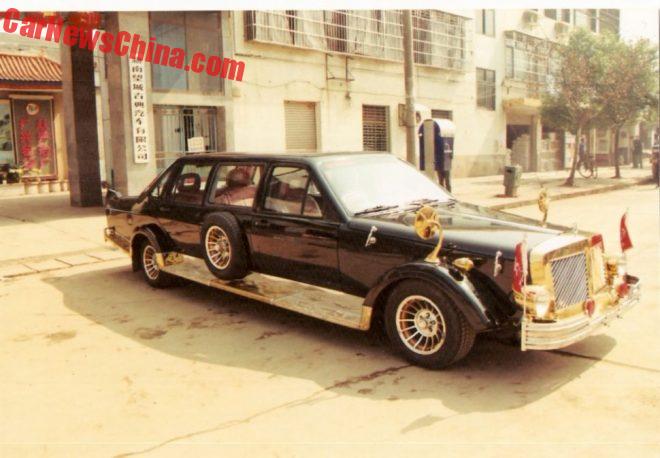 The standard design again, note D-pillar. The mirrors were masterfully crafted. Tires are much wider than on a Santana. This particular car has three rows of seats with the middle bench facing forwards, instead of rearwards as in the Beijing cars.

There is an interesting side story to the JH6620 24V3000. In 2002 the company tried to get it approved as a “designated limousine” for the 2008 Beijing Olympic Games, which were rewarded to the Chinese capital in 2001. An approval would have meant that Gudian Qiche would have been able to bid on vehicle-contracts and, if awarded, to become an official-vehicle-provider for the games. That of course would have been of tremendous value for sales and publicity. 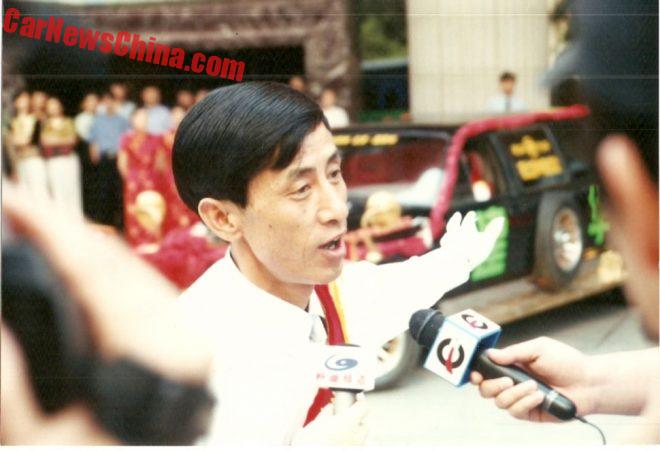 The company shipped one black limousine to Beijing. This is the chairman talking to the media. Sadly we do not know his name, but he sure was able to generate some publicity. 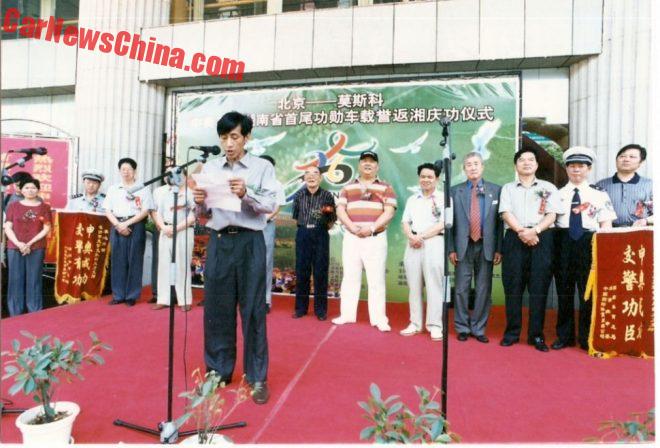 The chairman on a stage, he is joined by a bunch of dignitaries including what seems to be naval officer on the right and a policeman holding a banner on the left. Dress code indicates it was summer. 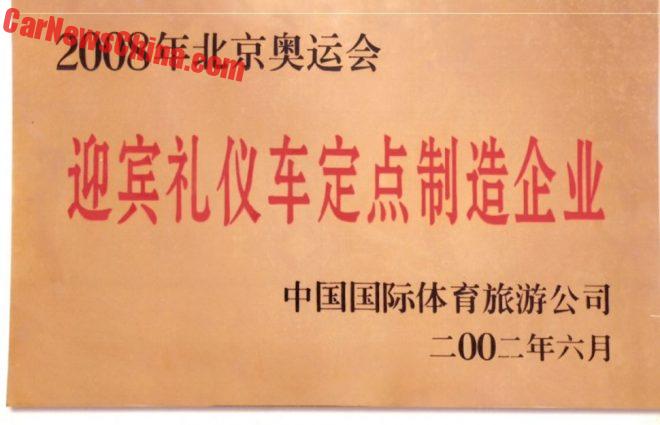 The handy chairman did in the end managed to get a real certificate in Beijing, issued in June 2002. It was however not an official Olympic-games-vehicle-designation by the Olympic Committee, but a “Contributing Car” (功勋车)(as in contributing to society) designation issued by the China International Sports Travel Company (CIST), a government-owned organization tasked with providing the vehicles for major sports events in China. CIST turned itself into a general travel agency later on, before it suspended business in 2012.

In 2002 however the designation was not without meaning, for it meant that Wangcheng Gudian was now entitled to bid on contracts to provide vehicles for any major sport event in China, except for the Olympic Games, which are overseen by a very strict regime when it it comes to cars and sponsoring.

So the chairman didn’t quite get what he wanted, but at least he got away with something. It seems however that the Jianhua JH6620 24V3000 was in the end never used at any sport event. It was probably just a tad too crazy for the sporty folks. 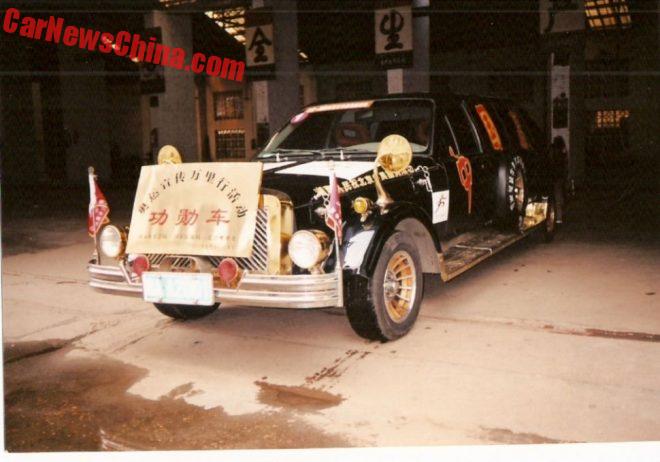 But they were proud of it nevertheless. Here is the same black car with a shiny 功勋车 plague on the bumper. As if the Jianhua JH6620 24V3000 wasn’t shiny enough yet!