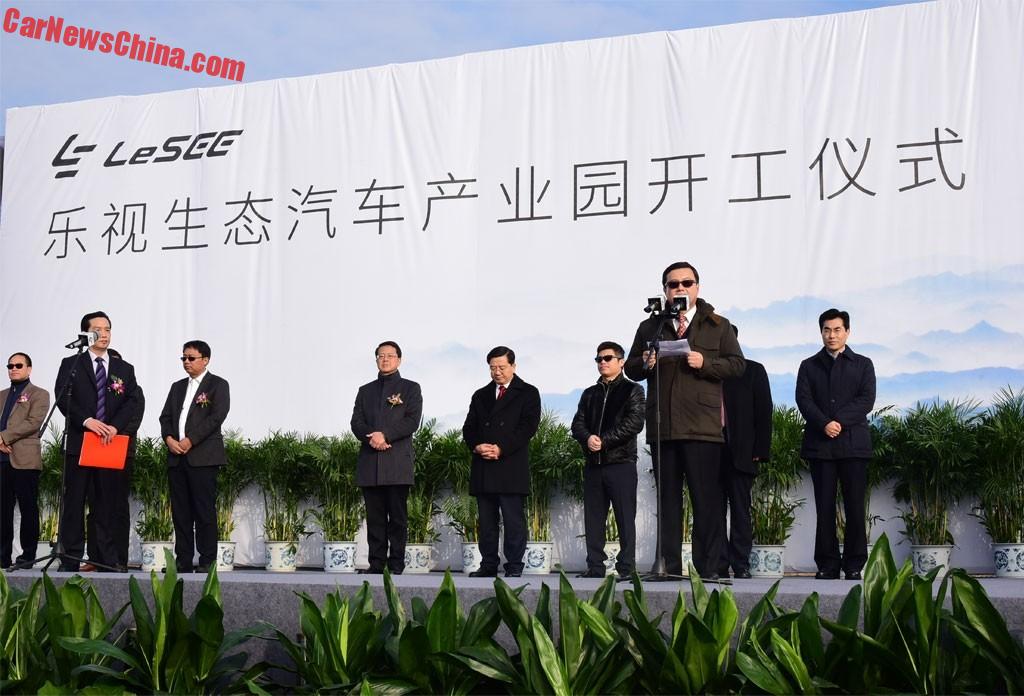 While the Faraday Future factory in Las Vegas is on hold LeEco continues with its planned new car factory in China. The company celebrated a “groundbreaking ceremony” in the currently very cold  Huzhou City in Zhejiang Province. The factory will make the LeSee electric sedan, dubbed the ‘Chinese Tesla Killer‘. Total investment is 20 billion yuan or 3 billion USD.

So far so good. But there are two buts. One: embattled CEO Jia Yueting was not at the ceremony, which is strange because he likes to be on stage very much. He sure was there when the factory was announced. Jia’s whereabouts are unknown.

Two: LeEco still hasn’t got a government license to produce cars. Any company that wants to make cars needs an official license. Without a license it would be operating illegally. LeEco apparently expects to get the license later on. A risky strategy. Jia is not very popular in Beijing at the moment, so there is a real possibility the license will be refused. 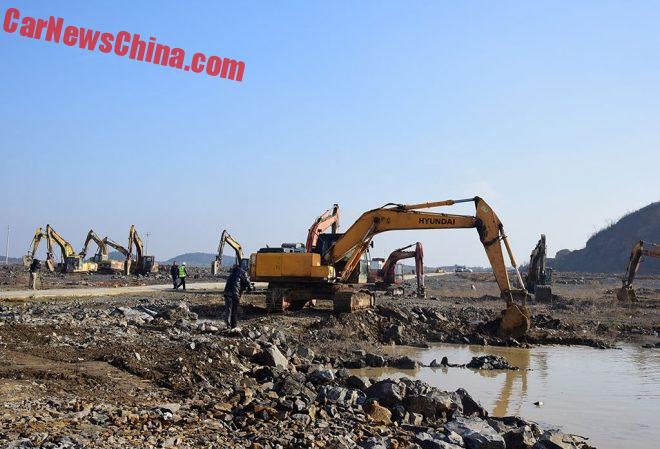 A bunch of excavators at work. It might look impressive but there doesn’t seem to be any coordination, or any trucks to haul the earth away. And anyone can rent these things for some 1200 yuan a day.

That is a lot of cars. I am skeptical, but Jia might just pull it off. If he is around, that is.