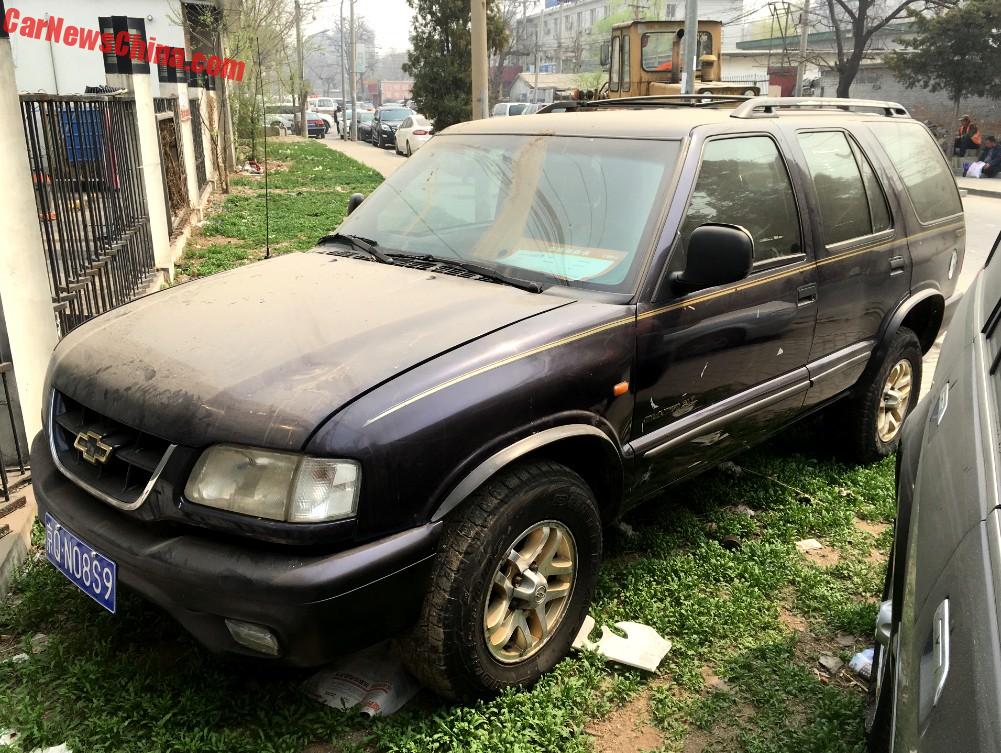 A beautiful black Chevrolet Blazer, Spotted in China on a crappy car market in east Beijing. The good Chevy was dusty and dirty but otherwise in a reasonable shape; paint was smooth and plastics fresh, and everything was original down until the alloys. 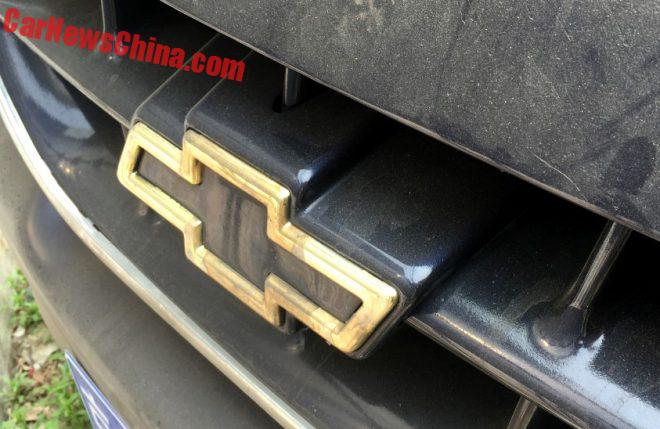 Jinbei-GM was founded in 1998 with a $230 million investment. Production of the Blazer and the related Chevrolet S10 pickup truck started in 2000 in a new factory in the city of Shenyang in Liaoning Province. Annual capacity was 50.000 units. 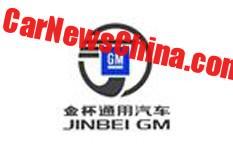 The Jinbei-GM joint venture was sadly not a success, sales were much lower than expected. The main reason were the high prices. In 2001 they were: 185.000 yuan for the pickup truck, 285.000 yuan for the 2.4, and a hefty 385.000 yuan (46.000 USD in 2001 exchange rates) for the 4.3. Furthermore, the thirsty and dirty engines of the Blazer ran into trouble with environment agencies in big cities, including in Beijing.

After muddling on for almost four years production was halted in early 2004 and the joint venture was disbanded. The shares of Jinbei were sold on to the Shanghai Automotive Industry Corporation (SAIC), GM’s partner in the Shanghai-GM joint venture, and the factory in Shenyang went on to make the first generation Buick GL8 MPV. General Motors still has a small joint venture with FAW, making the Kuncheng pickup truck. 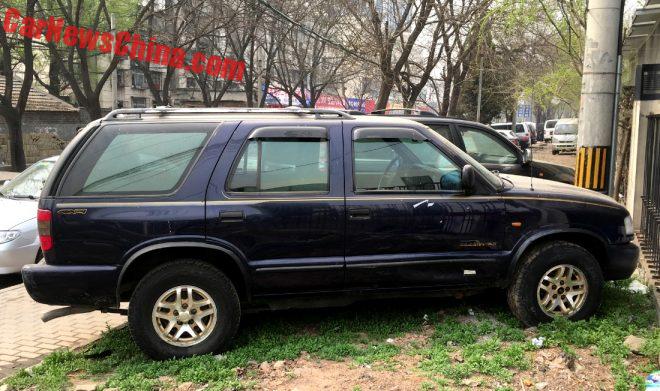 The Chinese Blazer was design-wise similar to the Brazilian-made Blazer, with a rounded front end and square-shaped headlights. It was available with two engines: a MPFI 2.4 liter four cylinder  and a Vortec 4.3 liter V6, both mated to a four-speed automatic or a five-speed manual.

Earlier on we met the China-made 2.4 and an imported example. 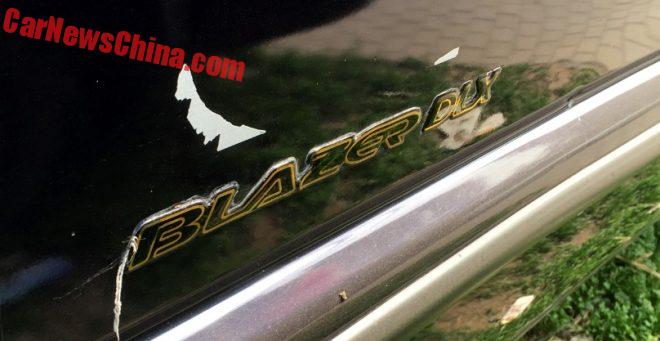 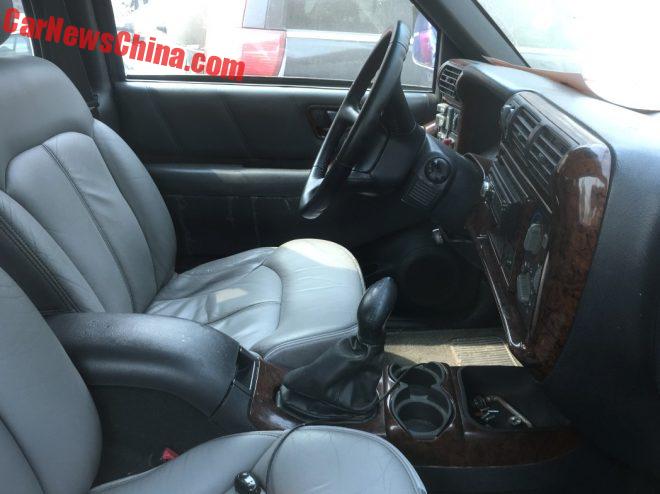 The interior looked very well for the years. Leather a bit worm but that is an easy fix. Plastic wood is good. Kinky leather-bound gear lever is original. Radio is sadly a cheap Chinese after-market thing, replacing the original radio-CD player. 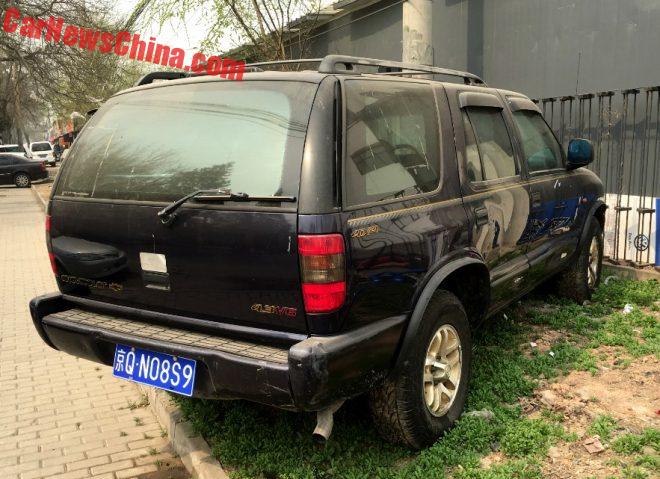 Some damage on the bumper. Odd pipe is original. 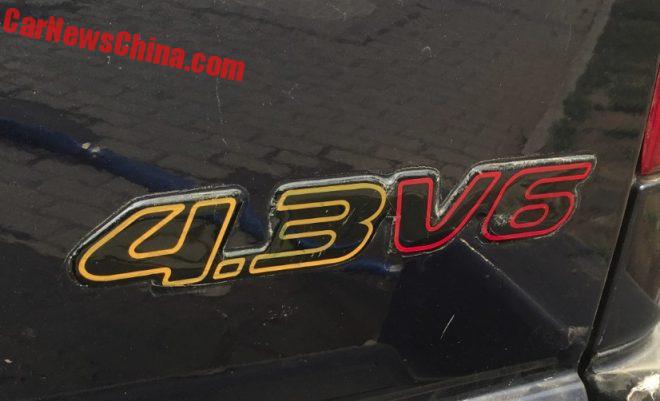 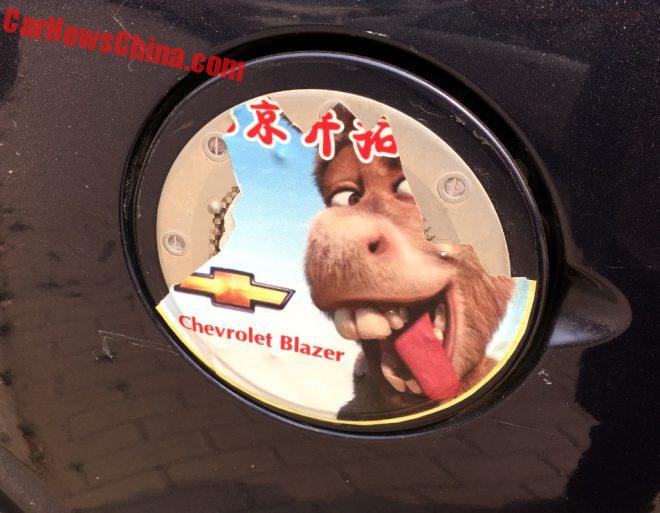 Chevrolet China used a moose to sell the Blazer. It didn’t really work. 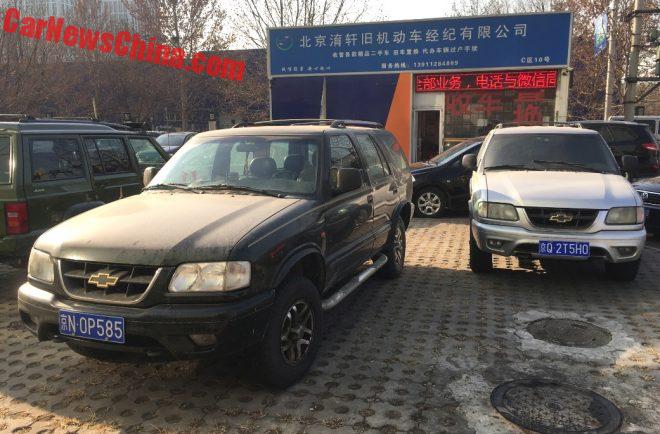 When I went back to the same market a few weeks later I met two more Blazer DLX 4.3 V6-es. Truly incredible. Seeing one is rare pleasure, but seeing two at the same time not long after seeing another is close to a miracle. May there be more!